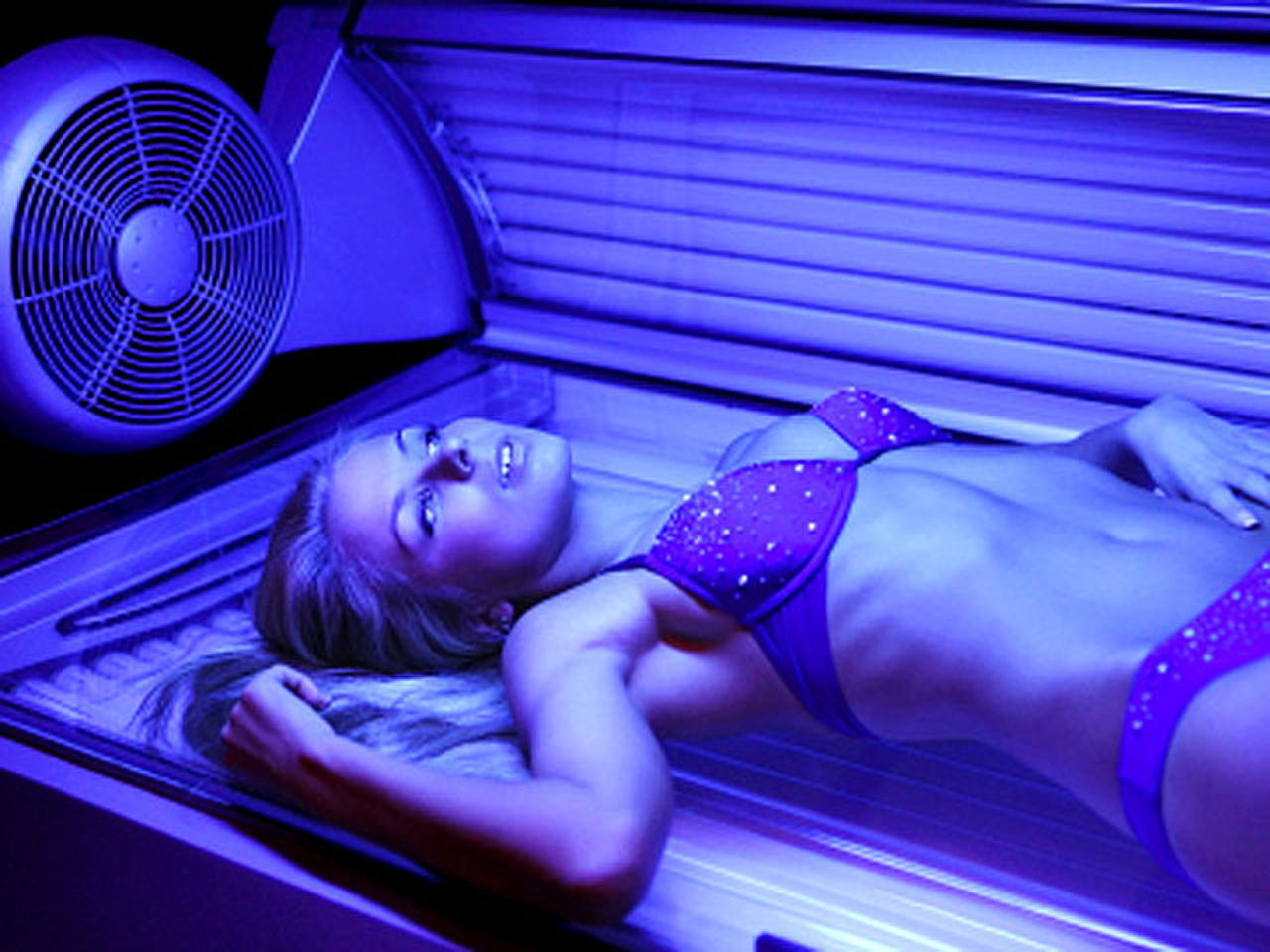 Despite widespread attention on the risks of indoor tanning, 29 percent of high school girls surveyed by the Centers for Disease Control and Prevention admitted they still do it.

"The high rates of indoor tanning among this population is very concerning," report coauthor Gery Guy Jr., who works with the division of cancer prevention at the CDC, told HealthDay.

The report was published online Aug. 19 in JAMA Internal Medicine. Data was used from the from the CDC's 2011 National Youth Risk Behavior Survey, which involved responses from more than 15,000 high school students.

Indoor tanning has been known to damage skin an increase the risk of skin cancer. Skin cancer -- which includes basal cell, squamous and the less common, yet more dangerous melanoma -- is the most common form of cancer in the United States. There were more than 2 million new cases in 2012, and under 1,000 people died last year, according to the National Cancer Institute.

An October 2012 study in BMJ linked tanning beds to 170,000 of non-melanoma skin cancer in the U.S. each year. Risk was significantly higher for people who used indoor tanning at a younger age.

"The numbers are striking,'' that study's author Dr. Eleni Linos, assistant professor of dermatology at the University of California - San Francisco, said in a written statement at the time. "This creates a huge opportunity for cancer prevention.''

The authors of the new study noted indoor tanning before age 35 increases the risk melanoma by up to 75 percent, while use before age 25 increases non-melanoma skin cancer risk by up to 102 percent.

By surveying girls at the time they turned 18 years old, the researchers found 44 percent of those who were white said they used a tanning salon in the past year, and 30 percent were frequent tanners, meaning they used facilities 10 or more times annually.

The study also showed that 25 percent of white women between ages 18 and 34 used indoor tanning in the year prior to being surveyed, but it becomes less popular as the women got older.

Dr. Sophie Balk, an attending pediatrician at the Children's Hospital at Montefiore in Bronx, N.Y., said to USA Today that young teens are usually taken to the tanning salon by their mothers, and it's important for doctors to discuss the dangers of the behavior with both parents and teens.

"Young people often think they're not susceptible to harm from risky behaviors," said Balk, who was not involved in the study.

In May, the Food and Drug Administration proposed putting a warning label on tanning beds to remind people that they are dangerous to people under the age of 18 due to skin cancer risk, and that frequent users should be regularly screened for cancer regardless of age.

Still, a survey conducted by Washington University School of Medicine in St. Louis earlier this year revealed that 65 percent of tanning salon operators in Missouri would allow kids as young as 10 to use their tanning beds. Forty-three percent of those surveyed said that indoor tanning had no associated risks, and 80 percent falsely said the process would prevent future sunburns.

Industry group Indoor Tanning Association objected to the implications that young women were putting their lives at risk by indoor tanning. They pointed out that 75 percent risk figure comes from people who use indoor tanning home units, and many of the stats included in the study were misinformed.

"CDC's short letter in JAMA calls for policy action, but in doing so ignores mountains of conflicting and confounding data which support teaching sunburn prevention to people of all ages instead of targeting sun abstinence campaigns at young women," a spokesperson for the Indoor Tanning Association told CBSNews.com in a statement. "It could not be any more clear that skin cancer rates are skyrocketing in men, and particularly men over age 50, but CDC has inexplicably ignored this group. We hope CDC accepts ASA's invitation to discuss this comprehensively and constructively."