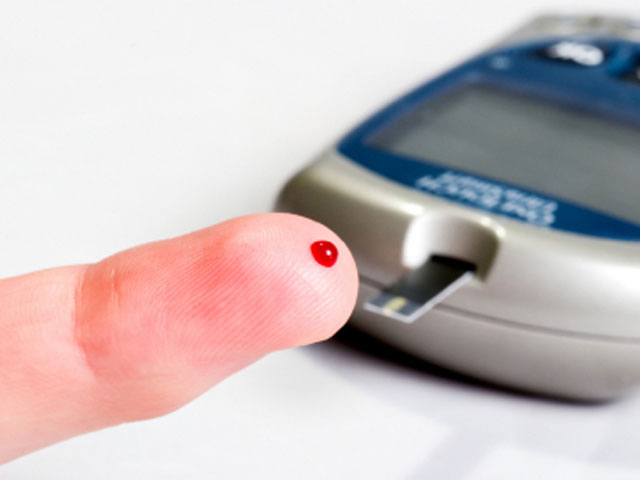 Diabetes has been linked to diabetes before, but a new study suggests people with high blood sugar who don't even have the disease still seem to face an added risk for Alzheimer's

Researchers say the new study's findings suggests a novel way to try to prevent Alzheimer's disease is by keeping blood sugar, or glucose, at a healthy level.

The new study tracked blood sugar over time in people with and without diabetes to see how it affects their risk for the mind-destroying neurological disease.

The results challenge current thinking by showing that it's not just the high glucose levels of diabetes that are a concern, said the study's leader, Dr. Paul Crane of the University of Washington in Seattle.

"The most interesting finding was that every incrementally higher glucose level was associated with a higher risk of dementia in people who did not have diabetes," Crane said in a statement.

"It's a nice, clean pattern" - risk rises as blood sugar does, added Dallas Anderson, a scientist at the National Institute on Aging, the federal agency that paid for the study. "This is part of a larger picture" and adds evidence that exercising and controlling blood pressure, blood sugar and cholesterol are a viable way to delay or prevent dementia, he said.

Because so many attempts to develop effective drugs have failed, "It looks like, at the moment, sort of our best bet," Anderson said. "We have to do something. If we just do nothing and wait around till there's some kind of cocktail of pills, we could be waiting a long time."

People who have diabetes don't make enough insulin, or their bodies don't use insulin well, to turn food into energy. That causes sugar in the blood to rise, which can damage the kidneys and other organs - possibly the brain, researchers say.

The new study, published in Thursday's New England Journal of Medicine, just tracked people and did not test whether lowering someone's blood sugar would help treat or prevent dementia. That would have to be tested in a new study, and people should not seek blood-sugar tests they wouldn't normally get otherwise, Crane said.

"We don't know from a study like this whether bringing down the glucose level will prevent or somehow modify dementia," but it's always a good idea to avoid developing diabetes, he said.

Crane did say that trying to eat less sugar -- or foods with a lower glycemic index -- may not help everyone.

"Your body turns your food into glucose, so your blood sugar levels depend not only on what you eat but also on your individual metabolism: how your body handles your food," he said in a statement. Walking and physical activity could help, he added.

The study involved 2,067 people 65 and older in the Group Health Cooperative, a Seattle-area health care system. At the start, 232 participants had diabetes; the rest did not. They each had at least five blood-sugar tests within a few years of starting the study and more after it was underway. Researchers averaged these levels over time to even out spikes and dips from testing at various times of day or before or after a meal.

Participants were given standard tests for thinking skills every two years and asked about smoking, exercise and other things that affect dementia risk.

After nearly seven years of follow-up, 524, or one quarter of them, had developed dementia - mostly Alzheimer's disease. Among participants who started out without diabetes, those with higher glucose levels over the previous five years had an 18 percent greater risk of developing dementia than those with lower glucose levels.

Among participants with diabetes at the outset, those with higher blood sugar were 40 percent more likely to develop dementia than diabetics at the lower end of the glucose spectrum.

The effect of blood sugar on dementia risk was seen even when researchers took into account whether participants had the apoE4 gene, which raises the risk for Alzheimer's.

At least for diabetics, the results suggest that good blood-sugar control is important for cognition, Crane said.

For those without diabetes, "it may be that with the brain, every additional bit of blood sugar that you have is associated with higher risk," he said. "It changes how we think about thresholds, how we think about what is normal, what is abnormal."