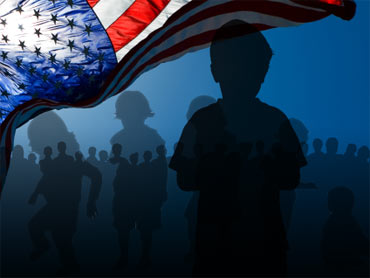 U.S. births fell in 2008, probably because of the recession, updated government figures confirm. The one exception to the trend was the birth rate among women in their 40s, who perhaps felt they didn't have the luxury of waiting for better economic times.

But birth rates fell for teen mothers, as well as women in their 20s and 30s.

"Women are postponing births to those later ages, above 40," said James Trussell, director of Princeton University's Office of Population Research.

Experts don't know for certain why so many are delaying having babies, though some suspect the economy is a big factor. However, "you get to the point where the biological clock starts ticking and people realize they have to do it," said Trussell, who was not involved in the research.

The new report on births was issued Tuesday by the Centers for Disease Control and Prevention. It's based on a review of more than 99 percent of birth certificates for the year 2008 — the first full year of the recession. Overall, the number of births declined 2 percent from 2007. It's the first annual decline in births since the start of the decade.

Experts say the most likely explanations are the recession and a decline in immigration to the United States, which has been blamed on the weak job market.

Some early birth information for the first six months of 2009 indicates a continuing decline of about 3 percent in total births, CDC officials said.

Last summer, the agency gave a first glimpse of the 2008 numbers. The new report confirms the birth rate decline, and also gives a breakdown of births by age group.

The trend in those numbers indicates that the older women got, the less willing they were to postpone a birth, said the new report's lead author, Brady Hamilton of the CDC's National Center for Health Statistics.

The teen birth rate dropped 2 percent — and the rate for Hispanic teenagers was the lowest reported in two decades. The teen birth rate had been declining from 1991 through 2005, but rose from 2005 to 2007. The new data indicate the spike has ended.

Experts note that the postponement theory may explain why younger women had lower birth rates, but doesn't fully get at why the rate for women in their early 40s rose so sharply.

Some speculated that more sophisticated assisted reproduction services may be paying off for older couples, or perhaps some divorced women are choosing to have additional children with a new partner later in life.

The new CDC report also showed that the percentage of babies born prematurely fell a bit, from 12.7 percent to 12.3 percent, an improvement celebrated by some health advocates.

From 1990 to 2006, the nation saw a 20 percent rise in the rate of premature births — a worrisome trend because preemies are more fragile. Experts believe premature births are the main reason the U.S. infant mortality rate is higher than in most European countries.

The 2008 decline may be a sign of new efforts by doctors and mothers to bring births to full term and, when possible, to have one baby at a time rather than twins, triplets or other multiples. Multiple births generally have to be delivered preterm.

"Things are starting to move in the right direction," said Jennifer Howse, president of the March of Dimes.