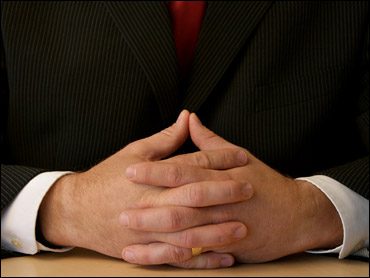 A new study shows female managers are more than three times as likely as their male counterparts to underrate their bosses' opinions of their job performance.

The discrepancy increases with women older than 50, the study states.

"Women have imposed their own glass ceiling, and the question is why," said Scott Taylor, an assistant professor at the University of New Mexico Anderson School of Management who conducted the study.

Taylor will present his findings Tuesday in Chicago at the annual meeting of the Academy of Management, a 19,000-member organization devoted to research and teaching.

"It's pretty fascinating, actually. It's a different take on it," said Leanne Atwater, a management professor at the University of Houston.

Atwater has researched the standard management assessment tool that Taylor was examining when he discovered the gender difference.

In the study, 251 male and female managers from different industries nationwide rated themselves and requested ratings from supervisors, peers and subordinates. Each subject also was asked to predict the ratings made by others.

Taylor collected the data for the study in 2005 while a doctoral student at Cleveland-based Case Western Reserve University.

The men who were studied slightly overestimated how their bosses would rate them, while the female respondents underestimated their ratings on average by about 11 percent.

Chelsea Walker, 52, an administrator for UNM's College of Pharmacy, participated in a similar exercise while taking Taylor's class and was shocked to find her results matched her professor's findings.

"I was very, very surprised by his responses," she said. "I guess that I just didn't think that he thought that highly of me, even though I thought pretty highly of myself."

The exercise was a confidence booster, Walker said. Now, she takes five minutes during weekly meetings with her supervisor to discuss what she's done on the job, something she thinks men do more easily than women.

"To me it's still uncomfortable to a certain degree," she said. "We're not out for the glory kind of thing. We're just out to get the job done."

Walker said her experience also reflected the generational difference found in the study.

"Younger women tended not to be as off-base in their predictions than middle-aged or senior women," Taylor said.

Taylor says the findings could indicate why many women don't rise to head companies or why there is a wage disparity between men and women.

In 2008, the Census Bureau estimated women receive only about 78 cents for every dollar that men get for doing equivalent jobs.

Bonnie Coffey, president of the National Association of Commissions for Women, said women are unable to predict their bosses' assessments because of media images, particularly those of older women, that show them as silver-haired beauties or grandmothers in dumpy dresses.

Cara Waymire, vice president for human resources at insurance brokerage Hub International in Albuquerque, said when she works with female employees on getting raises or promotions, she notices they are more likely to focus on shortcomings rather than accomplishments.

"They think the boss needs to think they hung the moon in order for them to ask for anything," Waymire said.