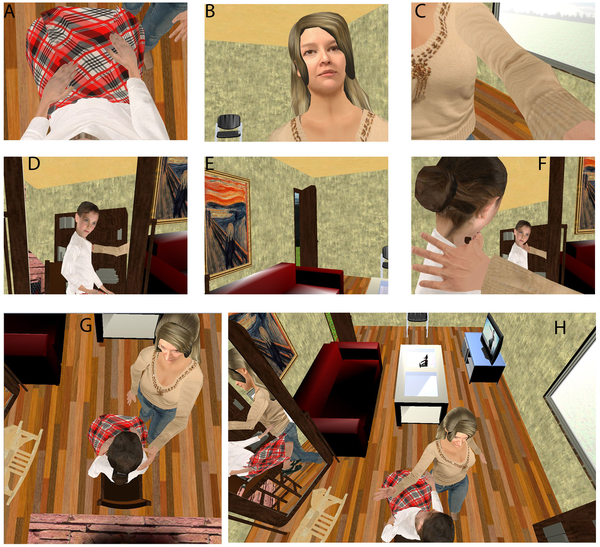 A study published this week in the online journal PlosOne suggests that humans participating in immersive virtual reality games will react to virtual sensations as if they were experiencing them in real life.

The experiment sought to generate a "body ownership illusion" where the virtual body did not visually resemble the real participants, sometimes switching gender. "The reasoning was that if it were the case that the illusion could be generated in these circumstances then it should also be possible in a range of other less extreme situations - without gender change, with less of a radical difference between the participant's own body and the virtual body," the authors wrote.

Though researchers have heretofore successfully created the illusion of swapping bodies for so-called out-of-body experiments, this time they able to foster perceptions of perspective, movement and touch at the same time.

The researchers recruited 24 male college students in Barcelona, Spain, none of whom had ever participated in virtual reality games. LiveScience has a good summary of what happened next:

Male volunteers donned virtual reality goggles and took on the view of a virtual teenage girl sitting in a living room. The virtual girl's mother appeared to stroke her shoulder at the same time a real lab assistant stroked the shoulders of the volunteers.

Suddenly, the virtual mother slapped her daughter about the face three times with accompanying sound effects. The male volunteers all experienced a strong bodily reaction measured as rapid deceleration of their heart rates in response to the sudden threat, because they reacted to the virtual slap as if it were real.