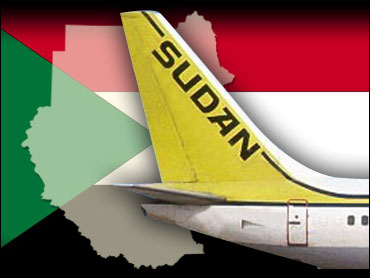 A Sudanese airliner plunged into a hillside while attempting an emergency landing Tuesday, killing 116 people and leaving one survivor — a 3-year-old boy found injured but alive amid a scene of charred corpses.

The Sudan Airways plane, headed from Port Sudan on the northeastern coast to the capital, crashed before dawn in a wooded area just after takeoff. The Boeing 737 wreckage was badly burned, and authorities decided to rapidly bury all bodies, including eight foreigners.

"The bodies were buried in a mass grave after performing the Muslim prayer because the conditions of the bodies would not allow transporting and delivering them to the relatives," the Red Sea State governor, Hatem el-Wassila, told the official Sudan News Agency.

The governor said the sole survivor, 3-year-old Mohammed el-Fateh Osman, had lost his right leg and suffered burns. The boy was in intensive care at the Port Sudan hospital, and doctors said he was in stable condition, el-Wassila said.

Eleven crew members and 105 passengers died, including three people from India and one each from Britain, China, Ethiopia, and the United Arab Emirates. There was also a woman whose nationality was unknown, state radio said.

A senior air force official and a member of Parliament also died in the crash, it said.

A team of experts flew to the debris-covered scene to investigate the crash, and recovered the black box flight recorder. Initial reports cited a technical problem.

About 10 minutes after takeoff, the pilot radioed the control tower about a problem in one engine, the Red Sea State governor told the Sudan News Agency.

The pilot announced he was returning for an emergency landing, but the plane went down a few miles outside the airport, the governor said.

A local journalist described the scene after the crash.

"Bodies were scattered everywhere, burned and charred and could be seen all over the place," Muhammad Osman Babikir of El-Sahafa daily said by phone. "There was no way of performing the Muslim ritual of washing the bodies. It was horrible."

"This is a sad incident," he said, during a visit to Mozambique. "We simply cannot get the parts to maintain our airplanes."

He called on President Bush, who is on a tour of Africa, to drop the sanctions. The United States imposed sanctions claiming Sudan sponsored terrorism, allowed human rights abuses and destabilized neighboring countries.

Sudan has suffered few passenger-plane accidents in recent years, but several crashes of military aircraft during a 20-year-old civil war.

Two years ago, a military-plane crash in the south killed the country's deputy defense minister and 13 other high-ranking officers.

In 1996, a Sudanese passenger jet crashed during a sandstorm while trying to make an emergency landing outside Khartoum, killing 50 people. A decade before that, the rebel Sudan People's Liberation Army shot down a Sudan Airways aircraft shortly after it took off, killing all 70 people on board.

The rebels have been fighting for greater autonomy for the mainly Christian and animist south from Sudan's Islamic government. Fighting has raged mainly in the south.

Port Sudan, in the northeast, is the country's only significant port. It is also the site of the national oil refinery and the terminal of the pipeline from oil fields of south-central Sudan.