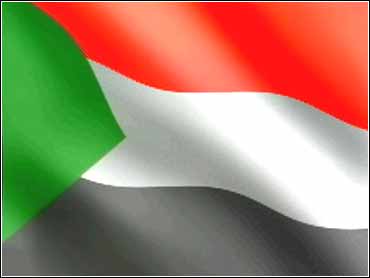 Sudanese military spokesman Sawarmy Khaled said the pilots were kidnapped on Sunday in Nyala, the provincial capital of South Darfur province, and the army had surrounded the neighborhood where they are believed to be held.

The kidnapping comes just a month after another Russian helicopter pilot was abducted by janjaweed militiamen in Darfur after his helicopter was forced to land. The pilot, who also worked for the joint U.N.-African Union peacekeepers, was eventually recovered.

In its account of Sunday's kidnapping, the Sudanese daily al-Sahafa said three pilots were kidnapped as they left the Nyala airport heading for downtown.

Darfur has been in turmoil since February 2003, when ethnic African rebels took up arms against the Arab-dominated Sudanese government in Khartoum, claiming discrimination and neglect.

Khartoum is accused of retaliating by arming local nomadic Arab tribes and unleashing militias known as the janjaweed on civilian populations — a charge the government denies.

The U.N. estimates 300,000 people have died and 2.5 million have been displaced by the conflict.