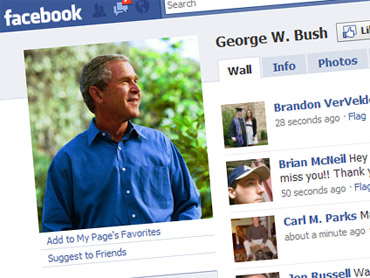 Parents and students alike are constantly reminded of problems like drug and alcohol abuse and unsafe sex on college campuses.

But relatively few are warned about suicide.

A study by the American College Health Association showed that 15 percent of students meet the criteria for clinical depression.

It's a topic cloaked in stigma and shame, but more colleges and universities are choosing to confront it, rather than wait until it's too late.

Just like other services on campus, parents should encourage their college kids to take advantage of counseling available there.

It's also a good idea for parents to know some of the warning signs for suicide.

Warning signs and examples may include:

Changes in Behavior: If someone starts talking about suicide, or seems like he is saying goodbye.

Deterioration of Normal Functioning: If grades are slipping, or a person can't sleep or sleeps too much.

Precipitating Event: A breakup, getting cut from a team, the loss of a family member.

Nathan Eisert, 20, took his own life in his college dorm two years ago. In a cemetery on the outskirts of Louisville, Ky., you'll find the message "Tell them Momma, a life's too much to lose" on his small headstone.

The message is for Nathan's friends, says his mother, Jan Ulrich, adding, "I want them to see that message, because I think it's from Nathan, you know, I really do. I think Nathan sent that message for me to pass along. And when they come to the gravesite, it's what I want them to walk away with."

They say that college is supposed to be the best time of your life and, for Nathan, it started that way.

Always a lover of basketball, the 6-foot 5-inch player secured a spot on the Western Kentucky team as a walk-on.

"He was having a blast," says Stephen Ulrich, Nathan's stepfather, "Every time the team got ahead in the game, you'd hear the guys in the crowd and everybody chanting, 'Nathan, Nathan.'"

But early in the second season, Nathan injured his foot. He lost his place on the team but never told his family.

"We're not realizing that because he couldn't play, because he wasn't achieving, in his mind that he wasn't measuring up. So all of a sudden, he's sinking. Right before everybody's eyes, he's sinking, and we don't even see him sinking," says Ulrich.

Nathan hit rock bottom. And when he didn't show up for a family event, his father went looking for him.

And then the phone rang; it was Nathan's dad. He said, "Where are you?" As soon as Ulrich said that, Nathan's mother replied, "Uh-oh... Don't tell me what you're gonna tell me. I-- don't tell me."

That's when he told her, "He's dead. He shot himself."

How did things go so horribly wrong, so quickly?

Jan and Stephen say they didn't recognize the signs and that Nathan never asked for help.

Their story's all too common: suicide is second only to accidents as a leading cause of death among college students.

A major problem, according to Phil Satow, is that a large number of students are away for the first time in their life and that can be traumatic. Phil and Donna Satow became experts on the topic after their son, Jed, a student at Arizona State University, committed suicide in 1998.

"There are so many new pressures that they're facing: peer pressures, expectations of parents of high grades. Young people don't want to disappoint, " says Phil, "so there's a whole series of things that happen specifically at that time"

The Satows created the Jed Foundation to urge college administrators and parents to face the problem of campus suicide head-on.

Part of what the Jed Foundation is trying to do is bring attention to these college presidents that this is extremely important.

Now some schools are getting the message.

Emory University in Atlanta is taking a proactive approach, asking kids in classrooms how many of them have had a friend of loved one that they know committ suicide.

They add that by looking around, one can see that this is not an insignificant topic that they are talking about for their age group.

Students at Emory are required to take a health class during which they watch a film that features friends and relatives of college suicide victims.

It's a project of the American Foundation for Suicide Prevention designed to remove some of the stigma of depression and thoughts of suicide.

"It takes a lot of courage for students to come and seek mental health services. Still, even though I think it's better than it used to be, it's still a difficult decision for college students to make," says Mark McLeod, director of counseling services at Emory.

The Ulrichs hope that by telling their story, they'll encourage others, including administrators, parents and the students themselves, to reach out.

"It's too late for us to save Nathan, but it's not too late to save another family and another Nathan out there, because there's another kid out there that's screaming for help," says Stephen Ulrich.