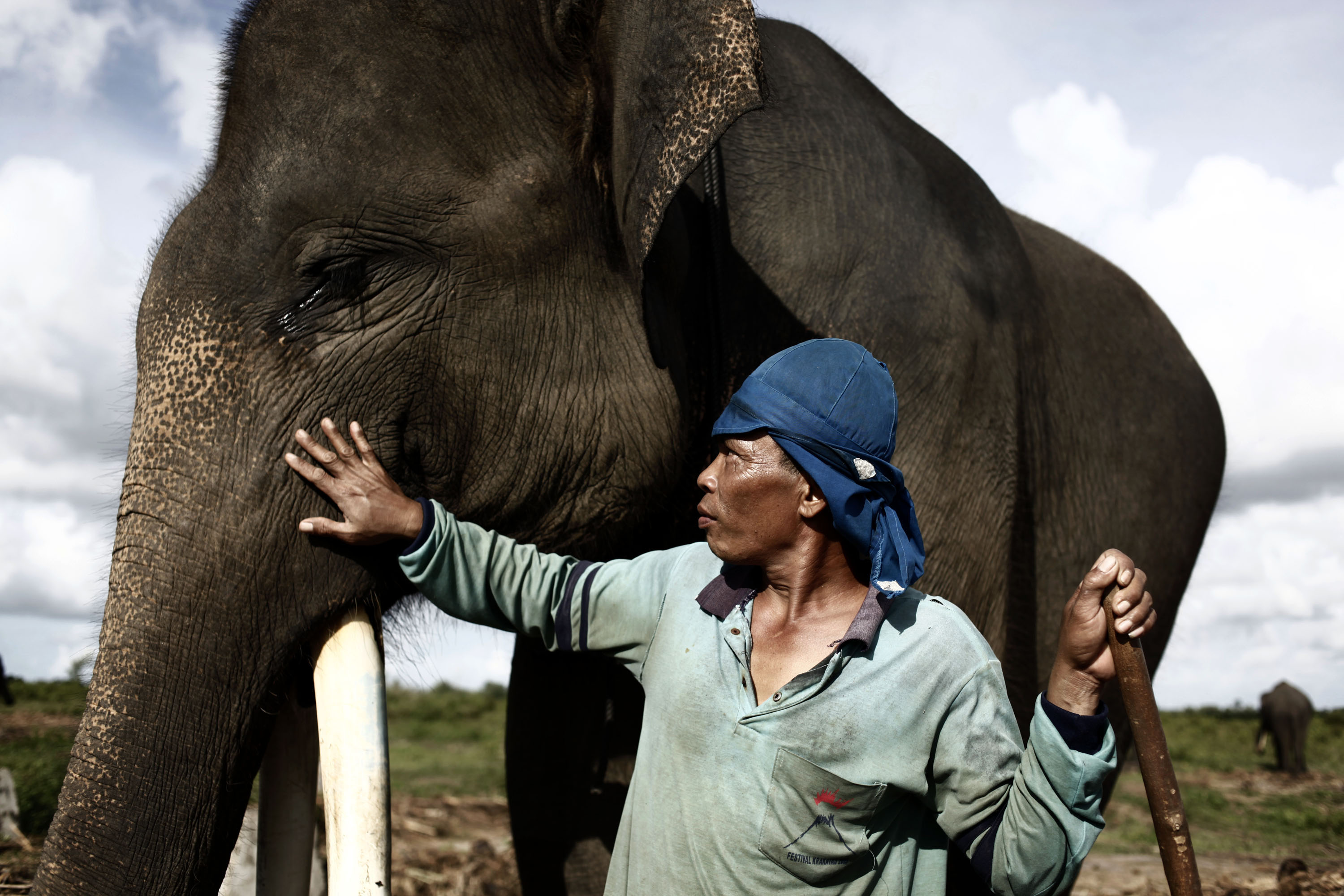 SOLO, Indonesia - An endangered Sumatran elephant charged a woman who was taking photographs, trampling her to death Wednesday at a tourist spot on Indonesia's island of Java.

Pardiyanto, an official at the reservoir, said one of the elephants charged Warahapsari while she was taking photographs in an open area. She ran but returned to retrieve her dropped cellphone. The elephant caught her in its trunk and threw her to the ground. The 25-year-old Warahapsari died of severe injuries.

"It was tragic," said Pardiyanto, who goes by one name. "People saw this giant animal trample her but they could not do anything to help her," he said.

Only 3,000 Sumatran elephants are believed to remain in the wild. They're threatened by shrinking habitats and poaching.

The two elephants were brought to the reservoir from a zoo in a neighboring town last month to attract more visitors.