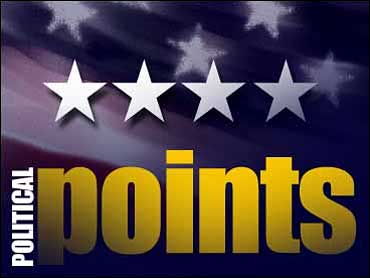 
As I clean off my desk in preparation for summer vacation, there remain a pile of stories not done, leads not fully checked, sources that went dry and questions not answered. Some are leftover from last year’s campaign and may never answered. For now, all will have to sit—or be followed up by someone else. I’m off to the beach but here’s the list of things I’d like to know:

1. What really went on in Austin with that tape showing George W. Bush in a very testy mock debate session, which was sent to Al Gore’s friend, Tom Downey? Yvette Lozano, office manager for Bush media consultant Mark McKinnon, pled guilty and spared the Bush political staff from a public spectacle, but what was her motivation? She’s never talked about “why” she did it. Did she act alone? Was it politically motivated? Issue oriented? What makes a trusted employee and friend turn traitor?

2. Did the Gore campaign high command really not know about George Bush’s DUI in Maine in 1976? Having the story come out through an eccentric Democratic operative in Maine via Fox TV the week before a very close election reeks of political intrigue. This one sounds like a tale that usually comes out years later over beers - when the campaign and candidates are faint memories.

3. What does Colin Powell really think about the Bush administration’s “a la carte multinationalism,” a.k.a. unilateralism, a.k.a isolationism. Powell's former colleagues believe he must be uncomfortable with the administration’s decision to reject or back away from a host of international treaties including global warming, a nuclear test ban, the International Criminal Court, antiballistic missile controls and biological weapons. But is he? Is Powell fighting this on the inside? Or just picking his fights and focusing on other things?

4. Why were we ignorant of the fact that so many ballots were not counted and voters turned away from the polls in past elections? A recent study of the 2000 election by MIT and Cal Tech suggests that 4 to 6 million votes were “lost” due to faulty equipment, registration mix-ups, polling place operations and confusing ballots. With the thousands of political reporters covering campaigns, why was something of this magnitude never uncovered?

5. Why did the drive for campaign finance reform run out of gas? This spring many believed this would be the year it would finally happen. John McCain was in full form, the debate in the Senate captured the attention of the media and public pressure forced reluctant Democratic Senators to vote for the bill. But, in July when the bill was pulled from the House floor there was barely a whimper. Where's the "blood on the floor of the Senate," promised by McCain? So fa the parties have raised $172.9 million for the 2002 elections.

6. Where are all the cures for diseases which were supposed to happen if fetal tissue could be used for research? As the debate moves from fetal cells to embryonic stem cells the rhetoric sounds familiar. Do liberals really believe that opponents don’t want Parkinson’s disease to be cured?

7. Why didn’t anyone seem to care that well into the administration Dick Cheney still owned more than $7 million dollars in Halliburton stock options. He’s announced that they will go to charity when they are exercisable but in the meantime their value can increase. And, while we’re on the subject of Cheney, why isn’t there more clamor for him to turn over the records for his White House meetings on energy policy? Why all the uproar over Hillary’s secret health care meetings and not over Cheney’s?

8. What ever became of the energy crises and the blackouts we were supposed to have this summer? Was there ever a crisis in the first place? Gas is less expensive than it was last year … but should I pack my flashlight and candles just in case?

9. What’s going on with John Ashcroft’s PAC, the Spirit of America. It raised $18,000 this quarter and the treasurer says they plan to be politically active in the 2002 elections. Has Ashcroft resigned from it? If he has, are they using his campaign lists?

10. Who really won Florida and what’s taking the consortium of media organizations so long to report the results of their count? And speaking of Florida, what exactly was Secretary of State Katherine Harris doing in Barbados, Australia etc, to help the state on her $3.4 million travel budget?

11. Why has Bill Clinton, who left the White House under a huge cloud, already made a big flashy comeback, while Al Gore, who won the popular vote for president, still suffers in silence while growing a beard? Oh, forget it, I know the answer to that one.