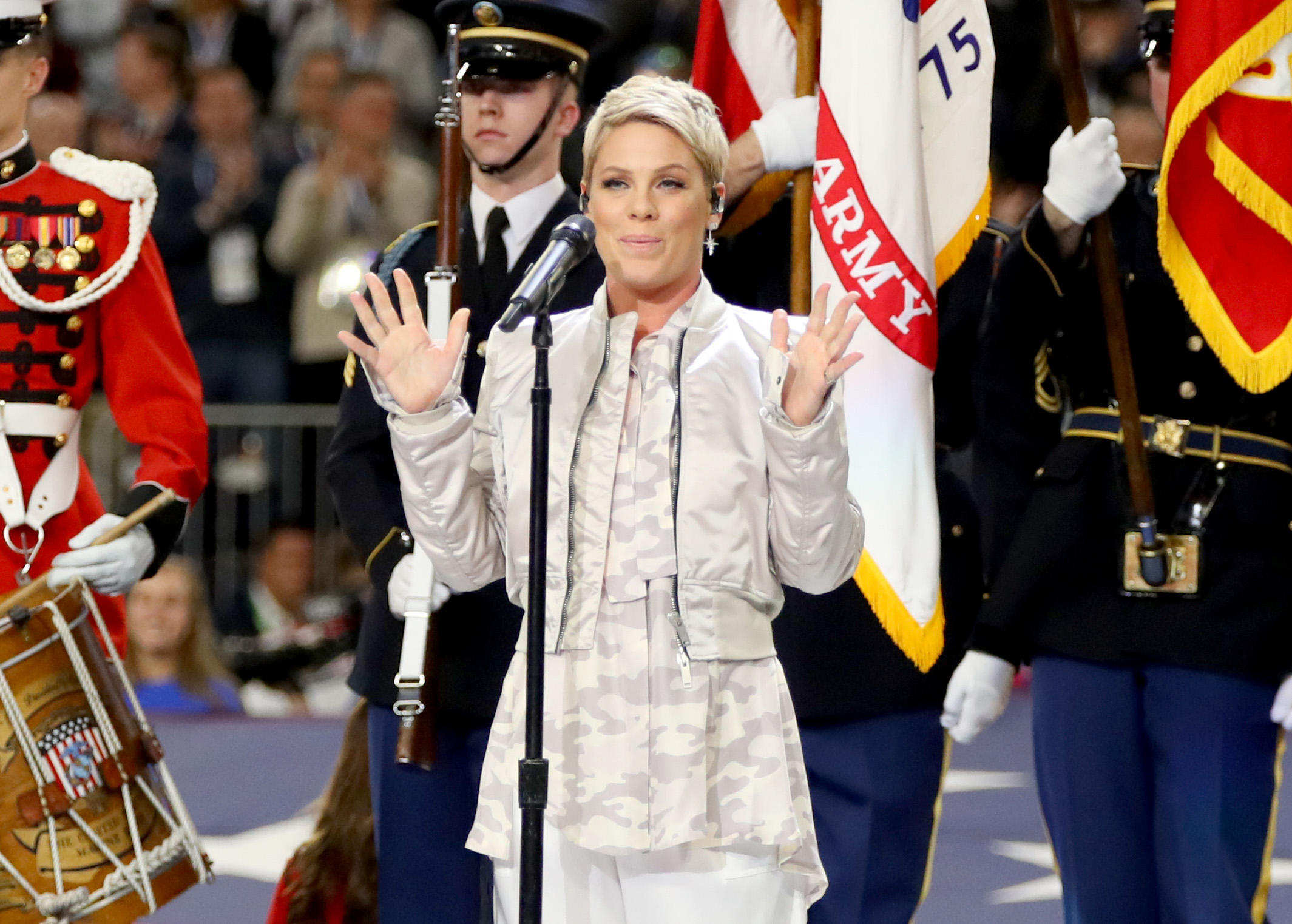 MINNEAPOLIS -- Not everyone is watching Super Bowl 52 for the love of football -- celebrities are a big part of the day, too. Some of the celebrities who attended the game included Bradley Cooper, Gwen Stefani, Blake Shelton, Steph Curry, Diddy, former Vice President Joe Biden, Kevin Hart and Tiffany Haddish.

They all watched the Eagles defeat the Patriots, 41-33.

Here's a breakdown of what happened with entertainers on Sunday in Minnesota.

J.Lo on date night with A-Rod

Jennifer Lopez and Alex Rodriguez continued to celebrate their one-year anniversary at the Super Bowl.

The two were seen holding hands backstage at the U.S. Bank Stadium ahead of Justin Timberlake's halftime performance. When asked by a reporter what he thought of the game, Rodriguez said he was enjoying it.

Lopez gave a shout-out to her beau at a concert in Minnesota on Saturday night, saying "today is a very special day."

"I don't want to get all mushy but baby this song is for you, she said before performing her new single, "Us."

Even though Janet Jackson didn't end up performing with Justin Timberlake for his halftime show, the superstar was on the minds of many during Super Bowl 52.

According to Twitter, from Saturday evening to Sunday evening there were more than 350,000 tweets about Jackson, with 250,000 posts using the hashtag #JanetJacksonAppreciationDay.

Jackson was the Super Bowl halftime performer 14 years ago, with Timberlake as her special guest when he ripped off a portion of her top as the two performed his hit, "Rock Your Body." A huge backlash ensued, and Jackson's career suffered a backslide, while Timberlake's flourished. Some Jackson fans are still angry, and started the hashtag in Jackson's honor.

While there were rumors Jackson might reunite with Timberlake at this year's halftime performance, she shot them down with a statement over the weekend.

Leslie Odom Jr. said he wanted to pay tribute to his ancestors with his performance of "America the Beautiful" at Super Bowl 52.

Odom Jr. earned his roaring applause Sunday. After the performance, in his suite at the U.S. Bank Stadium, he admitted he was "very nervous" before he hit the field, where he was backed by the Angelica Cantanti and ComMUSICation Youth Choirs.

"I wanted to be an example to those kids because I know they were nervous behind me, and I just focused on that," he said.

The Tony-winning performer, best known as Aaron Burr in the monster Broadway hit "Hamilton," was greeted by several people at the stadium, stopping him to say he did a wonderful job.

"It's cold outside but inside, you feel it, it's warm, it's inviting, it's pleasant," he added.

Kelly Clarkson says she's not worried about Pink nailing the national anthem at the Super Bowl despite having the flu.

When asked if she would fill in for Pink if needed, Clarkson said, "I don't think Pink will need anybody to fill in for her. Even Pink with the flu is still hands down one of the best vocalists of our generation."

Clarkson added: "I would take Pink's voice on a flu day any day."

Pink performed sick at a concert Friday in Minnesota and said it's easy to become under the weather when you're a mother of two children. Clarkson echoed her sentiments.

"Our babies are right in our face, like the saliva, the mucus membranes are all around us," she said. "We both have toddlers and I mean, they're literally little petri dishes of disease walking, they just have everything. So we're sick sometimes."

Clarkson was one of the tailgate performances Sunday at Nomadic Live at The Armory. She said she enjoys performing for sports fans.

"The fun thing that you can always expect is it's never going to be a dead crowd because either A, they're drinking already or B, the energy of sports fans in general, they're just excited to be here (and) they're excited for their team," she said.

Though Clarkson is a Dallas Cowboys fan, she said she's rooting for the Philadelphia Eagles over the New England Patriots.

"My nanny is a huge Eagles fan, so we're all Eagles today. And they're the underdog, right? So, you know, it's kind of cool," she said.

Sheila E. has a strong connection to Minneapolis because of her ties to Prince, calling the city "my second home."

"It's great to be back. The people have been so gracious here, really cool, and been doing so many wonderful things with us and for us," she said. "The hospitality that they have shown has been amazing. So it's really nice to be back."

Sheila E. was engaged to Prince and they worked on a number of memorable songs, including the funky '80s hit "The Glamorous Life."

Sheila E. was born in Oakland and the Grammy-nominated performer is a San Francisco 49ers fan.

"Now we have a new quarterback, that's good, so maybe next year we will get somewhere," she said, referring to Jimmy Garoppolo, who joined the 49ers last year.

She also said she's a fan of the Minnesota Vikings and the New Orleans Saints. For Sunday's game, she said "if I had to choose between the two, probably Philly."