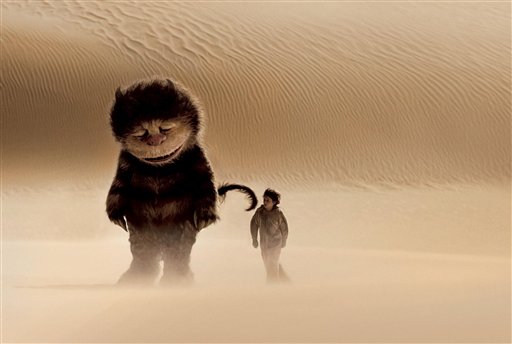 Advertising's auteurs kept it quirky on Super Bowl Sunday, with humor a prime ingredient in most commercials as Americans weary of war talk and a gloomy economy were given a chance to chuckle.

Brokerage Charles Schwab noted the fear of Wall Street's three years of declines, offering a man sprinting through his neighborhood, pursued by an unseen foe. The man is finally cornered in a backyard by the mail carrier — delivering a brokerage statement.

TV's newest favorite family, the Osbournes, showed up in an ad for Pepsi with Ozzy Osbourne having a nightmare that his children had turned into Donny and Marie Osmond and his wife into Florence Henderson of "The Brady Bunch."

The game's biggest ad buyer, Anheuser-Busch, tweaked pro football's review rule and the league's troubled officiating this season with a zebra pulling referee duty during a game between horses. (The ad aired, coincidentally, right before the Tampa Bay Buccaneers challenged a turnover call and had it reversed.)

Super Bowl commercials are traditionally among the most coveted and prestigious in the advertising world, with a television audience topping 100 million people and few channel surfers. The night offers advertisers a forum for exhibiting their skills, and reach a wide, diverse group of people — some of whom watch solely for the ads.

This year's 30-second slots sold for between $2.1 million and $2.2 million, about 10 percent more expensive than last year. For the second consecutive year, Anheuser-Busch was the game's largest advertiser, with 11 spots.

About 40 percent of the game's ad spots were bought by four advertising behemoths, Anheuser-Busch, General Motors Corp., Sony and PepsiCo.

Michael Jordan showed up in two campaigns, including a new one for Hanes. In the spot, Jordan smirks as actor Jackie Chan scratches at the shirt tag rubbing his neck. The ad shows off Hanes' new tagless T-shirts.

Big-budget movies played their usual role, with Arnold Schwarzenegger on hand to tout his summer action flick, "Terminator 3," and Warner Brothers offering many viewers their first peeks of the two new "Matrix" movies scheduled to be released this year.

Pizza Hut used the game to unveil its newest pie, the stuffed crust "gold" pizza, which has a ring of cheddar cheese melted around the crust.

McDonald's offered a humorous twist on the bad day of a bedraggled middle-age Dad: his equally frazzled young son forced to contend with a flat tire on his bike and a surprise math quiz at school. Then Mom offers McDonald's, to which the precocious adolescent replies, "That's what I love about that woman."

In a spoof of his past tax problems, country crooner Willie Nelson decides to shoot a shaving cream commercial to help pay a $30 million tax bill. The ad was for H&R Block, the tax preparation company.

HotJobs, the job-search company that's part of Yahoo! Inc., bucked the trend with a somber commercial showing people at work singing about rainbows.

"We just feel that this year, given what's going on in the economy and in the environment in general, that a more respectful point of view and approach of job search is what's needed," said Marc Karasu, HotJobs' vice president of advertising.