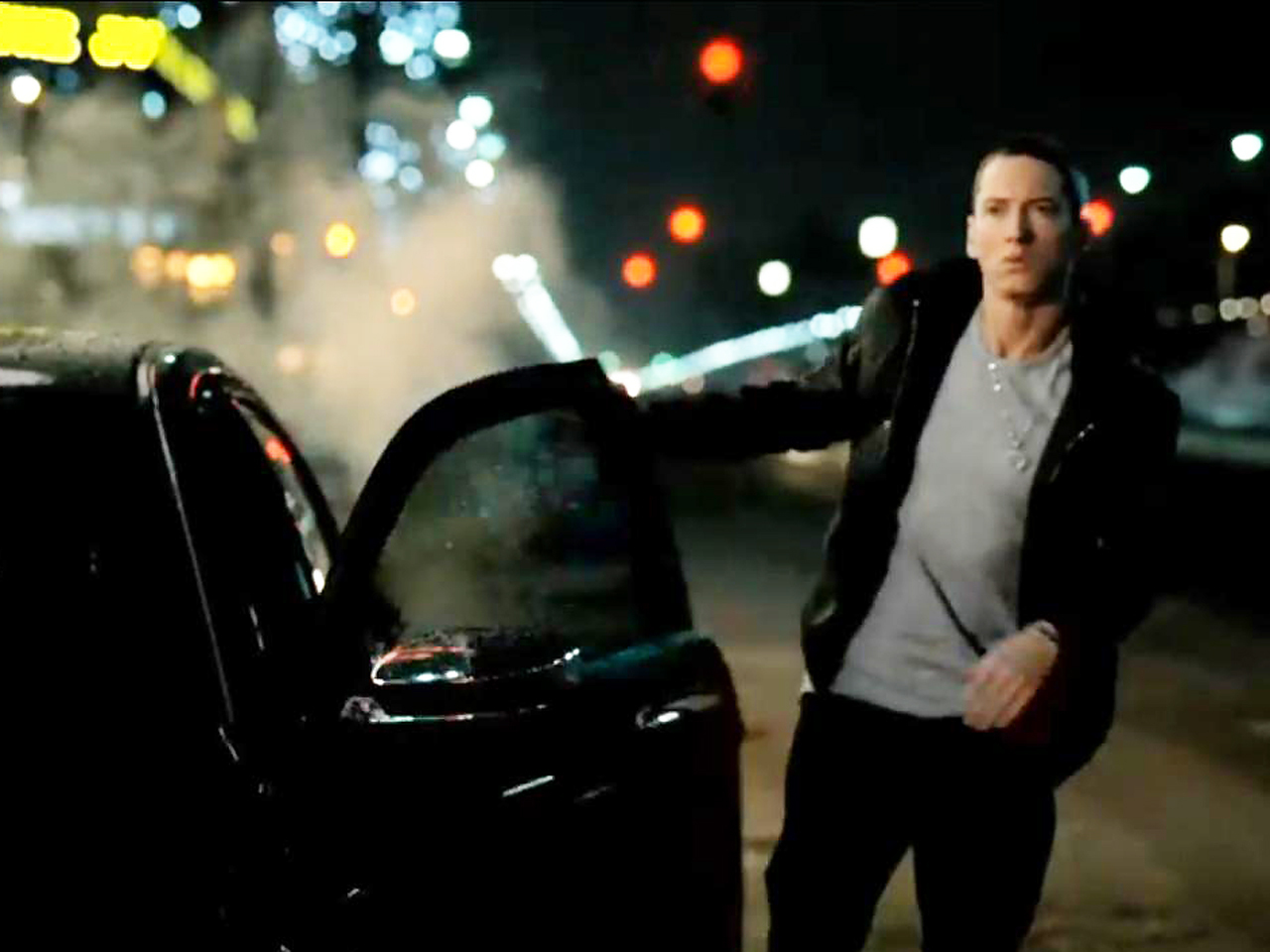 NEW YORK (CBS) This is shaping up to be a good year for Detroit rapper Eminem.

The 39-year-old musician, who is heading into Sunday's Grammys with the most nominations, starred in not one, but two, of the commercials shown during Super Bowl XLV Sunday on the FOX network.

And one of those commercials - for car company Chrysler, struck such a chord with viewers that it is vying with Volkswagen's Darth Vader for best Super Bowl commercial of 2011.

In the two-minute pitch for Chrysler 200, the rapper, whose real name is Marshall Mathers III, appears arriving at the Fox Theater in Detroit and proclaiming, this is "what we do" in the Motor City. His 2003 Oscar-winning song "Lose Yourself" is playing in the background.

The other commercial, for Lipton Brisk iced tea features a foul-mouthed clay figure of the rapper, who explains why he doesn't "do" commercials. The spot, which went for humor, ends up with the clay rapper pushing the ad exec off the roof of a building.

Eminem is going into the Grammys with a leading 10 nominations for his latest album "Recovery" including nods for album, song, and record of the year. Bruno Mars follows with seven, and Lady Antebellum, Lady Gaga and Jay-Z have six nominations each.