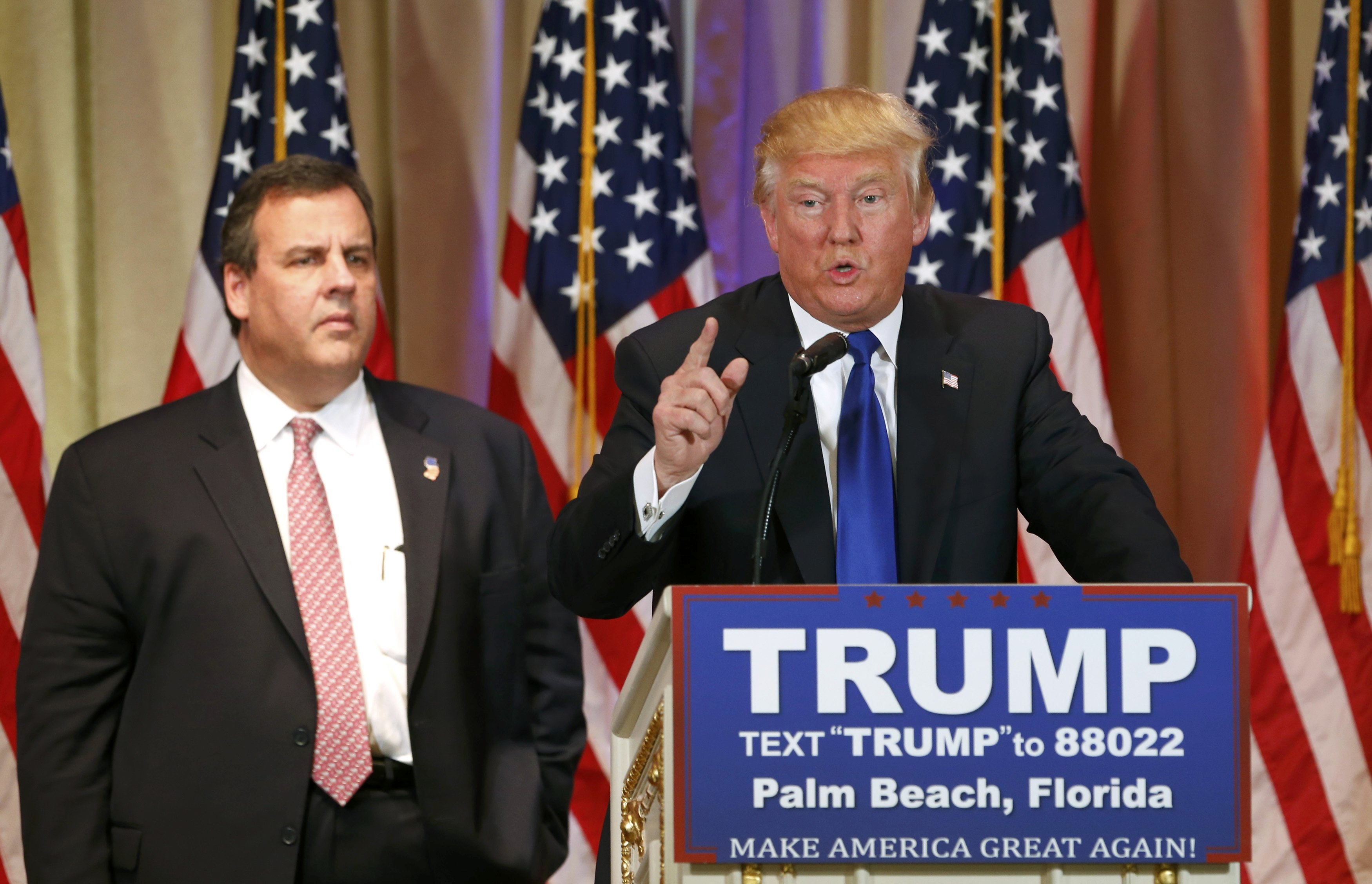 Though he dropped out of the presidential race last month, New Jersey Gov. Chris Christie made up the lion's share of trending Twitter conversations on Super Tuesday.

On Tuesday, the former GOP candidate stood behind the party's current front-runner, Donald Trump, as the billionaire celebrated his victories during a press conference in Florida.

And, predictably, the Twittersphere went wild.

And remixed Christie's face with other political memes:

Even Dan Pfeiffer, a former Obama adviser, joined in the mock speculation:

According to Twitter, the moment was one of the most tweeted of the night.

The social media site drew in a record number of users on Tuesday, with Twitter hitting one million tweets sent about #SuperTuesday at approximately 8:30 p.m. ET that night.

Christie has drawn more serious criticism beyond the Twitterverse for his endorsement of Donald Trump. Earlier this week, six New Jersey newspapers called on Christie to resign from his post as governor, in part because of his time spent on the campaign trail as both a candidate and a Trump surrogate.