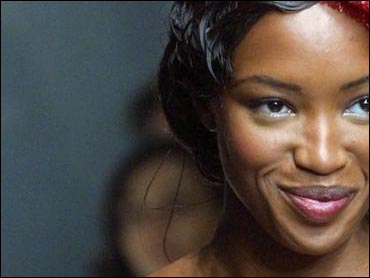 In a decision that expanded Britain's privacy protection, the highest court, the Law Lords, ruled 3-2 that The Daily Mirror breached Campbell's privacy by running the photos and a story detailing her treatment.

They said the law imposed a duty of confidentiality on anyone who received information that could reasonably be regarded as private.

The opinion by a panel of judges sitting in Parliament's upper chamber reversed a lower court decision against the model and an order requiring her to pay the newspaper's legal costs, estimated at $630,000.

It restored the original trial court's verdict that the Daily Mirror must pay Campbell $6,300 in damages.

The Court of Appeal ruled in October 2002 that the newspaper was justified in publishing a picture of Campbell leaving a Narcotics Anonymous meeting because she had previously lied to the media about her drug use.

"What's important for me is that people in recovery should be free to receive treatment without fear of press intrusion, and that's what today's judgment guarantees," Campbell said in a statement. She was not present for the judges' ruling.

Campbell's lawyer, Keith Schilling, said the decision was "a real advancement for the rights of people to maintain important elements of their privacy, particularly when relating to therapy."

Some feared the decision would restrict press freedom by granting public figures an overly wide right to privacy.

"This is a very good day for lying, drug-abusing prima donnas who want to have their cake with the media, and the right to then shamelessly guzzle it with their Cristal champagne," Daily Mirror editor Piers Morgan said.

"If ever there was a less deserving case for creating what is effectively a backdoor privacy law, it would be Ms. Campbell, but that's show biz," he said.

Caroline Kean, a media lawyer, said the ruling put a new burden on news outlets not to reveal information that should remain confidential. That didn't amount to full-fledged privacy protection but was a step closer to it, she said.

Campbell had sued the Daily Mirror, claiming it breached her right to confidentiality and invaded her privacy by running the February 2001 photos and a story that included details of her drug treatment. The model testified that she felt "shocked, angry, betrayed and violated" by the piece, which was headlined: "Naomi: I am a drug addict."

Morgan said in court that the newspaper had reported Campbell's drug problem sympathetically. He argued that she was not entitled to the same privacy as ordinary people because she used the media to promote her image and to discuss intimate details of her private life.

The High Court ruled in Campbell's favor in April 2002 and ordered the paper to pay her legal costs and $6,300 in damages.

The decision was overturned six months later, and the Court of Appeal ordered the model to pay the newspaper's legal expenses, estimated at $630,000.

Schilling said Campbell had never objected to the Daily Mirror's reporting that she had a drug problem and had misled the media about it, but only to its publication of details of her treatment.

The judges who ruled in her favor agreed.

"People trying to recover from drug addiction need considerable dedication and commitment, along with constant reinforcement from those around them," ruled Baroness Hale, a member of the panel. "Blundering in when matters are acknowledged to be at a fragile stage may do great harm."