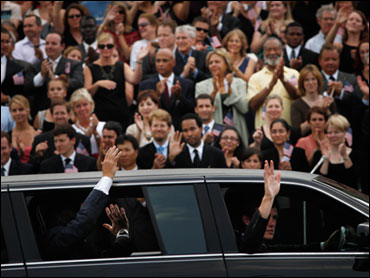 Many women are concerned that the men in their lives don't do enough to take care of themselves.

But help is here! The Saturday Early Show's Dr. Mallika Marshall has some tips about supplements for men that will give those women one less reason to worry. So men - listen up!

Marshall says before taking any supplements, it's important to discuss them with your doctor. To avoid wasting your money on expensive but useless supplements, she suggests making sure you are getting supplements that address your specific medical concerns. She also says you can get these vitamins and minerals through your diet, so you may not need supplements at all.

Calcium isn't just for women who need strong bones. Marshall says men need calcium, too. Men who have a lot of calcium in their diet tend to weigh less.

Men often see the best results when they take calcium citrate. Avoid coral calcium, which isn't as pure. And for the best results, according to Marshall, take 600 milligrams in the morning and another 600 at night.

If you've heard about chromium before, you've probably heard about it being used as a muscle-building supplement. Studies have shown that it can also help keep your insulin levels in check. If you already have diabetes, you may want to take more than the recommended 35 micrograms a day. But Marshall says, be sure to check with your physician before doing so.

Folic Acid is another supplement that's often associated with women, but it can be beneficial to men, too. It's been shown to prevent clogged arteries and improve memory. In fact, researchers in Sweden have determined that people with Alzheimer's disease were more likely to have folic acid deficiencies.

Glucosamine has been in the news a lot lately. It helps to rebuild the cartilage we lose as we grow older. It has also been shown to reduce joint pain and stiffness. Many people take it in pill or capsule form, but Marshall says you can also find relief in cream form by rubbing it onto the affected area.

Omega 3 fatty acids have been shown to keep blood pressure low and reduce the risk of blood clots. Studies have shown that men who have high levels of omega-3s in their system have a lower risk of dying from heart disease.

Selenium is a very popular supplement because of its reputation as a cancer fighter, a reputation backed up by several studies. The good thing about selenium is that it's effective at fighting the cancers that often afflict men, such as cancers of the prostate, colon and lungs.