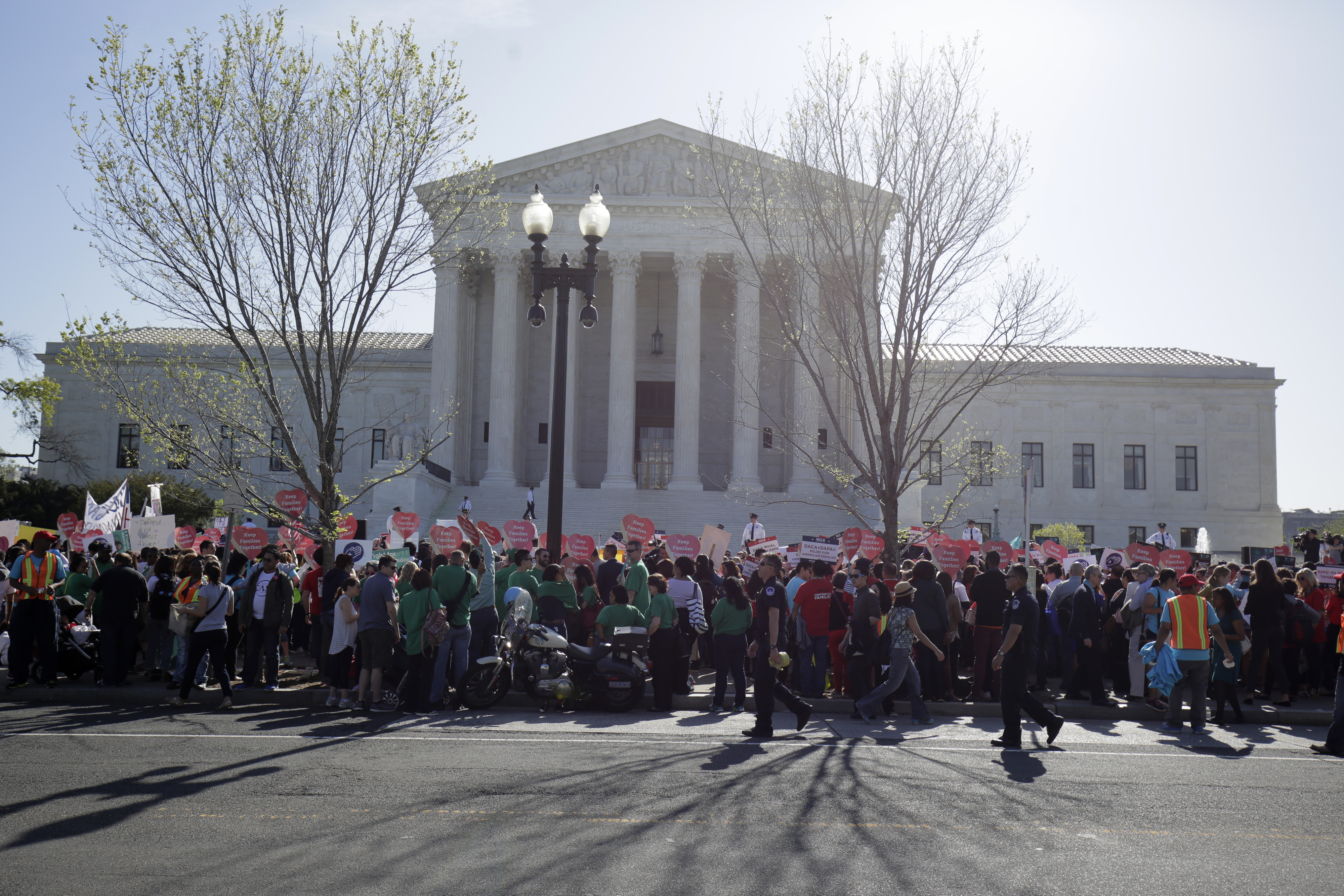 WASHINGTON-- The Supreme Court appears divided over Obama administration programs that could affect millions of people who live in the U.S. illegally.

The administration's best hope for a favorable ruling after arguments at the high court Monday appeared to rest with Chief Justice John Roberts. Roberts asked questions suggesting he could side with the administration if there is a small change in the proposed programs.

The administration is asking the justices to allow it to put in place two programs that could shield roughly 4 million people from deportation and make them eligible to work in the United States. The 2014 program at issue would defer deportation for millions of undocumented immigrants, specifically for the parents of legal U.S. residents.

Texas is leading 26 states dominated by Republicans in challenging the programs, which have been put on hold by lower courts.

Immigration activists stood outside the Supreme Court Monday rallying in support of Mr. Obama's executive actions along with several lawmakers.

"I have not seen this kind of crowd in years for oral arguments," Crawford said on CBSN.

The court's decision could come by the end of June, and it could result in a 4-4 split because the ninth seat remains vacant due to Justice Antonin Scalia's death in February. If the court is deadlocked, either the lower court's ruling will stand or they can decide to reargue it once the court's vacant seat is filled with a ninth justice.

The White House, meanwhile, is pushing for the consideration of Supreme Court nominee Merrick Garland in the Senate. Democrats overwhelmingly support his nomination and have called on Republicans to hold both a confirmation hearing and floor vote. GOP leaders, however, have said they want to wait for the outcome of November's election before they consider anyone.