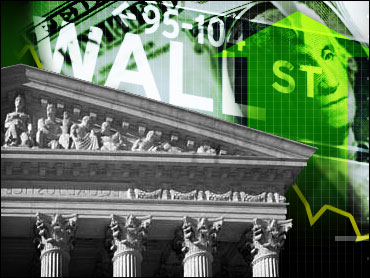 In a 5-3 ruling, the court gave a measure of protection from securities suits to suppliers, banks, accountants and law firms that do business with publicly traded companies.

The court ruled against investors who alleged that two suppliers colluded with Charter Communications Inc. to deceive Charter's stockholders and manipulate the price of the cable TV company's stock.

Charter investors do not have the right to sue because they did not rely on the deceptive acts of Charter's suppliers, said the majority opinion by Justice Anthony Kennedy.

Kennedy pointed to the Securities and Exchange Commission as a protector of investors in similar cases, saying the regulatory agency has used its enforcement power to collect more than $10 billion over the past five years.

The decision is likely to have an impact on a similar class-action lawsuit by shareholders who invested in scandal-ridden Enron Corp.

Investors in Enron, once the nation's seventh-largest company, are seeking more than $30 billion from Wall Street investment banks, alleging they schemed with Enron to hide its financial problems.

In the Supreme Court, the lawsuit against Charter's suppliers has been closely watched by business and industry, which argued that an adverse ruling would clear the way for a flood of lawsuits.

A liberal Supreme Court in 1971 endorsed investor lawsuits under antifraud provisions of securities law at issue in the current lawsuit.

Fourteen years ago, a more conservative Supreme Court imposed limits on such lawsuits, prohibiting cases against third parties for aiding and abetting a company's misstatements.