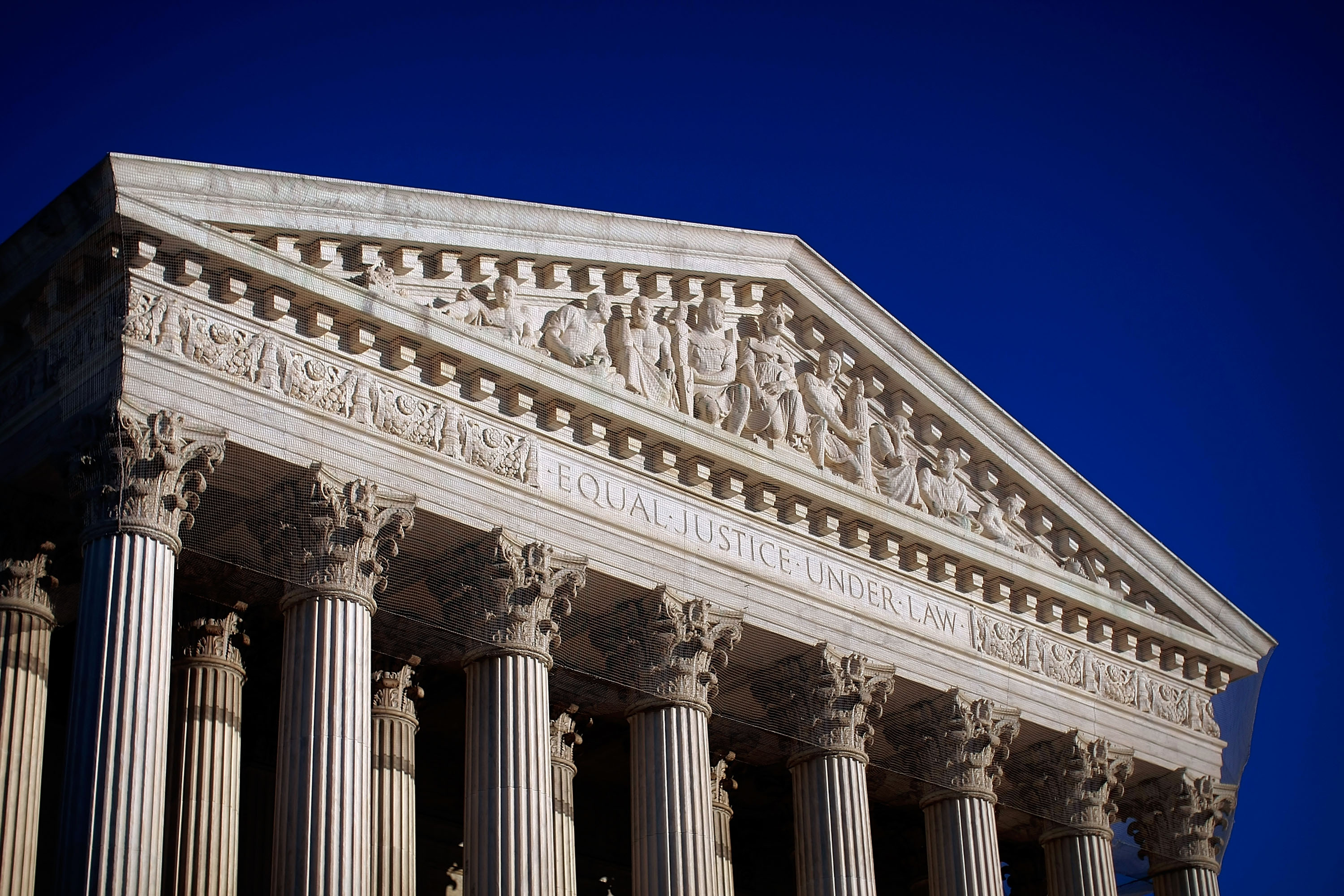 Democrats and Republicans have been in a protracted battle over immigration reform for years. After Congress failed to pass any legislation on the matter, President Obama took matters into his own hands with a series of executive actions. Then, Republican leaders at the state level challenged those actions in court. Now, the Supreme Court is stepping into the fray.

On Monday, the court will hear arguments in United States vs. Texas. The Lone Star State and 25 other states have sued Mr. Obama for a pair of executive actions he signed in 2014 to defer the deportation of millions of undocumented immigrants. The pending court case has had a direct impact on millions of immigrants and their families, while raising broad questions about the limits of executive power.

Here's a look at what the case is all about:

What executive actions are being challenged?

President Obama introduced the first version of the Deferred Action for Childhood Arrivals program (DACA) in 2012. The initial version of DACA allowed certain undocumented youth to stay in the country legally. This version of DACA is not being challenged, and immigrants are evaluated for it on a case-by-case basis.

Republican lawmakers decided to challenge the administration in court in 2014, after he tried to extend DACA and to establish "Deferred Action for Parents of Americans and Lawful Permanent Residents (DAPA) to give reprieve to the undocumented parents of legal U.S. residents.

The president attempted to expand DACA after the Republican-led House refused to take up the Senate-passed 2013 immigration reform bill.

"I continue to believe that the best way to solve this problem is by working together to pass that kind of common sense law," Mr. Obama said in November 2014. "But until that happens, there are actions I have the legal authority to take as President -- the same kinds of actions taken by Democratic and Republican presidents before me -- that will help make our immigration system more fair and more just."

Who's challenging the president, and what's the basis of their argument?

The case was filed by the state of Texas and 25 other states opposed to the president's actions.

At the heart of their case is the argument that DAPA and the expansion of DACA overstep the boundaries that Congress has set on the executive branch when it comes to immigration law.

"This case is about an unprecedented, sweeping assertion of Executive power," they wrote in their brief to the Supreme Court. "This case is not about the wisdom of particular immigration policies; legislators have disagreed on whether immigration statutes should be amended. But when Congress has established certain conduct as unlawful, the separation of powers does not permit the Executive to unilaterally declare that conduct lawful."

Before considering whether the programs are legal or not, the Supreme Court on Monday will consider whether the states even have "standing" -- the right to bring the case to court in the first place. The states are arguing they have standing because they have a direct stake in the outcome of the suit and have been harmed by the president's actions.

"DAPA will directly impose substantial costs on States by causing numerous DAPA recipients to apply for driver's licenses." On top of that, they argue the policy will impose greater health care, education and law enforcement costs while hurting legal residents in the job market.

What's the current status of DAPA and the expanded DACA?

After the 26 states took their case to court, a federal judge in Texas agreed that the states have standing. So in February 2015, he halted DAPA and the expanded version of DACA in order to give the case time to move through court. In November of last year, a panel of the Fifth Circuit Court of Appeals upheld the order blocking the programs. They've been on hold since then.

What is the Obama administration's argument?

The administration argues that the states do not have standing. Moreover, they arguethe Court of Appeals' decision to keep the DACA program on hold upends "more than 50 years of settled practice and stripping the Secretary of frequently-exercised discretion to provide deferred action to categories of aliens already living in our country."

The Department of Homeland Security must out of "practical necessity" set priorities for immigration law enforcement, they argue, given the large number of undocument immigrants in the country and the limited funding provided by Congress.

The new programs don't break laws set by Congress, the administration argues, since they simply defer deportation -- they don't give permanent legal status to anyone. "An alien with deferred action remains removable at any time, and DHS has absolute discretion to revoke deferred action unilaterally, without notice or process."

The administration also points to decades of similar actions taken by other administrations, such the "family fairness" policy implemented by President George H.W. Bush that granted "indefinite voluntary departure" to undocumented spouses and children of immigrants with legal status.

What's the likely outcome for DAPA and the extended DACA program?

The outcome for the president's policies is grim: Even if the court ruled in favor of the programs' legality, or ruled that the states don't have standing, its decision isn't expected to come down until June. That would give the administration just a few months to implement them before the presidential elections. Furthermore, if the court found that the states do have standing, the lawsuits could continue.

Alternatively, the court could affirm the Fifth Circuit's decision, enabling the legal battle to continue. With a vacancy remaining on the high court, it could also very well split four-to-four, which would effectively affirm the lower court decision.