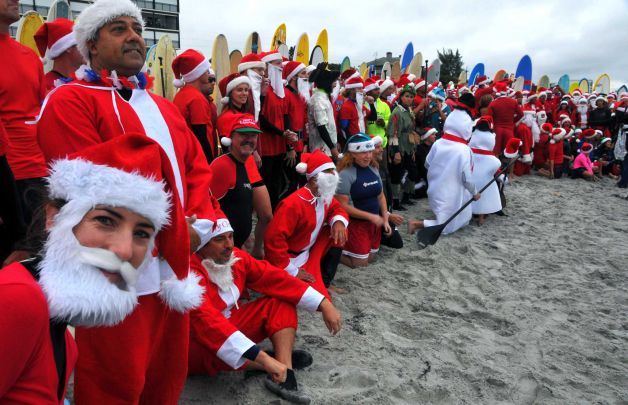 Florida Today reports that when Cocoa Beach Mayor Dave Netterstrom took in the view from the sand Tuesday, he declared the fourth-annual gathering "the largest surfing Santa event on the planet."

Organizer George Trosset says he may move the holiday event to downtown Cocoa Beach next year to accommodate growing crowds. He started the tradition in 2009 with a few family members after seeing a television commercial featuring people surfing in Santa Claus attire.

More friends joined them the following year, and in 2012, nearly 160 surfers participated. Trosset says the event "has gone from being a little family party to being a community event."