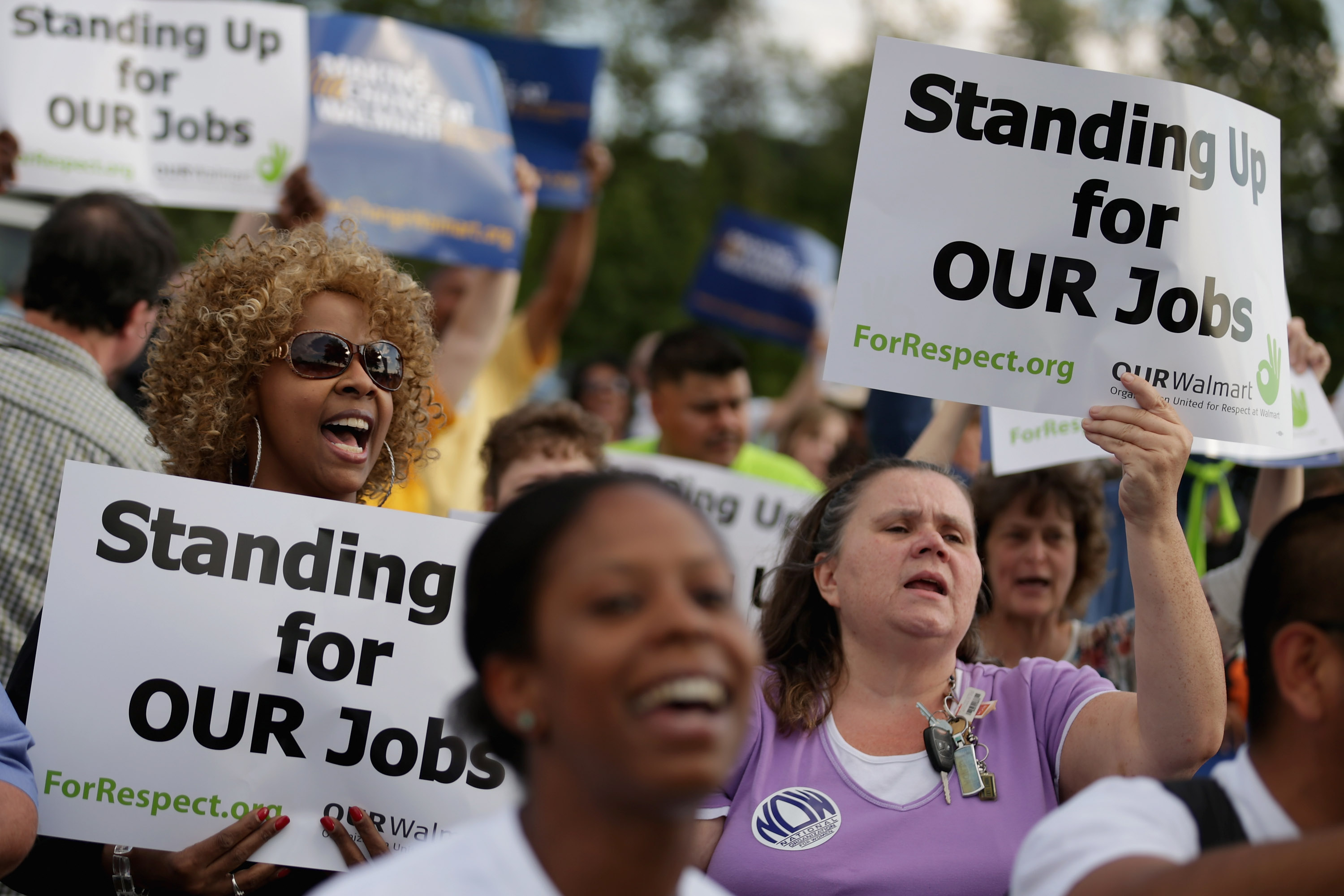 WASHINGTON - The growing gap between the richest Americans and everyone else isn't bad just for individuals.

It's hurting the U.S. economy.

So says a majority of more than three dozen economists surveyed last week by The Associated Press. Their concerns tap into a debate that's intensified as middle-class pay has stagnated while wealthier households have thrived.

A key source of the economists' concern: Higher pay and outsize stock market gains are flowing mainly to affluent Americans. Yet these households spend less of their money than do low- and middle-income consumers who make up most of the population but whose pay is barely rising.

"What you want is a broader spending base," said Scott Brown, chief economist at Raymond James, a financial advisory firm. "You want more people spending money."

Spending by wealthier Americans, given the weight of their dollars, does help drive the economy. But analysts say the economy would be better able to sustain its growth if the riches were more evenly dispersed. For one thing, a plunge in stock prices typically leads wealthier Americans to cut sharply back on their spending.

"The broader the improvement, the more likely it will be sustained," said Michael Niemira, chief economist at the International Council of Shopping Centers.

Income inequality has steadily worsened in recent decades, according to government data and academic studies. The most recent census figures show that the average income for the wealthiest 5 percent of U.S. households, adjusted for inflation, has surged 17 percent in the past 20 years. By contrast, average income for the middle 20 percent of households has risen less than 5 percent.

The AP survey collected the views of private, corporate and academic economists on a range of issues. Among the topics were what policy decisions, if any, the Federal Reserve might announce after it ends a policy meeting Wednesday.

Three-quarters of the economists surveyed don't think the Fed is ready to announce a pullback in its economic stimulus. Speculation has been rising that the Fed will soon scale back its $85 billion in monthly bond purchases because of the economy's steady gains. The bond purchases have been intended to keep long-term loan rates low to induce people to borrow and spend.

Among the majority of economists who think the Fed will maintain its pace of bond buying for now, the largest group think a pullback will begin at its next meeting in late January.

Most of the economists don't think the economy needs the Fed's help. Just over half say they believe growth could reach a healthy 3 percent annual pace even without the Fed's bond buying.

Several predicted that U.S. economic growth will pick up as the effects of tax increases and government spending cuts that kicked in this year dwindle.

As Janet Yellen prepares to succeed Ben Bernanke as chairman early next year, most of the economists expect the Fed to become more "dovish" - that is, more focused on fighting unemployment than on worrying about higher inflation that might result from the Fed's actions. The Senate could confirm Yellen as soon as this week.

Among the economists' other views:

- The economic recovery, which officially began 4½ years ago, has yet to reach its high point. And nearly all think the next recession is at least three years away; half think it's at least five years away. The economists forecast that growth will average 2.9 percent in 2014. That would be the healthiest annual pace since 2005.

- The Obama administration's health care law will make little or no difference to the job market. About two-fifths said the law would cost jobs. None said it would increase hiring. The law has drawn fierce opposition from many small business owners, who say it will raise hiring costs by requiring companies with 50 or more employees to provide coverage starting in 2015.

- The stock market isn't in a bubble. While the Dow Jones industrial average reached record highs earlier this year, most economists said that higher profits largely justified the gains.

- Europe will keep growing and avoid a recession in 2014.  But growth will remain so tepid that inflation will co nearly non-existent. Nearly two-thirds of the economists forecast that inflation won't consistently reach the European Central Bank's inflation target of 2 percent until 2016.

- Inflation in the United States will remain low for the long run. A majority of economists think consumer inflation won't consistently meet or exceed the Fed's 2 percent target level until 2015 or later.

Economists appear to be increasingly concerned about the effects of inequality on growth. In a speech this month, President Barack Obama declared inequality the "defining challenge of our time."

Now, he says, "there's not much denial of that ... and you're starting to see some research saying, yes, it does slow the economy."