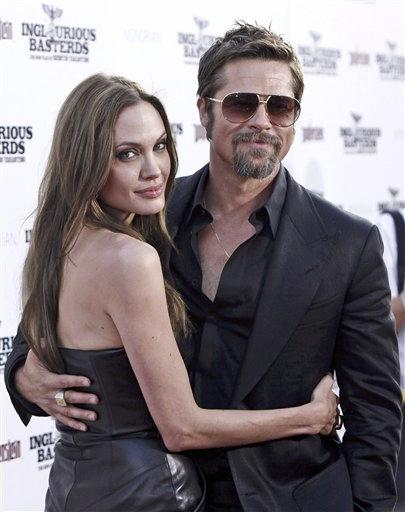 Why Chad Crittenden is gone:

Chris, age 33 - Well, it appears his vote against Sarge played a role in him outlasting Chad, which was his goal. Chris bought himself time by accepting the current situation and adapting to it. That's all well and good, but he is out of time now. Next week will mark his last stand. Winning immunity, worming his way into an alliance or going home are his only options.

The numbers game presents him with a unique opportunity. There are seven players remaining. To vote someone off, you need four votes. The time has come for everyone in the women's alliance to question where they stand. Players like Scout, Eliza and Twila could start questioning where they fit in when it comes to Ami's end game. So there's a chance that players who fear finishing sixth or fifth might be willing to team up with Chris and gain themselves a top four finish at the very least.

Julie, age 23 - Julie was a little bit off her game this week. It appears that she actually considered going after Eliza, which was against the wishes of her strongest allies: Ami and Leann. She eventually wised up and voted Chad off, but the waffling couldn't have played well with Ami and Leann, both of whom might be less willing to take her to the final two as a result of her temporary disloyalty.

Nonetheless, it appears as if Julie is a lock for the final four. Eliza, Ami and Scout have drawn all of the attention off of her, allowing Julie to remain under the radar for the time being.

Twila, age 41 - Twila's loyalty to her alliance will end up being her downfall. Time and time again, she has been presented with good opportunities to improve her placement in the game, only to reject them. This week, she could have joined with Scout, Chris and Chad to force a tie. If that situation had worked out, she would have guaranteed herself a final four spot with the potential to go further. If not, someone would have been randomly booted off this week and a guy would have been voted off next week anyway. With immunity, she had no reason to not take the chance.

It also bears repeating that Twila has indicated to everyone that she feels more comfortable with the guys and has considered reteaming with them. She should never have expressed that out loud because Ami will use it as justification to move against her when the time comes.

Scout, age 59 - Scout simply doesn't have the strength or influence of Ami and that's why her plan failed. Scout sees what Twila doesn't - six women can't fit into four spots. Her move was logical, if not well executed.

Scout needed four votes to make her plan work. All she had to do was convince Twila. If she had done this privately and without outside interference, there's a chance she could have done so. Instead, she brought it up in front of Leann and Julie as well. There was no reason to do this. It only served to make Ami more determined to have this alliance hold.

Eliza, age 21 - Amazingly, every time someone makes a move against Eliza, they end up being voted off. It has less to do with Eliza's personality and more to do with maintaining numerical strength. It's a shame that Scout and Eliza dislike each other. They might be each other's only hope. Both are on the outside looking in, when it comes to the final four. A team-up would be unexpected and difficult for Ami to quash.

But it won't happen. Instead, Eliza will continue to escape by a whisker until she has served her purpose and been discarded.

Ami, age 31 - You can't help but respect Ami's dogged persistence to be the first all-female alliance to hold for an entire game. She has an ability to impose her will on people and convince them to do things that aren't in their best interests.

One wonders if this persona can earn four votes come jury time. People don't like arrogant and powerful, especially when a million dollars is at stake. She needs to soften up a little bit and let someone else take the credit/blame once in a while. Boston Rob dominated the game in the All-Star edition, but lost because his partner kept her hands clean the whole time.

Leann, age 35 - Leann had a really quiet week, which is no real surprise since she lets Ami do most of the talking on a regular basis. She has the luxury of having two people who will probably take her into final two: Julie and Ami.

It might be a good idea to contribute more, so she can justify asking people for their votes if she makes the final showdown. Other than that, if the current situation maintains itself, she should have smooth sailing for a while.

Predictions for next week: This alliance has to break at some point and next week makes the most sense if someone is going to make a real move. I have a feeling that Chris will find a way to stick around - either by winning or immunity or joining a new alliance. If any of the above occurs, I think arrogant Ami has a huge target on her back,.

My current ultimate Survivor pick: Leann. She has too many options and friendships to be taken down out of pettiness. Ami is doing all of the heavy lifting, which allows Leann to play the game clean and without incident. Leann is in a real good position and her only real threat is Twila getting smart and switching sides, which won't happen if her behavior holds.