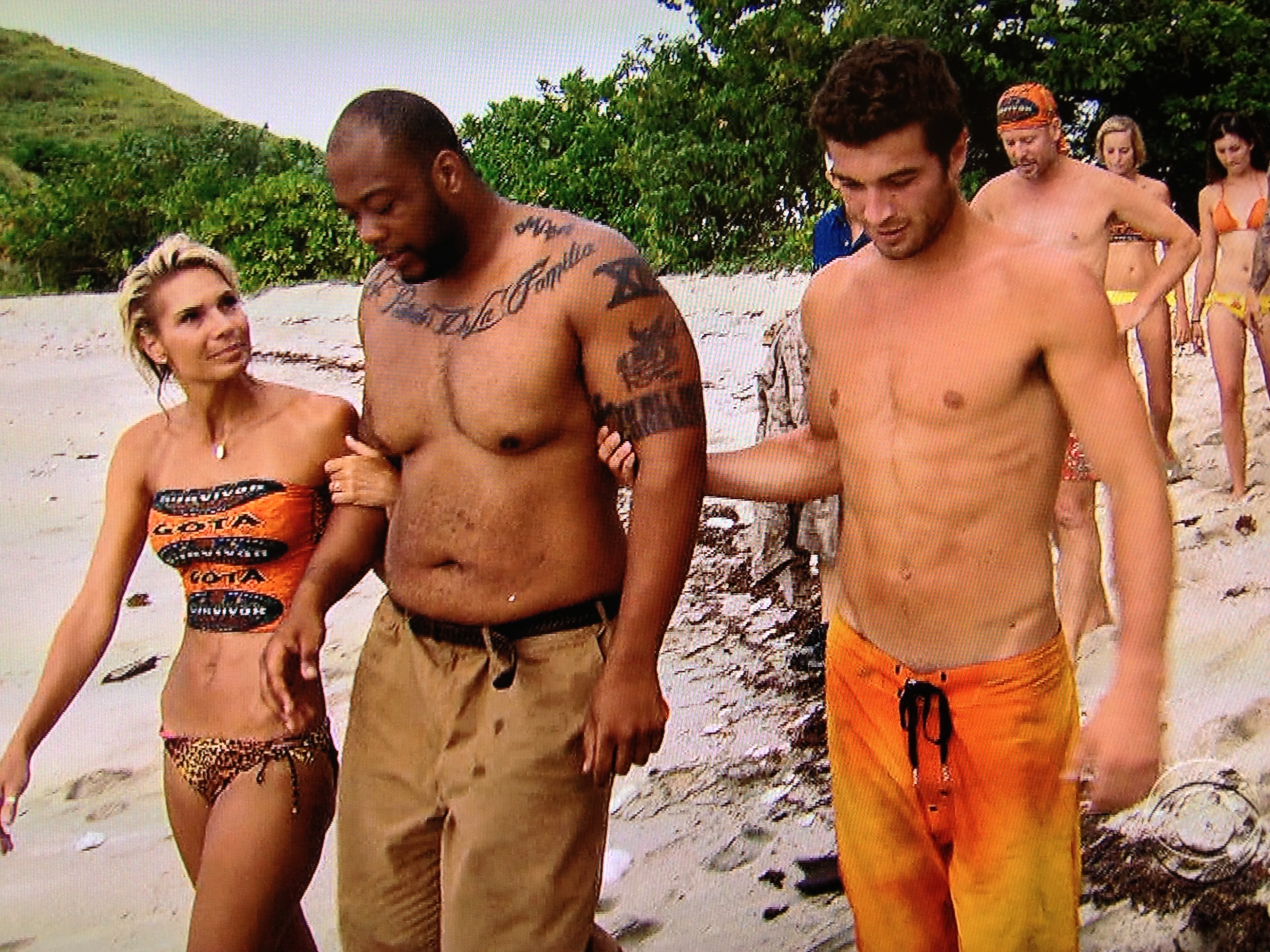 For four episodes now on "Survivor: Caramoan," it's been all about Shamar, the two-tour Iraq veteran from Brooklyn, N.Y. Part villain, part buffoon, part victim -- Shamar provided the drama. Lying on his back as the others did the work; yelling "shut up" to any of the young bucks who challenged him. Was he a veteran suffering PTSD, as he hinted last week talking about the damage of seeing his fellow Marines killed in Iraq? Was he overwhelmed? Or was he just lazy?

It all ended with a whimper this week, as Shamar threw in the towel and left the island on a medical leave. A bit of sand in his eye, a scratched cornea and then it's Shamar lying on his back, crying as he says goodbye to his tribe mates.

"It takes a lot to bring me down. But 'Survivor' is a tough game," said Shamar, as the medics helped him onto the rescue boat.

But many of us wonder why Shamar was so defeated right out of the gate. Last week he was talking about quitting the game, and it was more of same this week. And while a scratch on your eye is painful, the eye is one of the fastest healing parts of the body. There's nothing the medics were going to do to treat Shamar's scratched eye, other than give him drops to keep it from getting infected while it heals itself.

"He's a Marine ... come on!" said Eddie, the New Jersey firefighter who had voted twice to get rid of Shamar.

It seems clear that the eye was a convenient excuse for Shamar to leave the game. Which is a pity, because he sometimes had an unguarded way of talking to the camera that was almost endearing. What's not to like about a guy who tells a stuck-up prig like Reynold that he's "evil"?

"With Shamar, you can try to make it this deep dark story about the Iraq veteran, but that's not it," said Laura, an administrative officer from Washington. "Shamar is a big baby when it comes down to it."

So no tears were shed when puffy-eyed Shamar limped off the island.

"He was disrespectful, lazy and I'm just happy that he's gone," said Reynold, the San Francisco real estate broker who along with Eddie were Shamar's nemeses.

So with that business taken care of, the fans tribe got down to what they're good at, losing yet another immunity challenge.

We've spent so much time with the travails of the inept fans tribe that we've barely gotten to know the personalities on the favorites tribe. On the side of the island where life is sweet, we got to see Phillip, the oddball software executive, giving code names to his bemused tribe mates who are waiting to ditch him ASAP.

And after winning their third reward challenge in a row, the favorites tribe got a visit from a Caramoan bushman, a smiling little man in a loin cloth who taught the tribe how to cook rice in a hollow bamboo shoot and other native tricks.

Back at loserville, the fans tribe was on the horns of a dilemma. Should the controlling members continue voting out the erstwhile pretty people block of Eddie and Reynold? Particularly Reynold, to flush out the hidden immunity idol he possesses?

Or, as alternately proposed, should they get rid of lame girl Laura, who is a huge hindrance in any challenge that requires her to walk or swim or move her twiggy arms? And keep hotshots Eddie and Reynold around to possibly win an immunity challenge one of these fine days.

To her credit, Laura went to bat for herself, asking her alliance members if Eddie and Reynold are going to be loyal to them down the road, if the tribes get mingled. Answer to that: No!

And Sherri, the fast food franchisee from Idaho who is a smart cookie, was concerned with a precedent of starting to vote off the weak women and keeping the strong men around. Not that that kept Sherri from voting against Laura, along with everyone else.

So Laura became the third blond girl in a row voted off the fans tribe. But not before Reynold got spooked and squandered his immunity idol for protection he didn't need.

"As a viewer from the couch you really only get to see one side. You don't feel the hunger, you don't feel the thirst in your mouth. It's very real. I knew coming in here that my muscles weren't my biggest asset and I used everything else I had. I think a lot of my plans were left unresolved," said Laura, as the credits rolled. "But good luck to the rest of them, they really got me."