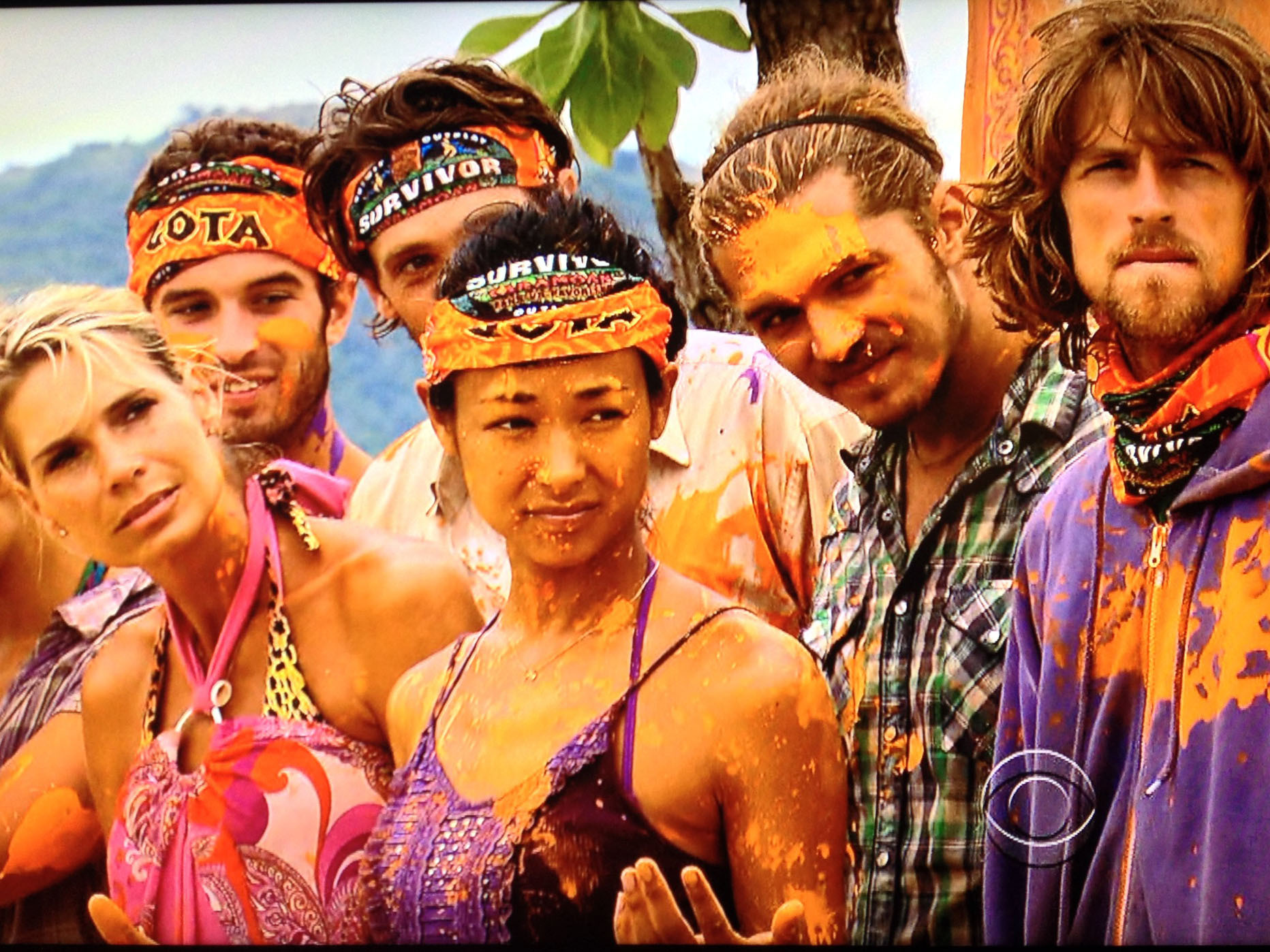 Have you ever had this happen? You try to fix a problem and you end up making it worse?

That's what occurred on Week 6 of "Survivor: Caramoan" when producers of the show scrapped the "Fans vs. Favorites" theme and scrambled the two tribes.

The remix was intended to stop the losing slide of the weaker Fans tribe, which had lost three straight immunity challenges before Brandon's self-inflicted implosion last week.

So eggs filled with orange and purple paint were randomly handed out. The tribe members smashed the eggs on their bodies and shuffled their ranks based on who was orange and who was purple.

Only problem is the orange Gota tribe (yes we're going have to start using those names, fans and favorites are no more) is turbo-charged with four stallions -- Eddie, Reynold, Malcom and Erik -- with super girl Brenda thrown in for good measure.

"We are the young, good looking tribe," said Eddie, the N.J. fireman who specializes in these kinds of remarks. Note to Eddie from your mama: Let other people pay you compliments, don't make them about yourself.

I'd be nervous if I were Sherri or Andrea, the other members of new Gota. I wouldn't be surprised if it turns into a "pick off the weaker females" dynamic if this tribe ever goes to tribal council.

Not that they'll have to worry about losing immunity challenges unless the emphasis shifts to mental games and/or knitting.

The newly reconstituted purple Bikal tribe -- crazy Phillip, beta males Matt, Michael and Cochran, along with Dawn, Corrine and Julia -- seems destined to start their own losing streak. Starting this week, where Bikal fell behind badly in a strength-heavy challenge involving over-sized blocks.

So Bikal went to the first of many tribal councils to come. For a while it seemed like Julia, the 21-year-old race car driver from California, would be the one to go. And why not, she is dull as ditchwater.

But when the votes were tallied, it was freaky Matt, the bearded BMX salesman from Ohio, who took the fall -- despite some serious brown-nosing of his new teammates.

All in all, this was a pretty blah episode after the draining high drama of frothing Brandon's meltdown last week. The show now has an even more unbalanced power structure than it did last week. The producers will have to come up with some new strategy to keep it from being one-sided.

Best moments of the show: sassy Corinne talking about how annoying Phillip is, and how she has to stick with him anyway.

And this assessment of Reynold from his new tribe mate Erik: "I look at Reynold and I think kinda used car salesman. He's got these beautiful baby blue eyes and he's talking the talk. But it's not all it seems."

"You know, I came into this game knowing that my social game would be my strong point," said Matt as the credits rolled. "I got along with everybody. No one thought 'Oh this guy is crazy or too gnarly because he's got a beard and tattoos.' Everyone accepted me for who I was. I played to win. I put all my cards out on the table and I got voted out. But I really don't regret anything."