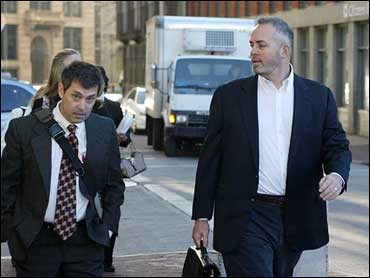 You may remember Richard Hatch as the naked spear-fisher on the hit CBS reality show, "Survivor."

He was the show's first winner.

reports
Melinda Murphy, the federal government is trying to spear him.

Prosecutors say Hatch didn't pay taxes on the $1 million dollar prize he won in front of 51 million viewers. The say it never showed up on his 2000 tax return. So, instead of paying six figures to the Internal Revenue Service, Hatch got a refund of more than $4,000.

Testimony in his trail wrapped up Monday, and the jury could get the case Tuesday.

If convicted, Hatch faces up to 30 years in prison.

And if he's found guilty, Murphy points out, it would conflict with the assertion Hatch made after the "Survivor" he appeared in was wrapped up.

"I played the game as ethically as I knew how," he said then. "I'm an honest person. I think I'm an ethical person."

Hatch claims producers told him they would pay his taxes. But executive producer Mark Burnett testified last week that Hatch signed a contract accepting tax responsibility. It is the policy of CBS not to comment on matters of ongoing litigation.

Hatch is also accused of failing to report more than $300,000 he earned co-hosting a Boston radio show, and for remodeling two of his own homes with money he raised for charity.

Hatch claims a troubled relationship with his adopted son and his sudden fame clouded his judgment.

Perhaps, Murphy suggests, as one cartoonist put it, Hatch thinks the immunity necklace he won on "Survivor" will keep him out of jail, too.