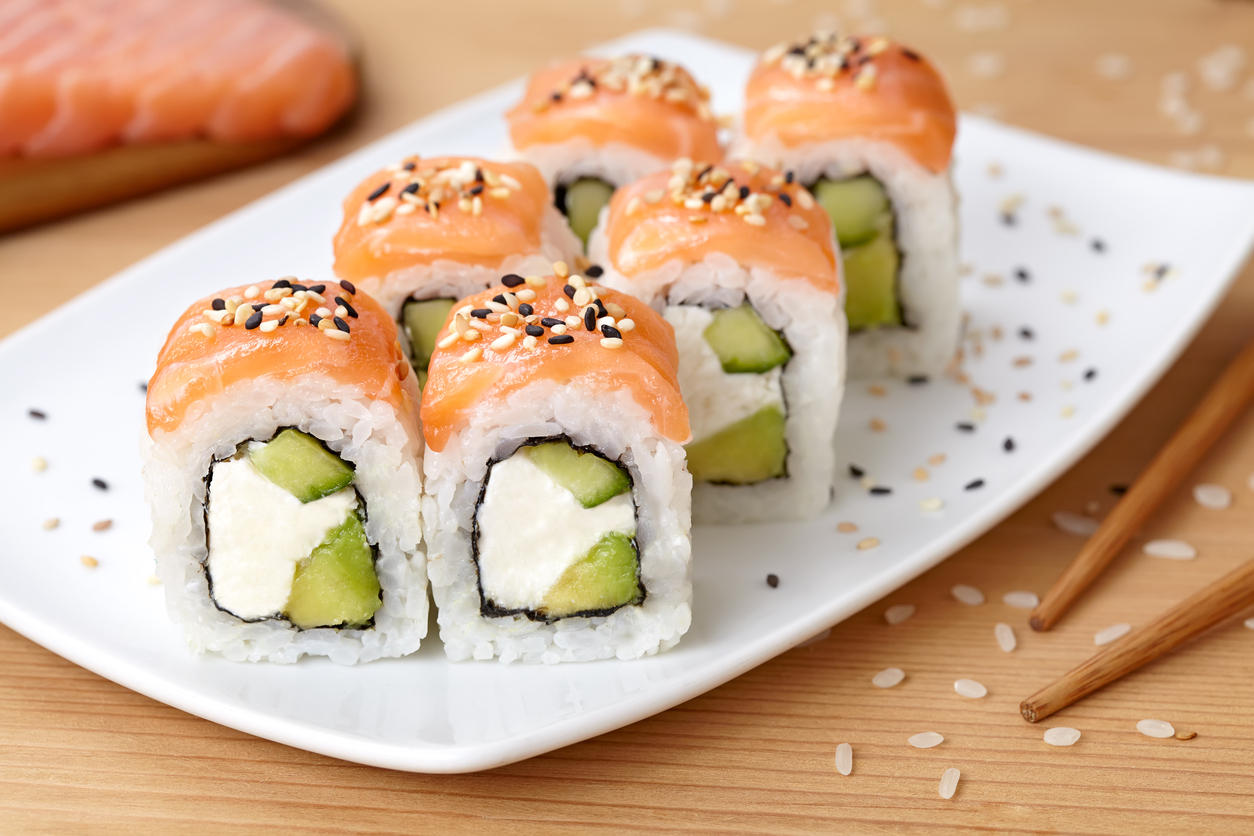 In bad news for sushi lovers, scientists have confirmed that a tapeworm known to infect salmon from the Asian Pacific is also present in fish from U.S. waters.

The parasite, known as the Japanese broad tapeworm, can grow up to 30 feet long in the human body, according to the U.S. Centers for Disease Control and Prevention.

Most people who become infected have no symptoms, the CDC says. But some suffer abdominal pain, diarrhea and weight loss. Over time, the infection can also lead to deficiency in vitamin B12.

On the brighter side, infection with the tapeworm appears to be uncommon: Only around 2,000 cases have been reported in humans -- mostly in northeastern Asia, according to Roman Kuchta, the lead researcher on the new report.

The first known human case in North America was recorded in 2008, said Kuchta. He’s based at the Czech Academy of Sciences, in the Czech Republic.

Now his team has confirmed that the tapeworm is present in wild pink salmon from the Alaskan Pacific. The findings are published in the February issue of the CDC’s journal Emerging Infectious Diseases.

The risk of contracting the tapeworm from your sushi is low -- but it exists, said Dr. Amesh Adalja, a spokesman for the Infectious Diseases Society of America.

“When you’re eating uncooked fish -- or other raw foods, like unpasteurized milk -- there is some inherent risk,” said Adalja, who’s also a senior associate at the University of Pittsburgh’s Center for Health Security.

That risk is not limited to tapeworms, he noted. Foodborne pathogens include bacteria, viruses and other parasites.

People who love their sushi and ceviche may not be moved to give it up. But, Adalja said, it’s important to be aware that tapeworm infection is a possibility.

“So if you do develop unusual symptoms that can’t be explained, you could mention to your doctor that you eat raw fish,” Adalja said.

The infection is treatable with medication, he said.

According to the CDC, two drugs, called praziquantel (Biltricide) and niclosamide (Niclocide), are the main ones used to kill the parasite.

The new findings are based on an analysis of 64 wild salmon, from five different species, caught off the Alaskan coast. Samples of pink salmon were found to harbor Japanese broad tapeworm larvae.

How worried should raw-salmon lovers be? According to Kuchta, the tapeworm infection is usually not “dangerous,” causing problems such as abdominal pain and diarrhea in about 20 percent of people infected.

But, he said, in rare cases, “massive infection” can cause an intestinal obstruction or gallbladder inflammation.

Plus, a tapeworm that grows to its full “adult” length consumes a lot of vitamin B12, said Dr. Patrick Okolo, chief of gastroenterology at Lenox Hill Hospital in New York City.

“That can lead to a vitamin B12 deficiency, which has neurological consequences,” Okolo said.

Those consequences can include numbness, tingling, balance problems, and trouble with thinking and memory.

Okolo agreed that any tapeworm risk from raw salmon would “clearly be small.”

But, he said, doctors might want to consider the possibility of a tapeworm if a patient’s vitamin B12 deficiency cannot be otherwise explained.

Okolo also suggested a safety measure for people who make raw-fish dishes at home: Freeze the fish for a few days, which will kill any parasite.