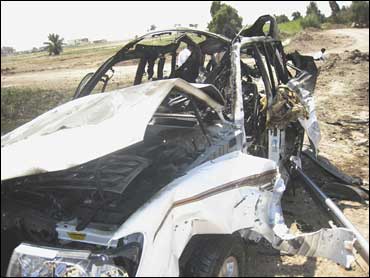 U.S. military said Sunday that a suspected al Qaeda in Iraq fighter was arrested in connection with the assassination of a U.S.-allied Sunni tribal leader in Anbar province.

Abu Risha was leader of the Anbar Salvation Council, also known as the Anbar Awakening - an alliance of clans backing the Iraqi government and U.S. forces against al Qaeda in Iraq. The terror network issued a statement claiming responsibility for his death.

Al-Jumayli was accused of involvement in a plot to kill key leaders in the tribal alliance, military spokesman Rear Adm. Mark Fox said.

He also reportedly was responsible for car bomb and suicide vest attacks in Anbar and was closely allied with senior al Qaeda in Iraq leaders in the region west of Baghdad.