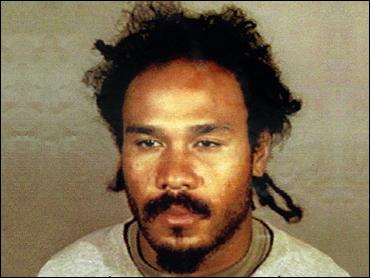 A man believed to be a serial rapist who terrorized women in California and Washington state for more than six years was well known in the Long Beach neighborhoods where most of the attacks occurred.

Although his mother lives in Long Beach, Rathbun, 32, had been staying with a series of friends before his arrest Sunday night, including a couple for whom he occasionally house sat during the last two years, police said.

"We feel betrayed and we feel used. This is someone we tried to help and we tried to be friends with," said Jenny Wilson, who along with her husband, Chris, rents a house where Rathbun sometimes stayed.

Police searched the property, which was listed as a permanent address on Rathbun's driver's license, and seized a box of his belongings and a computer he sometimes used.

Rathbun first came to the attention of authorities Thursday when he was seen riding a bicycle three blocks from a house where there had been an attempted assault on a woman earlier that day.

He was one of several people in the area questioned by police, and taken into custody for allegedly possessing a crack cocaine pipe.

"We have made it a practice to investigate anybody who's within the perimeter of these sorts of crimes," said police Sgt. Paul LeBaron.

A minor injury on his finger also aroused suspicion — the victim in Thursday's attack told police she had bitten her assailant on the hand before he fled.

Authorities said Rathbun voluntarily gave a DNA sample before being released on bail on a misdemeanor charge of possessing drug paraphernalia. He was kept under surveillance and arrested Sunday in Oxnard after authorities said lab results came back matching his DNA to 13 sexual assaults.

Nine of the 13 rapes had occurred in Long Beach since January 1997, police said.

Rathbun is also a suspect in 18 other assaults and attempted assaults with similar profiles, including another 1996 attack in Seattle, said Long Beach police spokeswoman Nancy Pratt.

In most cases, the unarmed attacker entered the homes of women who lived alone, gaining entrance either late at night or early in the morning through an unlocked window or door. He always wore a mask, was sometimes nude and sometimes covered the faces of his victims, who ranged in age from their early 30s to their 80s.

"It could be coincidence or it could be his carelessness or maybe we've learned enough through this investigation that we were finally able to adapt to his movements," LeBaron said. "But the bottom line is, he's caught."