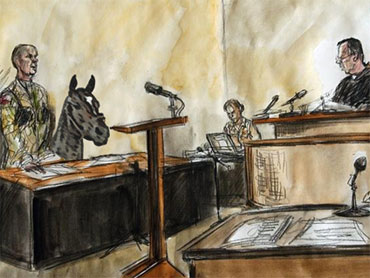 The result was emphatic: Swiss voters don't think abused animals need to have their own lawyers.

It's a proposal that would never even come near a referendum in other countries, but the measure's defeat Sunday disappointed animal rights advocates, who say Switzerland's elaborate animal welfare laws aren't being enforced.

Opponents of the proposal, including key farmers' groups and the government, had argued that existing laws are sufficient and appointing special lawyers to act on behalf of animals would be unnecessarily expensive for taxpayers.

According to the country's only animal lawyer, Antoine F. Goetschel, public prosecutors are often unsure about animal rights and shy away from pursuing cases even if there is clear evidence of abuse. He said the cost of Sunday's measure would have been less than 1 Swiss franc ($1) per person a year.

Tiana Angelina Moser, a lawmaker for the Green Liberal Party, said animal rights advocates would look for other ways to make sure laws against animal abuse are properly applied and those who hurt animals receive appropriate punishment.

"It's definitely disappointing, I thought it would have been a closer vote," said Moser. "I don't think it's a 'no' to animal protection, but a 'no' for this particular measure."

Switzerland tightened its laws two years ago and now has among the strictest rules anywhere when it comes to caring for pets and farm animals.

The country's 160-page animal protection law states exactly how much space owners must give Mongolian gerbils (233 square inches) and what water temperature is required for African clawed frogs (64-72ºF).

It stipulates that pigs, budgies, goldfish and other social animals cannot be kept alone. Horses and cows must have regular exercise outside their stalls and dog owners have to take a training course to learn how to properly look after their pets.

Like in other countries, the law also forbids killing animals in a cruel fashion or for fun.

Swiss daily Tribune de Geneve reported earlier this year that a woman who decapitated four chickens and left their heads on the doorstep of her love rival received a 90-day suspended sentence.

Goetschel said he represents about 150-200 animals annually in Zurich, while in other cantons (states), only a handful of cases go to court each year.

Most of his clients are dogs, cows and cats, Goetschel told The Associated Press in a recent interview. Many cases involve the serious abuse of animals, such as deliberate wounding, rape and neglect.

But in one high-profile case last month, Goetschel represented a dead pike after an animal protection group accused the angler who caught it of cruelty for taking 10 minutes to haul the fish in.

The angler was found not guilty.
By Associated Press Writer Frank Jordans