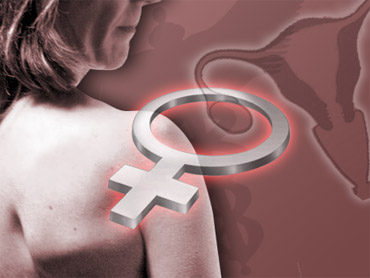 A symptoms checklist, combined with a blood test, can catch 80 percent of ovarian cancer in its earliest, most curable stages, a new study
suggests.

Doctors used to call ovarian cancer "the silent killer." That's because it was thought to have no symptoms until the very late stages of disease. But women who had or who survived ovarian cancer insisted that they knew something was wrong, long before doctors finally diagnosed their malignancy.

Finally, a doctor listened. University of Washington researcher Barbara Goff, M.D., and colleagues analyzed patients complaints and, in a groundbreaking 2004 study, announced to the medical world that ovarian cancer is not silent.

In 2007, Goff, M. Robyn Andersen, Ph.D., of Fred Hutchinson Cancer Research Center, and colleagues came up with a "symptom index" indicative of ovarian cancer. But this index caught only 57 percent of early-stage cancers.

Now the same researchers find that by adding a blood test for the CA125 ovarian-cancer biomarker - which by itself misses about half of ovarian cancers - the symptom index can catch more than four out of five early ovarian cancers.

Ovarian Cancer: Symptoms to Look For

The symptoms that warn of ovarian cancer aren't, in themselves, very specific. They may seem to be gastrointestinal or psychological rather than gynecological in nature.

"We hear all the time of women coming in with these symptoms and having them missed or dismissed by their doctors," Cara Tenenbaum, policy director for the Ovarian Cancer National Alliance, tells WebMD. "They get sent to eating disorder clinics, or treated for irritable bowel syndrome or depression."

But the symptoms are real, says Robert A. Smith, Ph.D., director of cancer screening for the American Cancer Society. A study that looked at the health records of women later diagnosed with ovarian cancer found that prior to their diagnosis, they were much more likely than other women to complain of abdominal symptoms.

So what are these warning signs? Andersen says there are three basic symptoms:

Normal women experience all of these symptoms from time to time. But if any of these symptoms started recently - within the last year - and if it's struck nearly every day for several weeks, it may signal ovarian cancer. Indeed, only 2 percent of women report recent, frequent onset of these symptoms.

"This isn't something that's been going on since a woman was 18," Andersen says. "This is something new happening to a woman's body."

Women identified as high risk by symptom index or CA125 testing would likely undergo transvaginal ultrasound to look for abnormal growths on their ovaries. Such growths are not uncommon, and the ultrasound test itself is not an appropriate test for ovarian cancer except in women with family histories or genetic backgrounds that put them at especially high risk.

"But if ultrasound is used in the group of women already selected because of symptoms or CA125 or both, then we might identify which women are the right ones to go to surgery," Andersen says. "We want to use transvaginal ultrasound to identify the false-positives among women who did report symptoms, so those who don't have ovarian cancer would not go to surgery."

Unfortunately, there's only one sure way for doctors to know if a woman has ovarian cancer: surgery.

"It is not trivial to open up the abdomen and check," Smith says.

That's why there's an intense effort under way to find a reliable way to detect cancer of the ovaries. Until that day comes, the symptoms index plus CA125 screening may be the best way to identify women who may have ovarian cancer.

Andersen, Goff, and colleagues report their findings in the Aug. 1 issue of the journal Cancer.