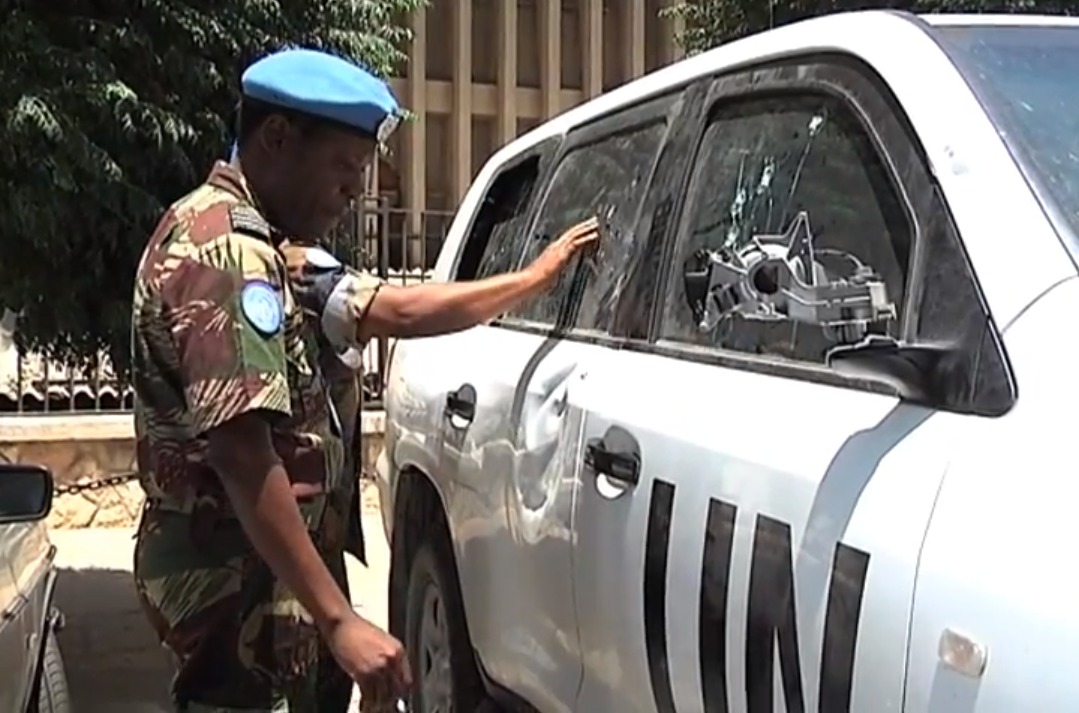 (AP) BEIRUT - Syrian forces pushed out scores of rebels holed up in a rebellious area near the Mediterranean coast Wednesday and state television said they retook control of the region following eight days of fierce shelling and clashes.

The mountainous Haffa region is one of several areas where government forces are battling rebels for control in escalating violence. Recovering it is particularly important to the regime because the town is about 20 miles from President Bashar Assad's hometown of Kardaha in Latakia province.

Latakia is the heartland of the Alawite minority to which Assad and the ruling elite belong, although there is a mix of religious groups there.


Former Secretary of State Colin Powell said on "CBS This Morning" Wednesday that he opposed direct U.S. intervention in Syria even as he acknowledged the assessment that the 15-month-long conflict between the regime of President Bashar Assad and the opposition has become a civil war.

"It's getting worse, not better, and what's out there in the way of plans is not working," Powell said.

France also said Syria is already in a civil war, echoing U.N. peacekeeping chief Herve Ladsous' statement on Tuesday. The new French Foreign Minister Laurent Fabius told a news conference in Paris: "If you can't call it a civil war, then there are no words to describe it."

He added that to stop "this civil war from worsening," Assad must leave power and Syrian opposition groups must start a new government. He said he will be in personal contact with the opposition inside Syria.

Earlier, Syria's Foreign Ministry expressed "astonishment" over Ladsous' statement that the country was already in a civil war. The ministry said it lacked objectivity, was "far from reality" and inaccurate.

"Syria is not witnessing a civil war but rather an armed conflict to uproot terrorism and confront killings, kidnappings, bombings ... and other brutal acts by armed terrorist groups," the ministry said. Syrian authorities often refer to rebels fighting to oust Assad as terrorists.

"This invitation comes in the framework of the observers' mission to find out what is happening on the ground and to check what the terrorist groups have done," a statement said.

It was not immediately clear whether U.N. observers in Syria would be able to reach Haffa. On Tuesday, an angry crowd hurled rocks and sticks at the observers' vehicles as they approached the area, forcing them to turn back. The observers were not hurt. Sausan Ghosheh, a spokeswoman for the observers, said they have been trying to reach Haffa since June 7.

Hundreds of rebel fighters were believed to have been holed up there and pulled out overnight after intense fighting in Haffa and nearby villages. The rebel fighters fled the villages of Zanqufa, Dafil and Bakkas under the cover of night, said Rami Abdul-Rahman, director of the British-based Syrian Observatory for Human Rights, citing a network of activists on the ground.

On another front, fireballs of orange flames exploded over the central city of Homs, where Syrian forces fired a continuous rain of shells that slammed into the rebel-held neighborhoods of Khaldiyeh, Jouret al-Shayyah and the old city.

But even after a week of intense shelling, rebels were still clinging to the area. Footage posted by activists from there showed a city covered in a plume of heavy grey smoke. The intermittent thud of shells was heard, followed by explosions as they slam into buildings.

In the nearby town of Deir Baalbah, rebels and troops exchanged fire in residential areas, with rapid snaps of sustained gunfire echoing through the area, according to amateur video that purported to be from the scene.

In the rebel-held town of Rastan north of Homs, six youths were killed in shelling, activists said. The circumstances of their death were not immediately clear.

On Wednesday, Clinton questioned Russia's claim that it wants peace and stability restored in the Arab country and that it is not attached to Syrian President Bashar Assad's regime.

She said Russia is putting its "vital interests in the region and relationships" at risk by blocking international action on a transition plan.

The International Committee of the Red Cross said three aid workers suffered minor injuries when an explosion hit their convoy in northern Syria Wednesday. Hicham Hassan, spokesman for the ICRC in Geneva, said the two Syrian Arab Red Crescent volunteers and one ICRC staff member were traveling from Aleppo to Idlib when the blast hit.

It was the first time Red Cross staffers have been injured since the start of the violence in Syria last year.

Turkey said it was concerned that the conflict could spill over its borders as the number of Syrian refugees increased to more than 29,000.

"We are disturbed by the possibility that it could spread to us," Deputy Foreign Minister Naci Koru told state-run TRT television. Koru said 1,400 more Syrian refugees arrived in the past two days in Turkey.

Activists say some 14,000 people have died in the Syrian conflict so far. Abdul-Rahman said they included 3,400 soldiers.

The state news agency, SANA, said "an armed terrorist group" killed the former head of the Syrian Football Union, Marwan Arafat. SANA said Arafat was attacked as he returned from Jordan to the neighboring southern province of Daraa. It said his wife was critically injured, but offered no other details.