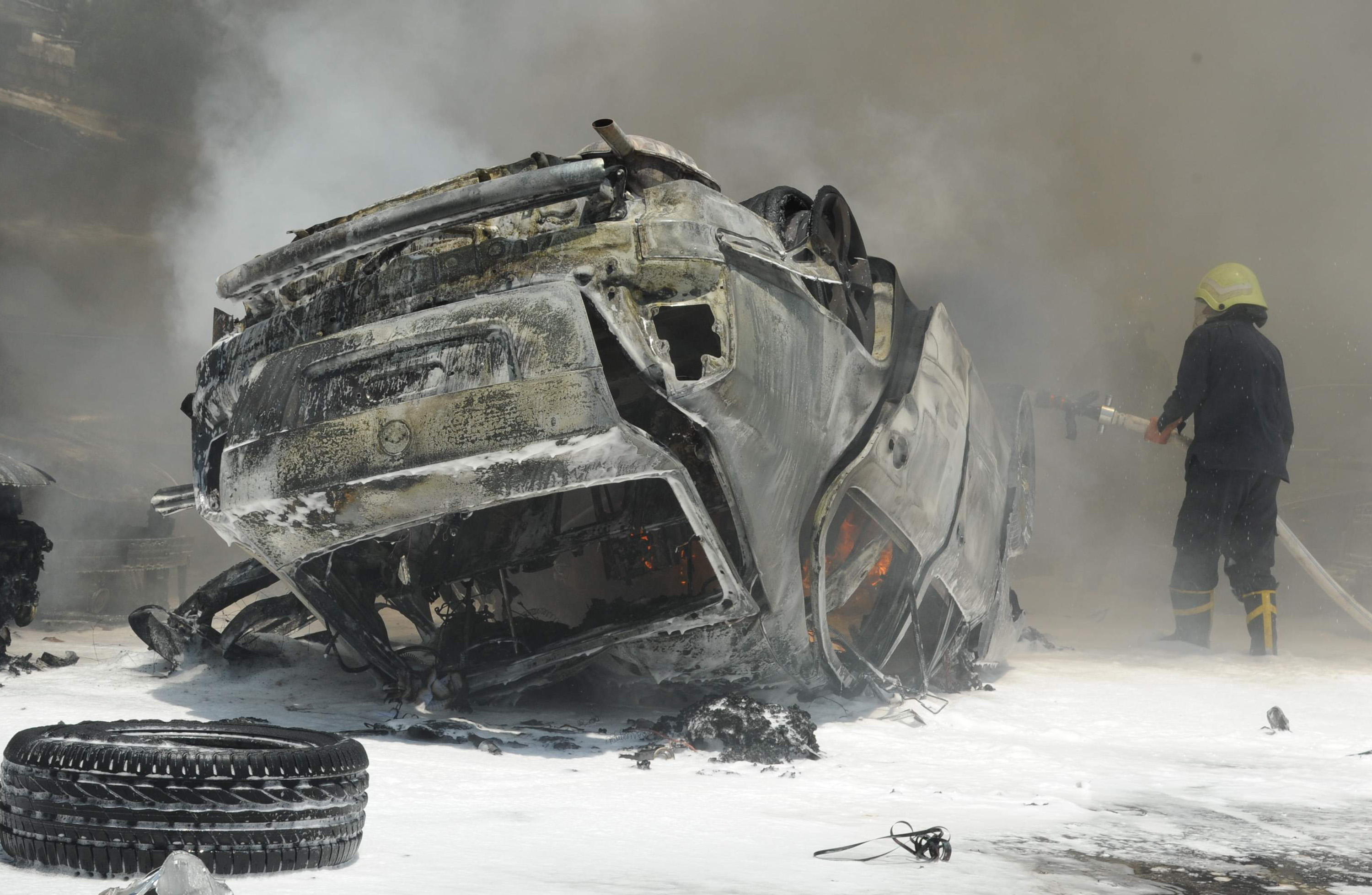 Syrian State TV said a "two terrorist explosions" hit the parking lot of the Palace of Justice, a compound that houses several courts.

CBS News' George Baghdadi says three people were hurt in the explosions, but there were no reported deaths, according to Syrian government officials.

Baghdadi reports that, according to witnesses, at least 20 cars were damaged by the blasts, which sent smoke and flames shooting up from the structure. The witnesses did not report seeing any dead or injured being carried away by ambulances near the Palace.

According to State TV, a third device was discovered unexploded in the parking area at the Palace on Thursday.

Syria has been hit by a wave of massive explosions in recent months, killing dozens of people. Most of the explosions targeted the security agencies of President Bashar Assad, who is fighting to end a 15-month-old uprising against his rule.

Much of the violence that has gripped Syria since the uprising began has been sanctioned by the government to crush dissent. But rebel fighters are launching increasingly deadly attacks on regime targets, and several massive suicide attacks this year suggest al Qaeda or other extremists are joining the fray.

There was no immediate claim of responsibility after Thursday's blast, which comes a day after unidentified gunmen stormed a pro-government television station outside Damascus, killing seven members of staff and torching the transmission facilities.