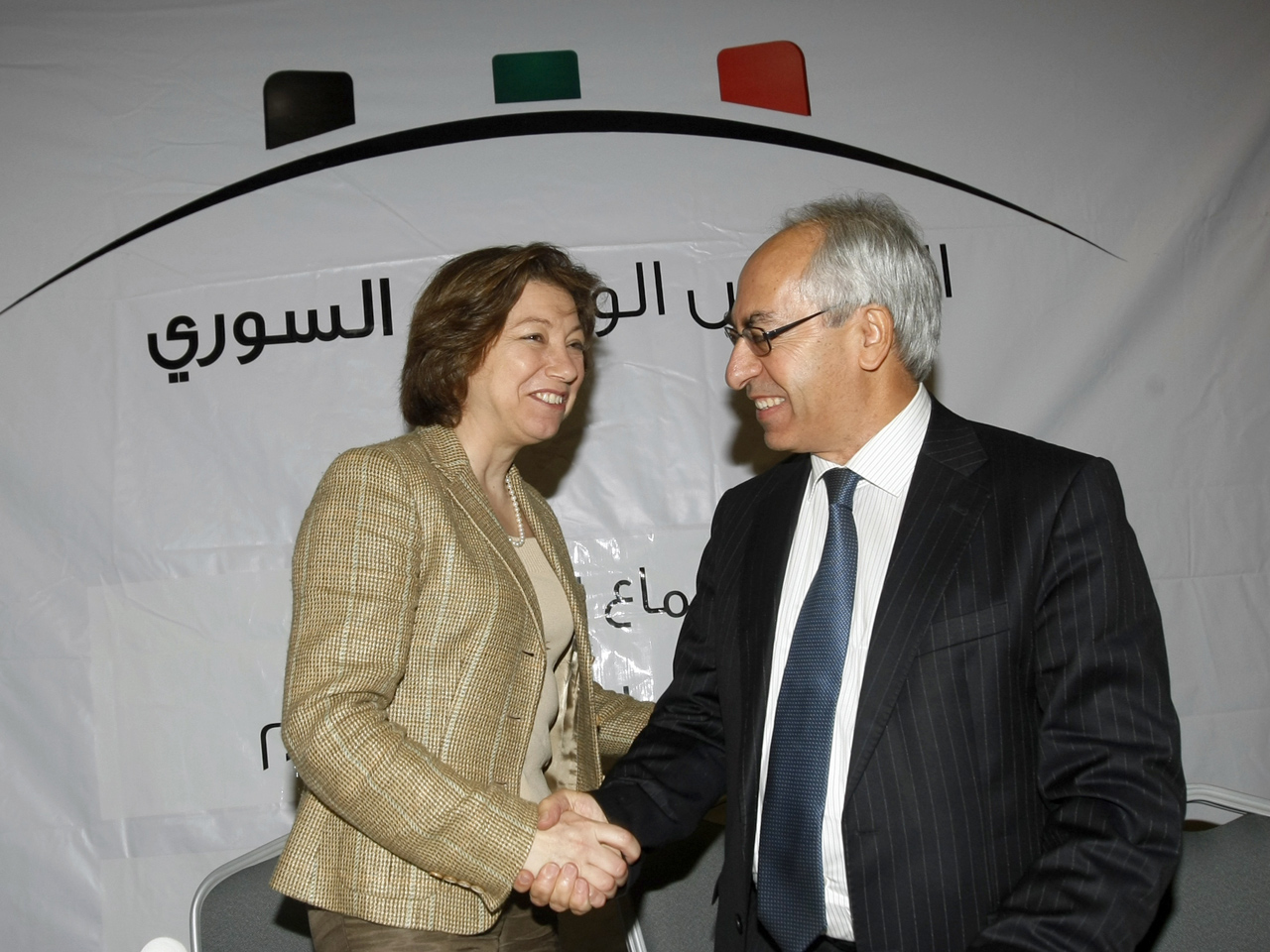 (AP) BEIRUT - Syria's main opposition group on Sunday picked a secular Kurd as its new leader after criticism that the former head was too autocratic and the group was becoming dominated by Islamists.

The opposition, hobbled by disorganization and infighting, is trying to pull together and appear more inclusive by choosing a member of an ethnic minority.

The opposition's disarray has frustrated Western powers eager to dislodge Syrian President Bashar Assad but unwilling or unable to send in their own forces to do it. There has been some willingness to support the rebels with funds and arms, but the lack of a cohesive front or a single address has hampered the efforts as the bloodshed intensifies.

On Sunday, government forces shelled rebel-held cities and villages, killing at least 38 people in the rebellious Homs district in central Syria, activists said. It was impossible to independently confirm the death toll.

The choice of Abdulbaset Sieda as head of the Syrian National Council is aimed at achieving several goals for the main opposition group.

Under outgoing leader Burhan Ghalioun, criticism mounted that the group was dominated by Islamists, especially the Muslim Brotherhood. Sieda is a secular.

Rebels battle Syrian forces in Damascus
Video: What options does the U.S. have with Syria?
Shelling resumes in Houla, but no sign of "terrorists" Assad blames

Sieda is also a Kurd, and his selection could be an incentive for Syria's minority Kurds to take a more active role in the uprising. Up to now they have stayed mostly on the sidelines.

Selection of a member of a minority group could counter criticism that under Ghalioun, the umbrella organization was too autocratic. Sieda is seen as a neutral consensus figure.

"This is clearly an opportunity and there is clearly a need for a change," said Peter Harling of the Brussels-based International Crisis Group think tank.

The SNC has only tenuous ties to the Free Syrian Army, which is doing most of the actual fighting against Assad's forces, and is itself little more than a disorganized collection of local militias.

Sieda, 56, an expert on ancient civilizations, is a longtime exile who lives in Sweden, like his predecessor, who is based in Paris. Activists actually doing the fighting in Syria worry that if they succeed in deposing Assad, the exiles will swoop in and take over.

The SNC must also gain the confidence of the international community, which is searching for effective ways to hasten the departure of Assad.

British Foreign Secretary William Hague said Sunday that he could not rule out military intervention in Syria, saying the situation there is beginning to resemble the violence that gripped Bosnia in the 1990s.

Hague said Syria was "on the edge of collapse or of a sectarian civil war so I don't think we can rule anything out."

Sieda was elected unanimously for a three-month term as president at an SNC meeting in Istanbul that stretched into early hours of Sunday.

Ghalioun presided over the council since its formation last August, but some Syrian dissidents pulled out after he repeatedly renewed his three-month term as leader. They accused him of being a liberal face for the Muslim Brotherhood, whom dissidents view as the real force behind the opposition council in exile.

Sieda said his priority would be to expand and restructure the council to include more opposition figures, particularly from Syria's religious minorities.

"We are now in the process of repairing the relationship between the SNC and the forces working inside Syria so that we may reach common ground among us," Sieda said.

Many of Syria's estimated 2.5 million Kurds — more than 10 percent of the population — join Christians, Alawites and other key minorities whose fear for the future if Assad's secular regime collapses has deterred them from joining the uprising.

Sieda said he is in touch with the main Kurdish umbrella group, the Kurdish National Council. Its delegates walked out of an SNC gathering in March after the SNC failed to back its demands for Kurdish rights in a post-Assad state.

Mohieddine Sheik Ali, the Aleppo-based head of the Syrian Kurdish Democratic Unity Party, indicated Sieda has a tough task winning over minds. "We want real partnership as Kurdish parties. We do not want to be an appendix in any opposition group," he said.

As the opposition was reorganizing, the death toll mounted with Syrian troops fighting to regain control of rebel-held areas scattered through the country.

The highest was in the central city of Homs and surrounding towns, where 17 people were killed, said Rami Abdul-Rahman of the Syrian Observatory of Human Rights. He said at least 16 Syrian forces were also killed in clashes throughout the country.

In the aftermath on clash in Homs, amateur video showed chaos in an underground medical treatment site where wounded and men lay strewn. Activists lifted one man to show the flesh ripped apart from the back of his leg, a dead boy and another man close to death.

The town of Qusair was a main target Sunday, where at least six people were killed.

"The mortars came down on Qusair by the dozens," said Abu al-Hoda, a Qusair-based activist. He said women and children have been huddled for days in basements of apartment buildings, too fearful to come out.

The military unleashed a new round of heavy shelling and sent reinforcements to a mountainous area near the coastal city of Latakia, where hundreds of rebels have set up a base and fierce fighting has raged in recent days.

The fighting between government troops backed by helicopter gunships and armed groups in the area of Haffa began on Tuesday. Abdul-Rahman said at least 58 soldiers have been killed and more than 200 wounded in the operation there since it began.

He said the heavy losses indicate the seriousness of the challenge in the mountainous area where "hundreds" of rebels are entrenched. His estimated death toll could not be independently verified.

The U.N.'s latest estimate, dating back to April, was that 9,000 people had died in the 15-month conflict. The U.N. has been unable to update the figure since. Syrian activists put the toll at more than 13,000.