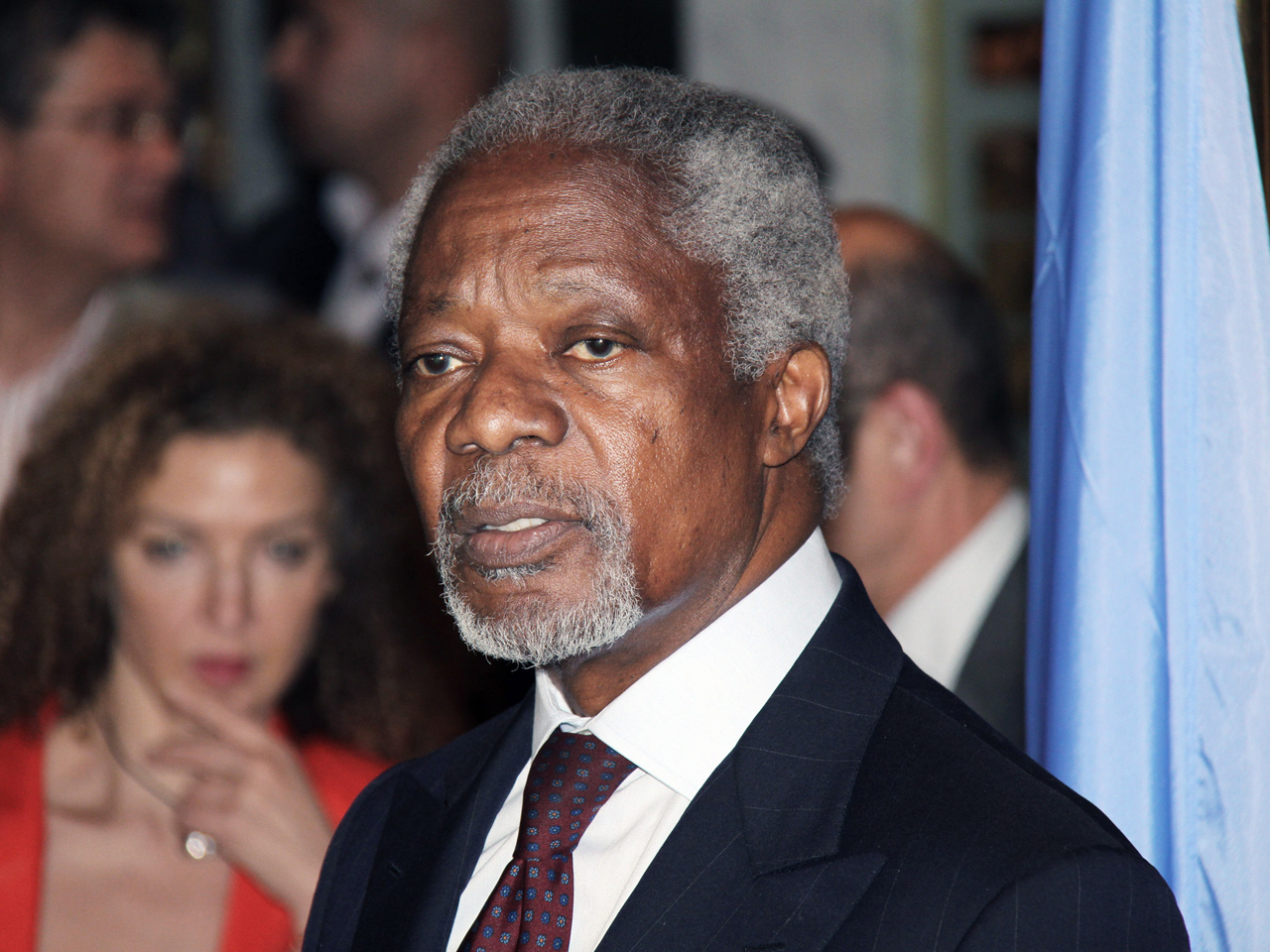 (CBS News) With news of another massacre, the U.N.-Arab League peace plan failing in Syria, and no nation interested in a military option, the question before the international community is, what can the U.N. do to stop the killing of innocents?

Repeating his caution, U.K. Ambassador to the U.N. Sir Mark Lyall Grant told CBS News, "the Kofi Annan plan is on life support, but it is not dead yet." And the U.K. Foreign Secretary William Hague said that the peace plan "clearly failed."

At the U.N. Thursday, there were few reasons for optimism. U.N. Secretary General Ban Ki-moon cautioned: "We join forces at a grave and grievous hour. The situation in Syria continues to deteriorate. Each day seems to bring new additions to the grim catalogue of atrocities: Assaults against civilians ... brutal human rights violations ... mass arrests ... torture ... execution-style killings of whole families."

The Joint U.N.-Arab League Envoy to Syria Kofi Annan expressed his horror and condemnation at the new massacre, saying, "I must be frank and confirm that the plan is not being implemented."

If the Annan peace plan is on life support, it is likely due to the report from the Secretary General that U.N. unarmed observers were denied access in Al Qubayr by the Syrian government and then were shot at trying to reach the site. But with the 300-strong U.N.-mandated peacekeeping force in the crosshairs, Herve Ladsous, the Under-Secretary for Peacekeeping, has been hesitant to call for the increase in their numbers.

There are several options that the U.N. Security Council and the General Assembly are mulling, according to diplomats familiar with the investigations. One is a General Assembly resolution, although non-binding, that would call on the Security Council to refer the case to the International Criminal Court and to reinforce the efforts of the Human Rights Council and the High Commissioner. That would send a message to Assad that he may end up with an arrest warrant for him, and the places he could flee would be limited.

Another possibility, one that was sounded out by U.S. Treasury Secretary Timothy Geithner, is to impose tougher sanctions, ones similar to those against Iran. But that, too, would require Russian support, and Russian U.N. Ambassador Vitaly Churkin said: "Our attitude to sanctions frankly continues to be negative."

With the conflict in Syria intensifying and the peace plan faltering, former Secretary General Kofi Annan has been sounding out a new idea in order to try to avert an all-out civil war and rescue his plan for a political transition.

Kofi Annan's new proposal, still in its formative stages, is to create a Contact Group for Syria, one which would include the U.S. and Europe, Russia and China, as well as interested regional nations, such as Saudi Arabia, Qatar, Turkey and Iran - in order to bring Russia, Syria's key ally, to understand that it will want a role to play in a post-Assad period.

The stakes are high in Syria. Both Syria and Iran are stonewalling the international nuclear watchdog agency's monitoring of their nuclear ambitions, at the same time that the fighting has gotten to a fevered pitch in Syria, so Kofi Annan's plea to the U.N. (and the U.S.-Russia negotiations) are key to avoiding a wide ranging regional crisis.

Ahmad Fawzi, Kofi Annan's spokesperson, told CBS News that the Contact Group plan could come up with the Security Council in consultations soon.

Even though the Contact Group is an idea in preliminary form, the Russian Foreign Ministry said that Iran must be invited, an idea already rejected by the U.S. The result was that Annan did not discuss the idea during this visit.

Because the cease fire which the Annan peace plan put into place has not ceased the 15-month violence, the U.S. and Western nations are calling for more forceful action. The U.N. needs Russia's help to stop the violence and begin a political transition, so it may take a few weeks, when President Obama and Russian President Vladimir Putin meet face to face in Mexico in mid-June.

France has also taken the initiative, proposing a third meeting of the Friends of the Syria group on July 6, a proposal welcomed in the meetings with Clinton and others in Istanbul, to "mobilize all States and organizations willing to lend their support to the Syrian people," according to the French Foreign Ministry.

Time is short. Annan told the General Assembly: "The country is becoming more polarized and more radicalized. And Syria's immediate neighbors are increasingly worried about the threat of spillover. The future is likely to be one of brutal repression, massacres, sectarian violence, and even all-out civil war."

That is the warning from the international mediator. As Annan's new proposal, a Contact Group to include those supporting the government of Assad take form, the hope of the Joint Special Envoy as well as of Washington, is that Russia will heed the warning that their role in any post-Assad regime will be determined by their willingness to help end the violence.