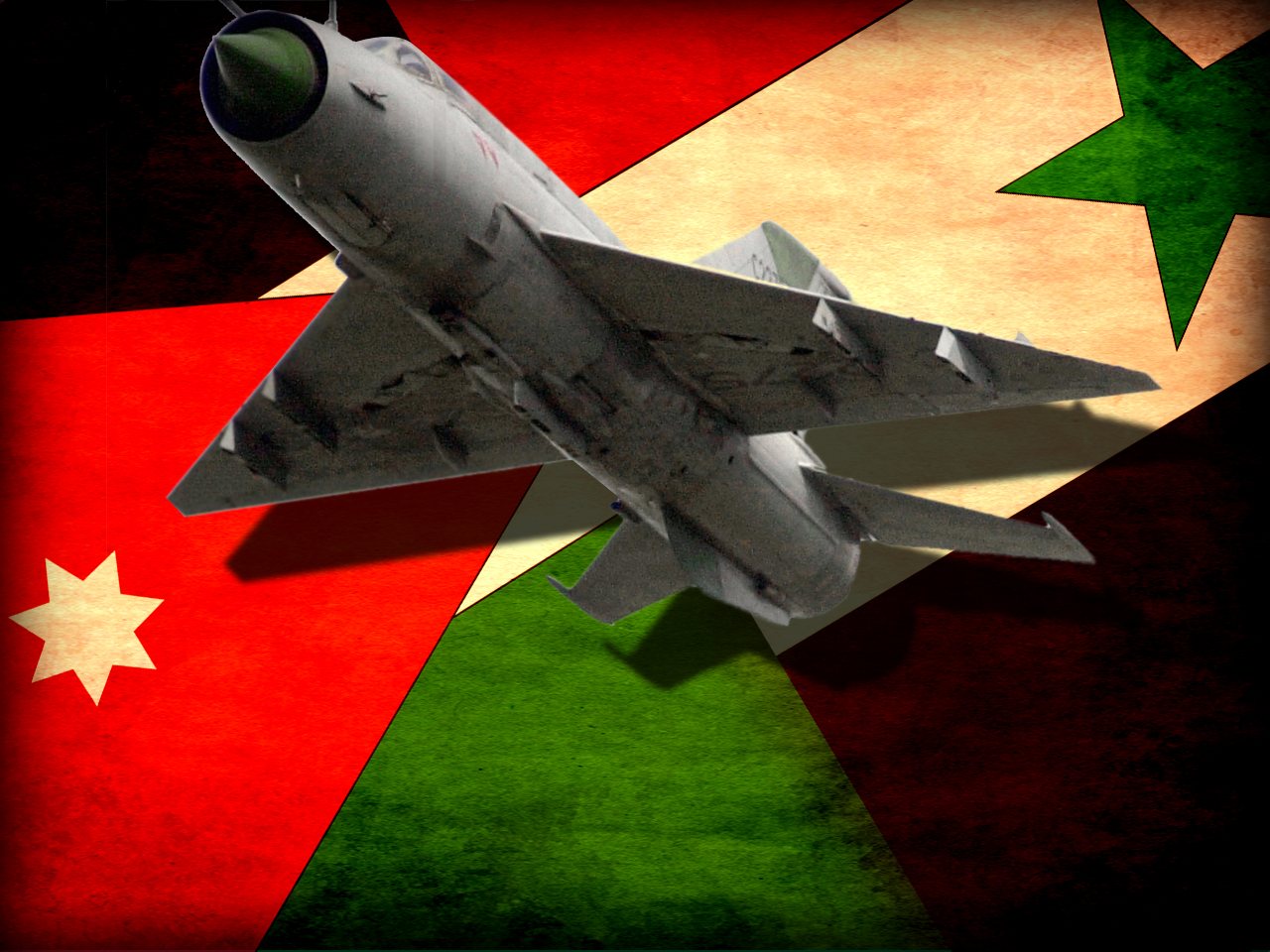 (CBS/AP) AMMAN, Jordan - A Syrian fighter pilot on a training mission flew his MiG-21 warplane to Jordan on Thursday and asked for political asylum, the first defection of an air force pilot with his plane during the 15-month uprising against President Bashar Assad.

The air force is considered fiercely loyal to Assad's regime and the defection suggests some of Syria's most ironclad allegiances are fraying. It was a triumph for the rebels fighting to overthrow Assad. A spokesman for the rebel Free Syrian Army, Ahmad Kassem, said the group had encouraged the pilot to defect and monitored his activity until the jet landed safely in Jordan.

In a statement, the Syrian Defense Ministry said: "At 10:34 a.m. Syria time we lost contact with a MiG-21. The pilot onboard was Colonel Hassan Mare'ei Hammadeh was on a routine sortie [in] southern Syria. Pilot Hamadee is considered a deserter who betrayed his country and his military honor. We will follow the usual procedures adopted in such cases. We will request from Jordanian authorities to return the aircraft."

Col. Hammadeh removed his air force tag and kneeled on the tarmac in prayer after landing his plane at King Hussein Air Base in Mafraq, Jordan, 45 miles north of Amman, a Jordanian security official said.

He said Jordanian official were questioning the defector, but he will be allowed to stay in the country on "humanitarian grounds."

"He was given asylum because if he returned home, his safety will not be guaranteed. He may [be] tortured or killed," the official said. He declined to say what Jordan will do with the jet. The official insisted on anonymity, citing the sensitivity of the matter.

Arab television networks and the Reuters news agency quoted the Jordanian information minister as saying the pilot had requested political asylum in Jordan.

The defection is a sensitive issue for Jordan, which wants to avoid getting dragged into the Syrian conflict. Jordan already has taken in 125,000 Syrian refugees, including hundreds of army and police defectors, and Syria is seeking their return.

A diplomat present at the U.N. Security Council briefing earlier this week by the head of the U.N. observer mission in Syria, Major General Robert Mood, told CBS News' Pamela Falk on Wednesday that Gen. Mood had been surprised at the efficacy of the rebel forces, and to see that the majority of those forces appeared to be Syrian military defectors - including some at senior levels.

Mood said the opposition had clearly become better at fighting over the course of the past 15 months of the uprising, according to the diplomat.

In March, Turkish officials said that two Syrian generals, a colonel and two sergeants had defected from the army and crossed into Turkey. Also in March, Syria's deputy oil minister became the highest-ranking civilian official to join the opposition and urged his countrymen to "abandon this sinking ship" as the nation spiraled toward civil war.

Brig. Gen. Mostafa Ahmad al-Sheik, who fled to Turkey in January, was the highest ranking officer to bolt. In late August, Adnan Bakkour, the attorney general of the central city of Hama, appeared in a video announcing he had defected.

In January, Imad Ghalioun, a member of Syria's parliament, left the country to join the opposition saying the Syrian people are suffering sweeping human rights violations.