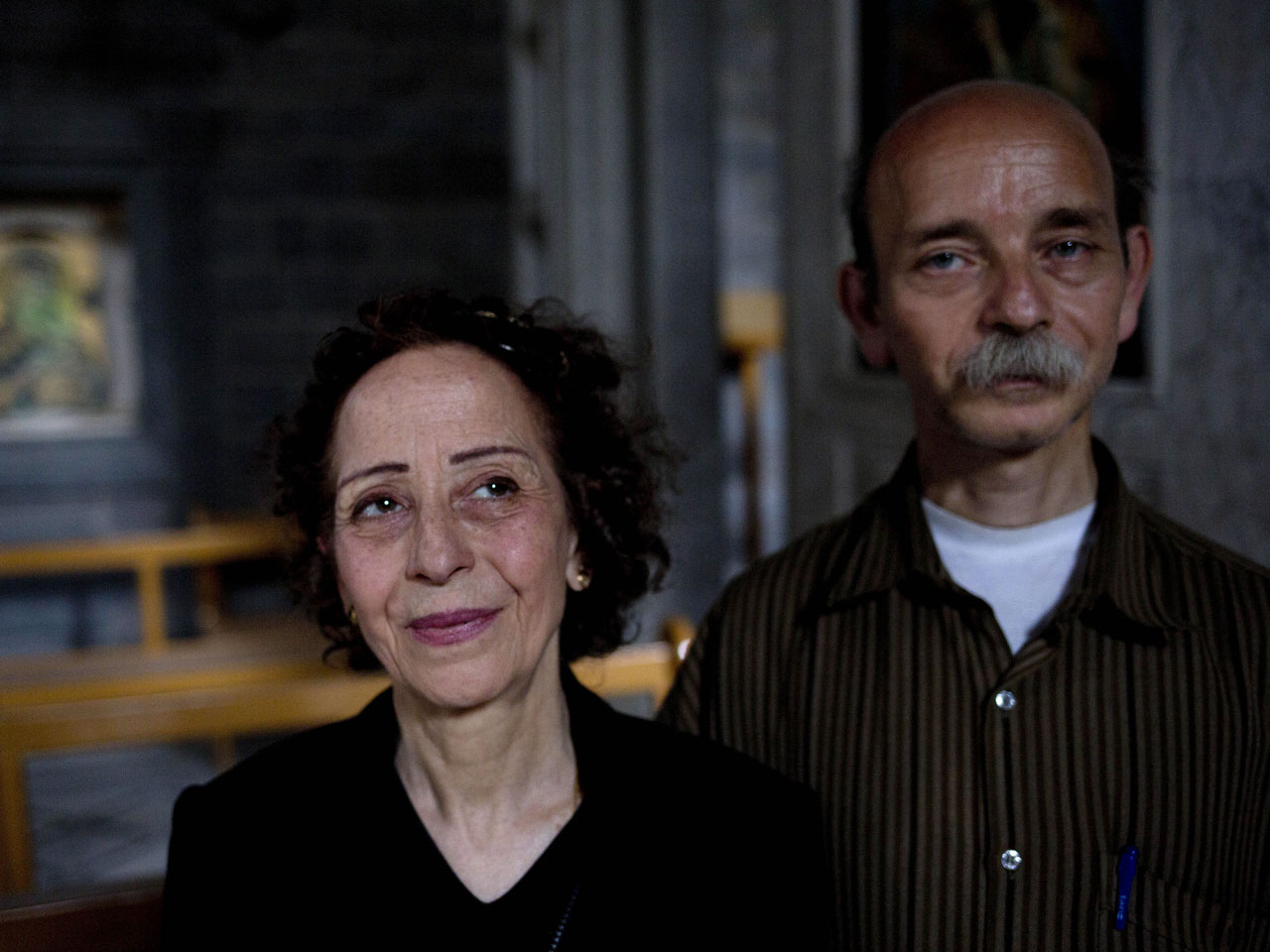 HOMS, Syria - Over the course of the 700-day blockade, her world shrunk to her living room and her kitchen. She survived by eating plants and reading books. She refused to look in the mirror, because seeing her withered state might break her spirit.

Zeinat Akhras, a 65-year-old pharmacist, still bears the effects of nearly two years trapped in her home, surrounded by rebel fighters during the government's siege on the ancient quarters of the central Syrian city of Homs. She's still a wispy 83 pounds, even after gaining eight pounds since the blockade ended in early May with the fall of the rebels in the city.

"Every day, we said it will end tomorrow," Akhras said in a recent interview with The Associated Press in her home. "If we counted the number of days, we would have given up."

Homs' Old City, a series of crowded neighborhoods, was under siege and bombardment in a campaign by government forces to starve out rebels since very early on in Syria's ongoing crisis. Homs had been one of the first to rise up against the rule of President Bashar Assad with protests in March 2011, turning the city into a battleground as government forces cracked down and opponents took up arms.

Government forces clamped the seal over the opposition-held districts in early 2012. Most of the tens of thousands of residents of the areas had already fled. With the siege dragging on, rebels began deserting as hunger spread, and morale collapsed in late 2013. Finally, the last few dozen fighters were evacuated in May to areas further north under a cease-fire, and government forces took full control of the city.

Akhras and her two brothers were among the few civilians who stayed until the end, in their multi-story family home in the al-Maljaa quarter, decorated like many of the area's homes in an Arab medieval style of black-and-white geometric facades.

They stayed because they feared rebels would seize the building - the fate of other abandoned homes - or would loot the family pharmacy or clothing shop.

In the beginning, the siege was tolerable because Akhras' family had hoarded provisions for the sometimes long lockdowns during previous gunbattles. They were well stocked with rice, beans and cracked wheat and fuel.

As the blockade deepened, Akhras rarely left the building - perhaps six times during the 700 days, she estimated.

"I used to come back sad from seeing the destruction. This area used to be full of life," she said.

Life took on a routine.

Her brothers Anas and Ayman went out to check on their businesses and kept an eye on the nearby Mar Elia church. She cooked, kept the building tidy. She rose at dawn and slept at sunset, since there was no electricity. Over the course of the two years, at least 12 shells slammed into their home, causing damage upstairs.

"It was bothersome, because we'd hear explosions day and night. You get used to it."

A priest asked the Akhras siblings, who are Christians, to hide valuable church property. So gradually, icons and boxes of centuries-old church records piled up in their home. Then, their pharmacy and clothes shop were looted in 2013, so the brothers brought home boxes of remaining medicines and clothes to store as well.

As the siege dragged on, rebel fighters showed up repeatedly demanding food and fuel, Akhras said. They usually came in groups, ordering Akhras to sit in the living room as they raided the kitchen and the upstairs apartments where food was kept. One young rebel snatched a jam jar that "barely had a spoonful left in it," she recalled.

Toward the end, the fighters didn't even bother to come with guns - they simply knocked on the door and demanded food. Finally, in mid-2013, armed rebels surrounded the building and came in, carrying away nearly the entire stock of food and fuel. The siblings were left with only cracked wheat, which ran out by January.

Still, she said her family was not harassed by the Sunni rebels for being Christian - it appeared to be because her house was the one with food.

Tragedy came in December. One of her brothers, Anas, who was suffering from cancer, left in a U.N. organized evacuation of hundreds of civilians from the Old City. He died 19 days later.

For the last months, Akhras kept her mind on daily tasks.

Without fuel, her surviving brother Ayman collected firewood. With their supplies down to only tea, oil and spices, Ayman also collected greens - dandelion, chicory and mallow, plants so unnoticed by a city-dweller that Akhras referred to them simply as "grass." Even those became so scarce that Ayman dug for them in a church cemetery.

Akhras' duties now included chopping wood to fuel the subya, a traditional heater-oven. She learnt to soak, boil and spice the salvaged greens.

She lost her appetite on the bitter, monotonous meals. She withered from about 127 pounds when the blockade began to 75 pounds, shrinking as her space grew smaller.

Akhras said she didn't want to upset herself by looking in the mirror. "I knew I had lost weight. It was like I was on a diet I never wanted."

Only after the siege was over did she finally see her transformation - she saw herself on TV, in footage of the army's entry. "I was smaller than a child!" she exclaimed.

In free hours trapped in her home, Akhras devoured books - the Bible and stories of saints, mostly. Neatly arranged on her coffee table stood a row of large bullet casings.

Her darkest days, she said, came after Anas died and when Ayman went to sleep in another building they own to keep away looters. She was left alone as rebels raided the building again, this time digging upstairs for more medicine and clothing.

Akhras initially didn't know on May 9 that the blockade had been lifted and government troops had entered the neighborhood. She has no radio and did not listen to the news. In a rare outing to the well across her alleyway, she saw a man who told her, "The army is here."

Surprised, Akhras found a soldier and asked him for bread - still unaware of how skeletal she appeared. The soldier bought her two dozen pieces of pita bread.

"I ate a whole piece of bread myself," she said, her eyes shining. "It tasted like sweets."