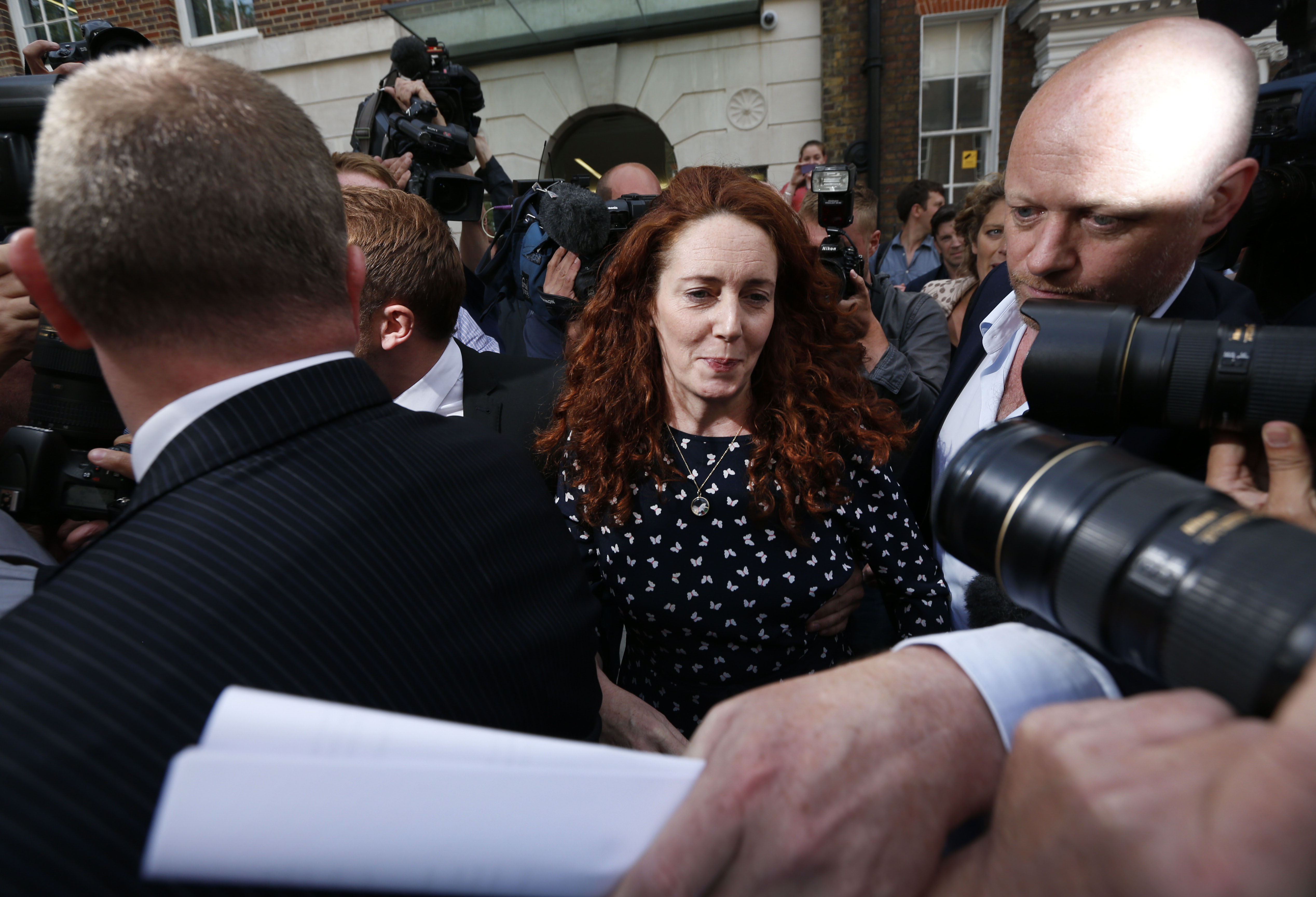 LONDON - Former News of the World editor Rebekah Brooks said Thursday she is innocent of phone hacking and other crimes and feels vindicated by a jury's unanimous decision to acquit her.

The ex-tabloid editor made her first public statement since being cleared after an eight-month trial on charges of conspiring to hack phones, bribe officials and obstruct police.

Standing outside her London home beside her husband Charles - who was also acquitted - Brooks said the last few years "have been tough."

"It has been a time of reflection for me," she said. "I have learned some valuable lessons and hopefully I am the wiser for it.

"I am innocent of the crimes that I was charged with and I feel vindicated by the unanimous verdicts."

Brooks, 46, said she would offer support to former colleagues who still face trial.

Dozens of journalists have been arrested since the revelation that Rupert Murdoch's now-shuttered News of the World tabloid eavesdropped on the voicemails of thousands of people in a law-breaking quest for scoops.

Brooks has said she was unaware of phone hacking while she was editor of the tabloid between 2000 and 2003.

Brooks, her husband and four of her former employees were acquitted of wrongdoing on Tuesday. But ex-News of the World editor Andy Coulson - Brooks' sometime deputy and former lover - was convicted of conspiring with other staff to hack phones.

He faces up to two years in jail when he is sentenced next week.

The hacking scandal sent tremors through the top of British politics. Brooks is a friend and neighbor of Prime Minister David Cameron, and Coulson was his director of communications for years.

The scandal also shook Murdoch's media giant News Corp., which has spent more than $500 million in legal settlements and other hacking-related costs.