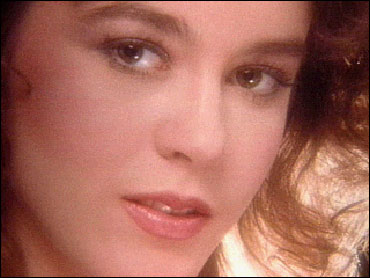 Inspired by the tragic case of Crystal Brame, the city of Tacoma, Wash., has unveiled a domestic violence center. It is the result of the dedication of Crystal's parents, Lane and Patty Judson.

For the Judson family, the opening of the domestic violence center is the culmination of three years of work, an effort spurred by a shocking murder.

Crystal was shot in April 2003. It was her husband, Tacoma Chief of Police David Brame, who pulled the trigger.

After shooting his wife, Brame killed himself. The entire tragedy unfolded before the eyes of their two young children, Haley and David.

Within days of the funeral, Crystal's parents went into action.

"We wanted to get to the truth of how something like this could happen," said Lane Judson.

As it turned out, Crystal was the victim of domestic abuse. Living in idyllic Gig Harbor, she was surviving in a state of constant fear. Looking back, her parents now remember signs of trouble.

"He was controlling her in terms of how much money she could get," recalls Judson. He says Brame also bullied his wife about her weight.

a neighbor told
CBS News national correspondent Hattie Kauffman that Brame held a gun to Crystal's head, saying that she would never get away from him alive.

There had, in fact, been past allegations that David Brame was violent.

Ruth Teichroeb, reporter for the Seattle Post-Intelligencer says Brame had an ugly secret.

"A rape victim came forward and said that David Brame had raped her in 1988," says Teichroeb.

In fact, a psychologist checked the box saying "I do not" recommend Brame be hired as a cop. But not only was he hired, he was quickly promoted.

When Crystal left her husband and took the kids with her, friends say she actually had something to look forward to.

And as details of Crystal's complaints against her husband leaked out, newspapers were calling for an investigation and some city officials were suggesting that Brame be placed on leave and surrender his badge and gun.

But Brame's boss, City Manager Ray Corpuz, stood by him and called the divorce a private matter. The city leadership did not take away Brame's gun and Crystal was killed with a police service revolver

Crystal's mother, Patty Judson, told Kauffman she sometimes blames herself for not protecting her daughter. "As I think back at the things I should really have paid attention to, we did — but we didn't," she said.

Now they're making sure everyone is paying attention. The Judsons began a massive letter writing campaign to the nation's capitol.

"On her deathbed up there I made a promise to her that I would work as hard as I could to get some kind of federal legislation through so that other women or spouses wouldn't have to go through the same kind of thing," says Lane Judson.

The family also sued the city and county and settled for $12 million, though the Judsons say their lawsuit was never about the money, but was about making sure something like this never happens again.

The domestic violence center in Tacoma is a unique facility where victims can get all the help they need — from police interviews to court services to counseling.

Crystal's parents made a point of dropping their daughter's married name from the center, calling it instead by her maiden name, Crystal Judson.

"I wish it would have been there for our daughter," says Patty Judson.

Her husband, Lane, adds, "If we can help and save just one person, that's what we're after."