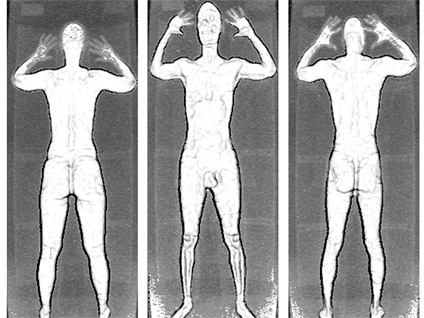 I stipulate this is an opinion piece. It is my opinion and my opinion only and does not represent anything else but my opinion.

The whole anti-TSA thing has gotten out of hand. People are out there beating their chests and panting in hysteria about new screening protocols by the Transportation Security Administration. The TSA has become the new DMV -- the government agency people love to hate. I love the TSA.

I love the TSA because I think it has the most impossible mandate of any government agency. It must be right 100 percent of the time. Terrorists only have to be right once.

From its inception, lawmakers and the public have sought ways around the hard job of keeping bombs off of airplanes. John MaGaw, a much respected law enforcement officer and administrator was the first director of TSA. He didn't last long because he took his job as seriously as Matt Dillon or Wyatt Earp and his tough approach to airport security produced long lines and inconvenience for travelers, angering stakeholders. He was forced out by lawmakers who hoped that an easier, softer way could be found.

There is none. TSA will always have to fight the last threat. Richard Reid the shoe bomber is why we have to take our shoes off, he tried to blow up a plane soon after 9/11 In August 2006, terrorists in London were arrested for trying to bring liquid bombs on airplanes, and now our liquids are reduced to 3oz at the most. It's pretty damn hard to ship a printer and toner cartridge by airplane because of the air cargo plot last month. And now our "junk" is getting screened because of the underwear bomber.

How easy for people on the right and left extreme to scream about Big Brother - but I've never heard a good idea from either extreme on how to proceed. It's common sense. There is no choice, unless you choose no security. And that isn't an option.

The screeners are the public face of the TSA. I feel for them. They interact with a public that thrives on amnesia - people who would rather just not think about 9/11 or the actual threat of bombs and explosives stuffed in someone's underwear. For most of the public it's about the right here and right now - people in such a hurry to get somewhere they say they don't care about security.

TSA and its security officers are now maligned as "big brother" gone mad for people's "junk." Excuse me, and this is not a scientific poll, but I suspect that if you polled all TSA security officers - that is, the airport screeners making an average of about $32,000 a year, you won't find a lot of them who want to touch other people's "junk." I am fairly certain they'd just as soon let someone through as pat down their "junk." Think about it.

And if you listen to the news, you might think you are automatically going to be patted down when you go on your next flight. That is not true. You also might think you are automatically going to get a full body scan. Also not true. You might, if you're flying from one of the 68 airports that have those machines. There are around 500 airports with scheduled service in the United States. And by the time every airport has them in operation, there will be new software that really obscures the full body figure. It just isn't that invasive.

I stand with John Pistole, the Administrator of the TSA. If you don't like it, don't fly. Or start your own private airline - and advertise the fact that there are no annoying screening or security protocols on your airliners -and let us know how that goes.

Could we all just take a deep breath and get real. Here are four facts that might help you make a rational decision about flying:

Did you get that last one?

Ward Sloane a CBS News Senior Producer based in Washington.