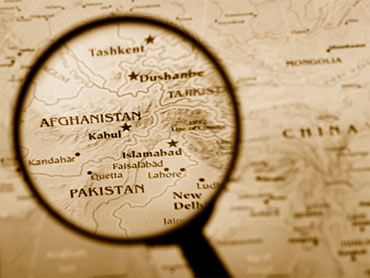 The Taliban are dismissing this week's Afghanistan conference in London, saying it will produce no more results than previous gatherings organized by "the invaders," meaning the U.S. and its allies.

The Taliban also say in a statement on their Web site that offers of economic incentives will not draw away fighters from the movement because the militants are not fighting for "money, property and position" but for Islam and to end the foreign military presence.

The statement said the eight-year international presence has benefited no one except "drug dealers, corrupt people, human rights violators and land occupiers in government offices."

The Taliban also say Afghanistan would be no threat to any other country if the militants return to power.

The veteran U.S. negotiator said Karzai will outline an ambitious plan Thursday to convince low-level and midlevel Taliban fighters who don't back al Qaeda to give up their fight against U.S. and NATO forces.

The plan will be a centerpiece of the one-day London conference designed to boost the flagging war effort in Afghanistan, where U.S. and NATO forces have been taking increasing casualties from a resurgent Taliban. Secretary of State Hillary Clinton arrived in London Wednesday for the talks.

Holbrooke said U.S. officials believe the majority of Taliban forces do not back al Qaeda or its extremist ideology.

"The overwhelming majority of these people are not ideological supporters of Mullah Omar (the fugitive Taliban leader) and al Qaeda," Holbrooke said. "Based on interviews with prisoners, returnees, experts, there must be at least 70 percent of these people who are not fighting for anything to do with those causes."

He said he was encouraged by recent polls in Afghanistan indicating that a majority now blames the Taliban, not Western forces, for the country's violence.

Holbrooke declined to say how much the reintegration plan would cost.

"We don't know enough about the plan," he said.

Karzai said Wednesday that Afghanistan aims to reduce soon the burden on its allies of providing security, but cautioned that Afghan forces would need long-term international support.

Meeting German Chancellor Angela Merkel in Berlin, Karzai said that "Afghanistan does not want to be a burden on the shoulder of our allies and friends"

"Afghanistan wants to soon be defending its own territory, its own people, with Afghan means," he said.

Holbrooke said there are "red lines" that could not be crossed during negotiations with Taliban figures, and that those who back al Qaeda, or support the group's harsh treatment of women, would not be accommodated.

He said there has been no discussion of an amnesty for Taliban fighters, saying the immediate goal is to convince them to stop fighting.

"My philosophy is that you're trying to prevent future deaths," he said. "We're trying to offer an opportunity to get shooters off the field so they don't kill more people. My heart goes out to the families that have lost loved ones, but this is not a disservice to them."

Holbrooke, who played a central role in negotiating the Dayton peace agreement that helped bring the Bosnian war to a halt, said the situation in Afghanistan and Pakistan is far more complicated than the one he faced in the Balkans.

He said the goals for the London conference go beyond the reconciliation plan and will include discussions of a province-by-province handover of security control from U.S. and NATO forces to Afghan forces. But he conceded no timetable will be announced.

Instead, conditions will have to be met before the security transition can begin, he said.

The U.S. also plans to endorse stronger anti-corruption measures in an effort to clean up government practices, he said.

Holbrooke endorsed Karzai despite widespread vote-rigging in the last election and leaked diplomatic cables showing that the U.S. ambassador to Afghanistan had grave doubts about Karzai's fitness to lead.

"The election last year was very messy, as President Obama has said publicly," Holbrooke said. "But he is without doubt the legitimate, elected president, despite the voting irregularities, which were very unfortunate, so the international community will work him."

The Afghan government received strong support Wednesday as Britain's Treasury chief Alistair Darling announced that Afghanistan's creditors have agreed to debt relief worth US$1.6 billion ahead of the London conference.

He said on the decision will help Karzai's government to rebuild the country's fragile economy.

Afghanistan's Finance Minister Omar Zakhilwal said in London the country had now received debt relief worth a total of US$11 billion.

Meanwhile, NATO said Wednesday it had reached agreement with Kazakhstan to open a new supply route for international forces through Central Asia, offering an alternative to the alliance's main logistics chain through Pakistan, which has come under repeated militant attack.