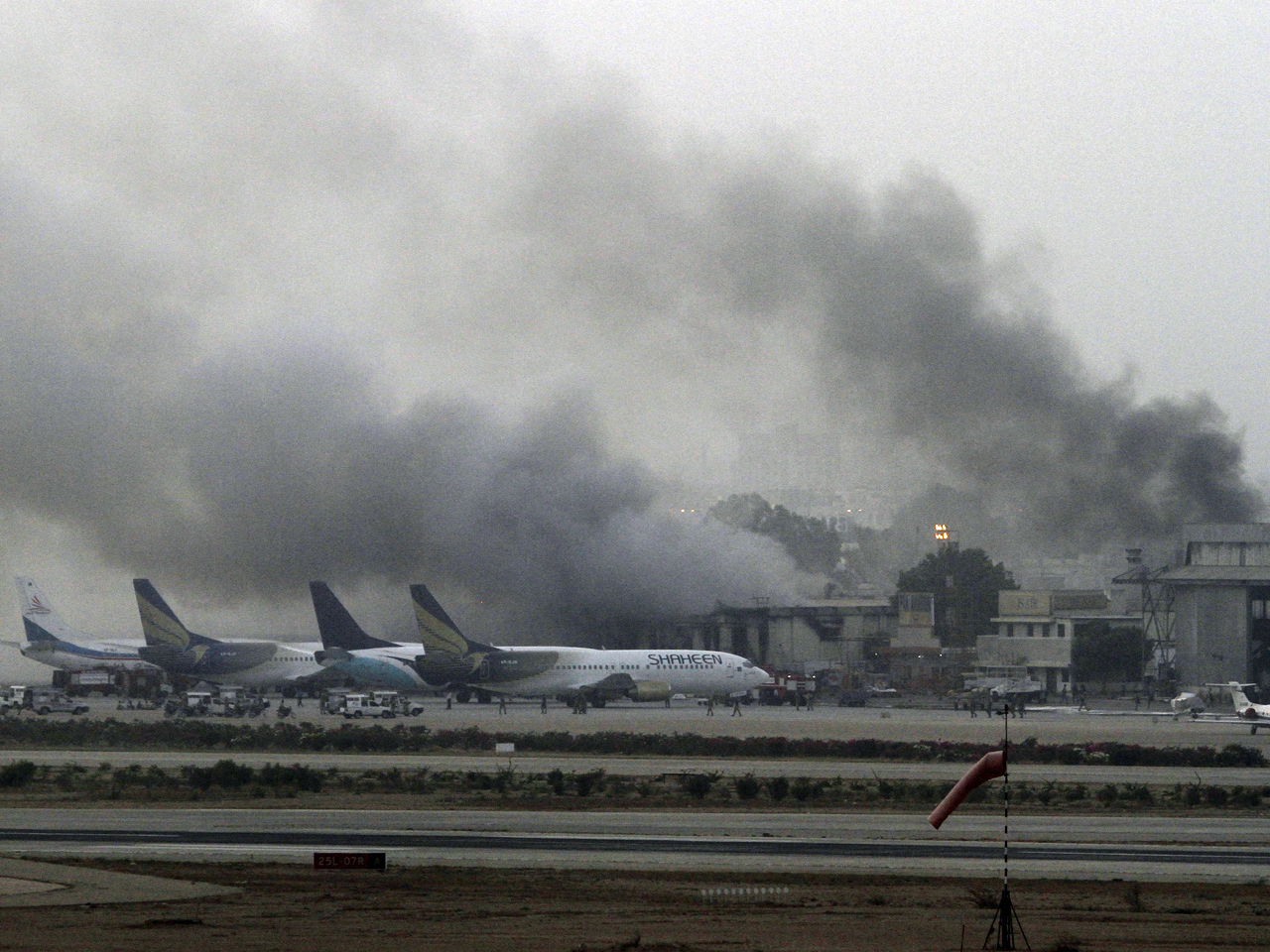 KARACHI, Pakistan -- Pakistani officials said Monday that a brazen five-hour attack by militants on the international airport in Karachi had left at least 29 people dead, but police managed to regain control of the terminal.

Rizwan Akhtar, the paramilitary Rangers chief, said all 10 "terrorists" who attacked the Jinnah International Airport were killed. He said Pakistani forces were combing through the terminal and would hand it back to civilian authorities later Monday.

A senior Pakistani security official told CBS News' Farhan Bokhari that 19 other people died in the attack and ensuing gun battle. It was not immediately clear how many of those victims were members of the Pakistani security forces, but Dr. Seemi Jamali from Karachi's Jinnah Hospital said 11 of the bodies brought to the morgue were of airport security personnel.

Bokhari said the Pakistani Taliban (TTP) claimed responsibility early Monday for the attack, which started late Sunday when gunmen disguised as police guards stormed the terminal after opening fire with machine guns and a rocket launcher.

The airport's old terminal -- mostly used for cargo and VIP flights these days -- was the where the attack began and a security official told Bokhari the militants gained access to the compound through that building.

CBS News correspondent Clarissa Ward reported that, in their message claiming responsibility for the attack, the Taliban said it was revenge for the killing of the group's former leader in a U.S. drone strike, and they warned that more attacks were to come.

Pakistan's prime minister has been trying to engage the Taliban in peace talks, but the government has made little headway thus far, and some argue the founding talks have simply enabled the group to get stronger.