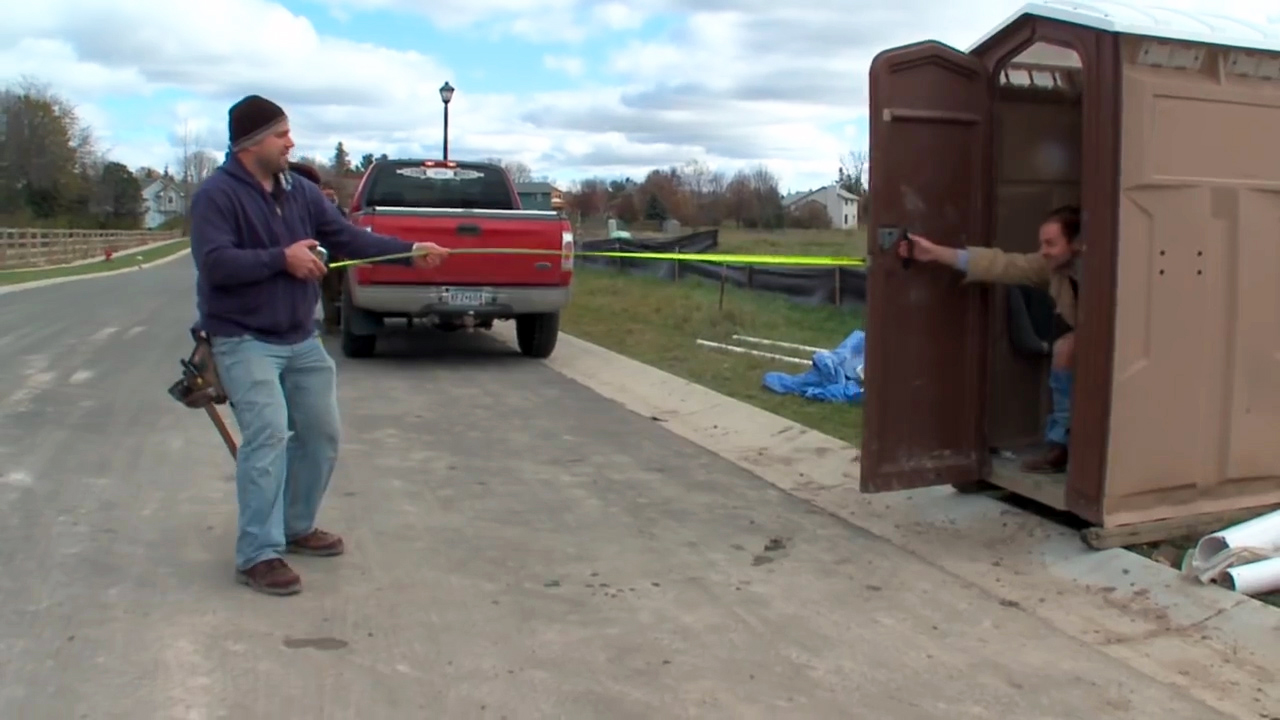 Some of the latest and greatest viral videos include a construction worker with "superhuman" tape measuring talents and a man using Nerf darts to make the most out of office boredom.

First up, spmconstructionmn posted this video of a guy who has some serious tape measuring talents. Some on the Internet are flagging this as a fake. Fake or not, it's pretty cool. And, not to be a stickler, but if he spent a little less time playing around, that house he's "working" on might have some walls.

Should you ever meet an alien and it asks you to explain YouTube, just show it this video from Charles Tietjen. Here's a guy taking office boredom to a whole new level using Nerf darts on his eyeballs. What a visionary.