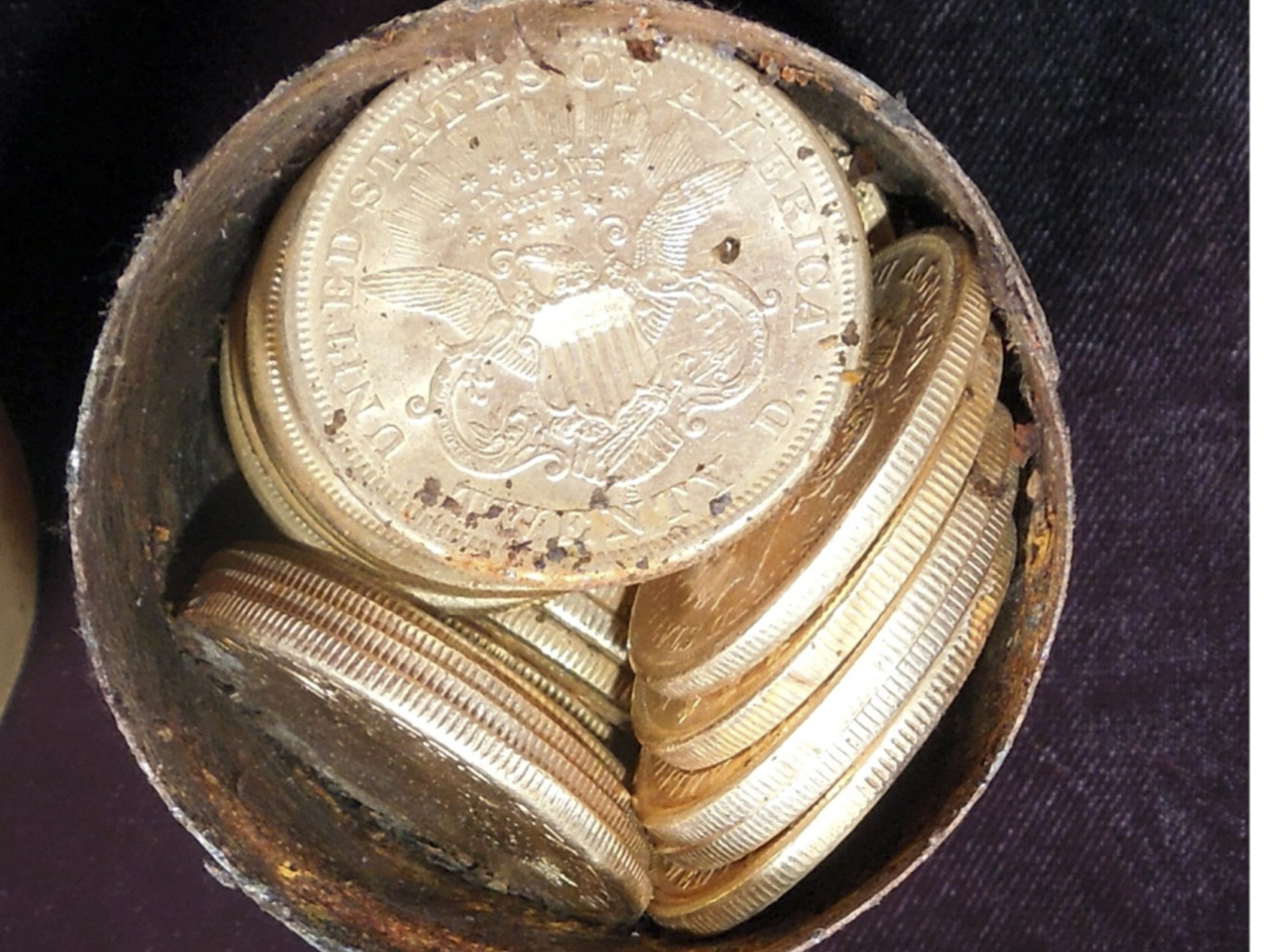 Finding a trove of 19th century gold coins was an unexpected windfall for a California couple, but what comes next is one of life's great certainties: taxes.

The couple is likely to lose about half the coins' value in taxes to the U.S. government, thanks to a 1969 tax case called Cesarini v. United States. In the 45-year-old case, a husband and wife bought a used piano for $15 but found about $4,500 stashed inside. Although they argued that the money shouldn't be taxed, the court found in favor of the IRS.

That means that the unnamed California couple who stumbled on the gold coins could pay federal income tax on the find, with the highest rate pegged at 39.6%. They would also be subject to California's state income tax, which would take another 12 percent.

But the biggest sticking point in calculating the tax hit may be the coins' valuation, given that rare items are often hard to appraise.

"That's where the rubber will hit the road in terms of a dispute with the IRS," said Alan Solarz, a partner with law firm Bryan Cave LLP in New York. "One appraiser could say $10 million, another could say $1 million. It's not easy to value until you sell it."

The problem for the couple is that the government will likely require payment of taxes on the coins by April 15, 2015, regardless of whether they have sold all of them. That's because the "treasure trove" case from 1969 considers such windfalls as ordinary income.

The couple found the coins while walking their dog on their property. They do plan to put most of the coins up for sale on Amazon, while keeping a few as keepsakes, veteran numismatist Don Kagin told The Associated Press. The proceeds will be used to pay off bills and for charity donations, he said.

One potential legal loophole could be to argue that the coins were included as assets of the house when they purchased it, Solarz noted. Given that the coins were found on their own property, they "could take the position that if they bought the house, it was one of the assets they bought," he said. "If you buy land and you find oil, it's not income until you extract the oil."

Still, he added, fighting the taxman is "an uphill battle."