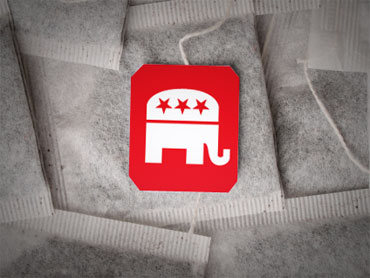 Now that the GOP is set to take power in the House of Representatives this January, the party is integrating Tea Party representatives into its official apparatus.

The House Republican Party's newly-formed transition team includes a number of House veterans, but it also includes freshmen Adam Kinzinger of Illinois and Tim Scott of South Carolina. Both Kinzinger and Scott won the support of both the Tea Party movement and Sarah Palin during their campaigns.

The 22-member transition team, which includes two other freshmen, will prepare the GOP for its leadership takeover so it can start acting on its agenda right away. More specifically, the team will work to implement the GOP's "Pledge to America" and look for additional ways to make Congress more transparent, cost-efficient and accountable, according to Transition Chairman Greg Walden (R-Ore.). The team's first organizational meeting is tonight.

Walden said last week that the team members were not chosen based on whether they had Tea Party support and said they represented "a nice cross-section of our Republican conference," according to the Associated Press.

He said in a statement today, "The diverse mix of experience, backgrounds and regions represented by this group will help to ensure this process brings meaningful reform to how Washington does business."

While the Republican Party has to some extent embraced the Tea Party, the movement may face a setback with Rep. Michele Bachmann's bid for a leadership role. The founder of the House Tea Party Caucus announced last week that she is running for GOP conference chairman, but her interest in the role has garnered a cool response from her Republican colleagues.

Rep. Jeb Hensarling of Texas is competing with Bachmann for the position, and he already has the endorsement of some prominent Republicans, including outgoing conference chair Mike Pence, Republican Whip Eric Cantor and Rep. Paul Ryan of Wisconsin.

In what is potentially a bad sign for Bachmann, Hensarling was named to the GOP transition team today while she was not.

Bachmann appealed to her colleagues in a letter she sent to them today: "To our Conference I bring strong principled conservative values, a proven level of experience, effectiveness with our friends in the local and national media, and an energetic national constituency that reflects the results of Tuesday night," she wrote. "It is important that our Conference demonstrate to the people who sent us here that their concerns will be tirelessly advanced at the table of leadership."