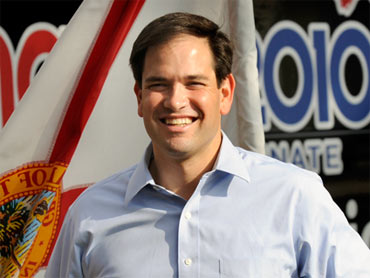 (CBS/AP) The Tea Party is facing its biggest test yet as a lasting movement in American politics. Known for its displays of conservative, anti-government zeal, the Tea Party shocked many by winning Republican primaries in states like Nevada, Utah and Kentucky.

About four in 10 voters considered themselves tea party supporters, according to an Associated Press analysis of preliminary exit poll results and pre-election polls. It was an impressive feat for a movement that didn't even exist in the last congressional election, two years ago.

CBS News takes a look at how the seven major Tea Party candidates fared, which will be updated as results come in.

Rand Paul, the son of libertarian congressman Ron Paul, is projected to win the Senate in Kentucky. It is his first run for office, facing off against Democrat Jack Conway.

Paul attacked federal budget deficits, the economic stimulus and health care overhaul. Conway tried to portray Paul as extreme and out of touch.

The race turned personal with ads over religion and a scuffle where a liberal activist was stepped on by a Paul supporter.

See the complete results for Kentucky.

O'Donnell has trailed badly in the polls, struggling to overcome questions about her background and quirky commentary she made as an evangelical pundit on cable television shows over the years, including that she dabbled in witchcraft as a teenager. She was endorsed by Tea Party icon former Alaska governor Sarah Palin.

Her loss to Coons is seen by the GOP as surrendering a Senate seat that could have gone Mike Castle, the Republican she defeated in the primary. See the complete results for Delaware.

Republican Marco Rubio is projected to win the Senate race in Florida as Gov. Charlie Christ, who is running and an independent, and Rep. Kendrick Meek split the Democratic vote.

Rubio built momentum through Tea Party rallies, driving around the state on a tight budget and often without staff to talk to any conservative group that would listen. His message was consistent: President Barack Obama's domestic spending and health care policies are a disaster and the nation will spiral downward if spending isn't controlled.

See the complete results for Florida.

Lee, a tea party favorite, has pledged to reign in government, keep children of illegal immigrants from U.S. citizenship and to repeal President Barack Obama's health care program. He is a 39-year-old constitutional law attorney who has never run for office since he was Brigham Young University's student body president.

See the full results for Utah.

At midyear, Reid appeared headed for defeat as Nevada suffered with the nation's worst unemployment, foreclosure and bankruptcy rates. But he told voters that no one could match his clout on Capitol Hill, and warned that Angle would usher in an era in which Social Security and Medicare would be on the chopping block.

Angle's unconventional ideas included using a drug-rehabilitation program for inmates devised by Scientology founder L. Ron Hubbard. She prided herself on breaking from convention, even distancing herself from the GOP that eventually embraced her.

The 61-year-old grandmother became animprobable Republican Cinderella story. Earlier this year, her campaign was broke and she barely registered in polling in a crowded GOP primary field. But a flood of outside money from the Tea Party Express and other groups helped her pull off a come-from-behind victory over moderate Sue Lowden, and a tea party champion was born.

See the full results from Nevada.

CBS News will report results for the following tea party candidates as they become available: Ken Buck in Colorado and Joe Miller in Alaska.