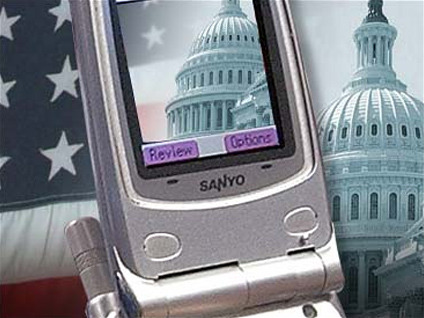 Nobody ever said leading was easy.

The Republican Party may have ridden to leadership in the House thanks in large part to the candidates and supporters of the Tea Party movement, but the incoming freshmen may not be so quick to toe the line.

The latest brush-up between GOP officials and Tea Partiers came after the group Tea Party Patriots announced an orientation meeting for incoming Congressmen, in conjunction with Rep. John Shadegg, R-Ariz.

When the Claremont Institute, a conservative think tank, announced a similar meeting at the same time — and reportedly refused to combine their meetings — Tea Party Patriots blasted the competing orientation as an effort to "co-opt" reform-minded freshmen.

In a message posted on the website IronMill.com, Jenny Beth Martin of Tea Party Patriots said Claremont's meeting was "coordinated by lobbyists and campaign consultants," and backed by longtime "DC insiders."

What's an upstart, reform-minded political movement to do? Tea Party Patriots published the cell phone numbers and personal e-mail addresses of 95 GOP Representatives and urged its supporters to call Members to complain.

"They need to know what you, their new constituents, think about their choice, and how you'll react if they choose to ignore the grassroots and immediately get in bed with DC lobbyists and RNC insiders," Martin wrote.

Roll Call reports that the numbers appear authentic (although a few turned out to be of retiring Members and, as the Washington Examiner reported, even three people who'd lost).

Hundreds of calls were made to Reps, as well as to Brian Kennedy, president of the Claremont Institute. He told Roll Call in an e-mail that he's been getting harassing calls: "I have received many nasty and threatening calls saying we should 'stand down' and that 'they have my number,'" he wrote.

On Friday, a follow-up message was sent by Tea Party Patriots to the callers asking them to cease and desist, for now:

"We have had reports from Congressmen-Elect's staff that they have received 500+ phone calls in less than 24 hours. When the Tea Party decides to make its collective voice heard all at once it's a bit like dropping a nuclear bomb. The government fears us, which is good for freedom," they wrote.

"For the moment, we are asking you to stop making calls."

The group acknowledged that some of the contact numbers they had included personal cell phone numbers or fax numbers. "This list was the best information we had at the time. We also understand that sometimes members of Congress find it annoying to receive numerous calls from voters. But we encourage them to remember it is part of the job and they asked to be hired. This will not be the last time."

The group limited its apologies to Tea Party favorites who'd lost. "We need to offer our sincere apologies to a John Koster, Jesse Kelly, and Keith Fimian who ran for office and did not get elected but we had them listed on our list of people to call. These are people who stepped up and were willing to serve the public. They lost their elections and need to be able to get back to their lives. We offer our most sincere apologies to you for having melted your phone lines."