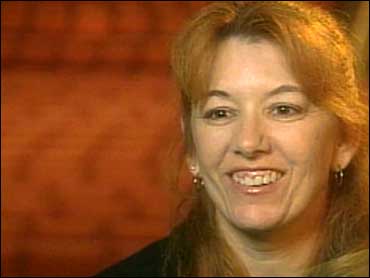 It's 3:30 p.m. at Westside High School in Houston, Texas, but Sharon Roberts' day is only half over, reports The Early Show correspondent Tracy Smith as part of series about ordinary people doing extraordinary things.

Roberts teaches five dance classes during the day - and then supervises the after-school Inertia Dance Company. Students audition for the highly selective troupe, and have backgrounds as diverse and impressive as their dance skills.

"We have kids from 10 different countries; we have kids that when we first met them didn't even speak English," says Roberts. "We have kids that would be viewed as – I hate to use labels but you would say they're 'at risk.' And what they learn from each other is society, that's the way the world is. Everybody's different."

While they may have their differences, each student must have a 70 percent or more in all his or her classes. "So it's a real balancing act, they're very dedicated and it's a lot of work," the teacher says.

That dedication has won them plenty of honors - three titles this year alone at the national level.

"When we perform, what people see is the dancing, and they see that performance and that glow, and what they don't see is the hours that, the commitment, the reliability, the teamwork, the responsibility."

Roberts says it's hard for teenagers to express themselves, but dancing gives them an opportunity. "They just shine with it."

Senior Man Dao says, "Other teachers - they're just trying to teach you, like, what you need to know, like Latin or English or anything like that - but Ms. Roberts, she teaches you, like, basically how to be a person, like, to try harder at life to succeed basically. Before I was, like, a borderline student but now, like, I try to bring my grades up and everything."

Junior Tiago Da Silveira, who originally comes from Brazil, says, "She's like a mother and a really good friend. Like I can talk to her about anything."

"If they've got a problem they know they can come talk to me about it, no questions asked," says Roberts. "I have sort of put myself in the position of being a liaison in a lot of ways between them and their parents, them and their teachers, them and their counselors. And put out some fires."

The hard work and long hours are not without reward. Roberts says she gets a lot in return.

"For me, the goal is 100 percent graduation. And seeing them go on to college," she says. "They leave here knowing that they can do whatever they want to do."

At least 13 people were killed when a SUV carrying 25 people crashed into a semitruck in Holtville, California, about 100 miles east of San Diego. CBS Los Angeles has the latest.