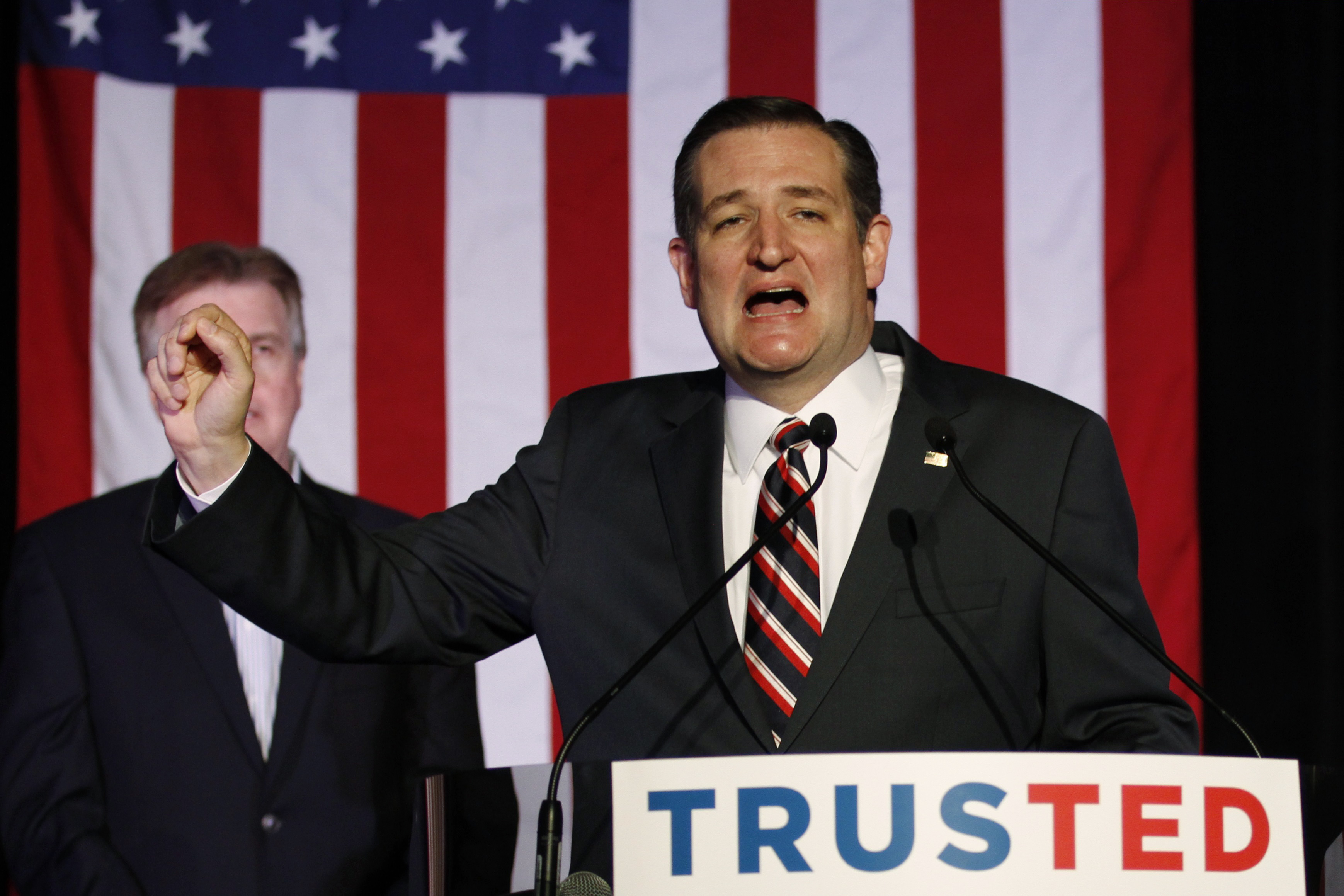 Firing back at critics of his call, in the wake of the Brussels terror attacks, for US law enforcement to be empowered to "patrol and secure Muslim neighborhoods before they become radicalized," Cruz slammed de Blasio for ending a controversial NYPD program that allegedly targeted Muslim Americans for surveillance.

Calling that program, known as the Demographics Unit, a model, Cruz accused the mayor of putting political correctness above public safety.

"You would continue the proactive policing that we saw here in New York," Cruz said of his plan. "You would reinstate the program that mayor de Blasio cancelled because political correctness was more important to him than protecting our safety."

For the second day in a row, Cruz complimented former New York Mayor Michael Bloomberg, a staunch defender of the Demographics Unit, which Cruz said worked "cooperatively with the Muslim community to prevent radicalization." On Monday, Cruz complimented Bloomberg at the AIPAC conference in Washington D.C. for flying to Israel in 2014 in the midst of the FAA's temporary flight ban after rockets landed near Ben Gurion International Airport.

Around the time Cruz was fielding questions from reporters at the Metropolitan Republican Club in Manhattan, Mayor de Blasio and Commissioner Bratton were attacking Cruz at another press conference.

"I just have to say it's reprehensible. His comments are not about safety and security. It's demagoguery," de Blasio said. Bratton went further, saying, "The statements he made today is why he's not going to become president of this country."

In a statement, the Anti Defamation League likewise condemned Cruz's call to target Muslim neighborhoods as "misguided and counterproductive" while DNC chairwoman Rep. Debbie Wasserman Schultz said it was a "shameful display of hate."

Perhaps unsurprisingly, the Texas Senator rejected those criticisms at his press conference, chalking it up to the political correctness of "Barack Obama and Hillary Clinton and the entire Washington Democratic party," which he described as having "left the world of the bizarre and entered the world of the absurd."

When asked about the concerns of Muslim Americans, Cruz responded, "I understand that there are those who seek political advantage and try to raise a scary specter," comparing his call to "standard law enforcement" that "focuses on the threat." Critics of the Demographics Unit say it was ineffective and trampled on civil liberties.

Despite being the home state of Trump, Cruz promised to compete " vigorously" in the New York primary, which he described as "very competitive." For his part, Trump offered a full-throated endorsement of Cruz's surveillance plan.

"I would support that 100 percent," the billionaire told CNN.