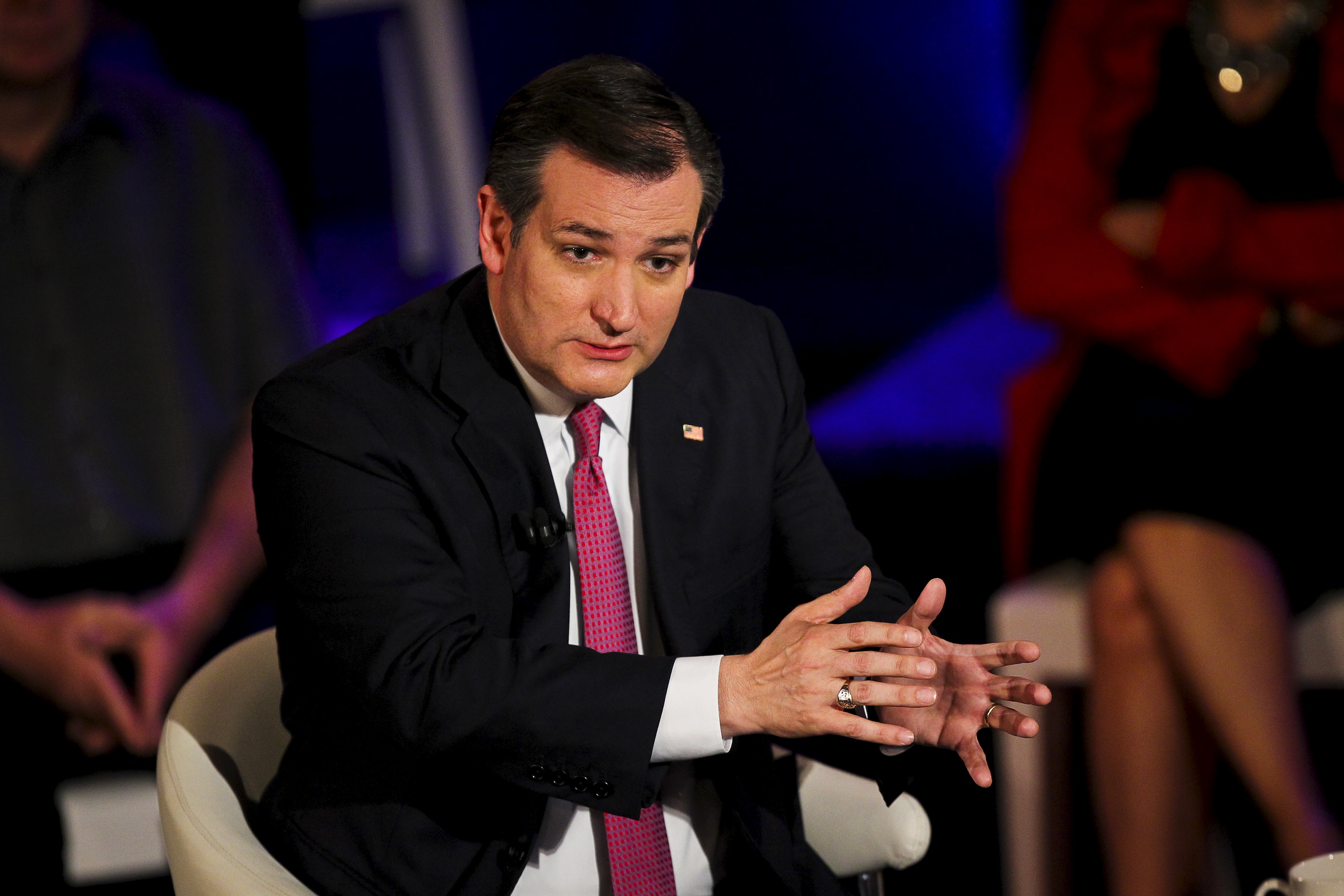 Ted Cruz said Wednesday that he opposes the idea of changing the rules that will govern the Republican National Convention in Cleveland this July.

In an interview with conservative radio host Hugh Hewitt, Cruz was asked if he endorses a key rule that requires candidates to win a majority of delegates in eight states in order to qualify for the nomination.

Cruz went on to say, "I think that would be a terrible idea for the Washington power brokers to change the rules, because they're unhappy with the candidates who the voters are voting for."

The Texas senator, who has been trailing Donald Trump in the delegate count, pointed out that that rule was implemented at the convention in 2012. He said there is now "some irony" in that it was Mitt Romney's team that put the rule in place in order to prevent Ron Paul from appearing on the ballot.

"So now when the Washington establishment candidates are losing, they want to change the rules to try to parachute in some candidate who hasn't earned the votes of the people. That is nothing short of crazy," Cruz said. "Under the rules, we should operate under the rules."

He suggested that if the convention rules are changed, protests would erupt.

"I think if the Washington deal makers try to change the rules to cook the books and insert their favorite deal maker, I think there would rightly be a revolt of the voters," he said.

Cruz expressed confidence that he would win the 1,237 delegates necessary to win the nomination before the convention, but he also admitted that there's a "real possibility" no one meets that threshold.

If a contested convention arises, however, the likelihood that the GOP changes its rules is pretty high. The four people who have so far been selected to serve on the GOP rules committee for the convention have said they're prepared to alter the rule, Politico reported. According the the Republican National Committee, the Rules Committee will eventually include a man and woman from every U.S. territory -- 112 people in total.

In the delegate race so far, according to CBS News' latest count, Trump leads with 737 delegates, Cruz has 460 and John Kasich has 143, fewer than Marco Rubio, who dropped out of the race earlier this month.