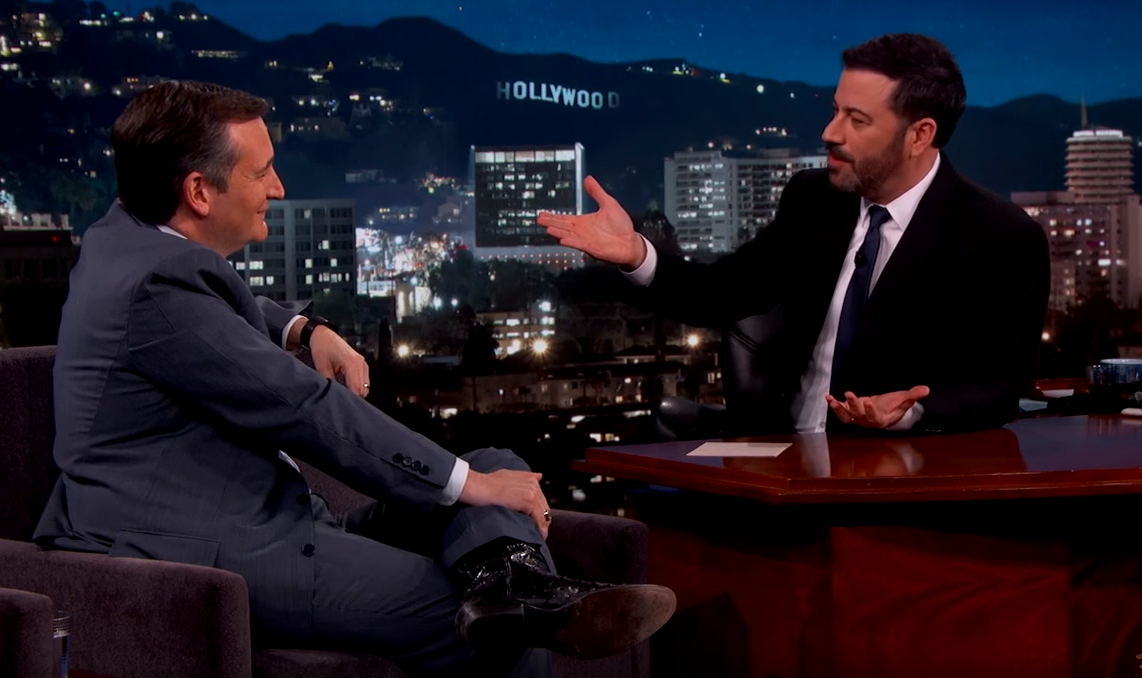 As tensions between Ted Cruz and Donald Trump have been rising over the past few weeks, Cruz openly joked about running over his GOP rival during a Wednesday interview on "Jimmy Kimmel Live."

When asked if the billionaire was the person he disliked the most in America, Cruz replied, "If I were in my car getting ready to reverse and saw Donald in the backup camera, I'm not confident which pedal I'd push."

The Texas senator even hinted that he liked President Obama personally more than the bombastic Trump who has repeatedly gone after Cruz's wife. "I dislike Obama's policies more, but Donald is a unique individual," Cruz said when Kimmel asked him, "Who do you like better, Obama or Trump?"

Cruz's appearance was his first foray this year into late night television and his second since the campaign began. He first appeared in September of last year in an interview on CBS's "Late Show with Stephen Colbert."

Taping the interview in Hollywood, California, a symbol of the liberal West Coast, Cruz struck a self-deprecating tone. "I thought about dropping out of school, going to Hollywood and becoming an actor. But I didn't have good looks or talent," Cruz joked ruefully.

During another segment he described his first concert, Men at Work as the "tamest concert on earth," and he recalled seeing Pink Floyd at the Houston Astrodome as a senior in high school, recounting, "Two or three seats down from me was a police officer smoking a joint. Holding a roach clip, smoking a joint. And I have to admit, I was 17 at the time, he was in uniform, an officer in uniform. I shook my head and said well, it's Floyd."

After the interview, Cruz spoke with reporters gathered outside the El Capitan theater where he rebuked Trump's comments earlier in the day about punishing women who seek abortions if the procedure was outlawed.

"That comment was wrong and it really -- it's the latest demonstration of how little Donald has thought about any of the serious issues facing this country," Cruz said slamming Trump. He added, "I am pro-life. Being pro-life means standing and defending the unborn. But it also means defending moms. Defending women. And defending the incredible gift women have to bring life into the world. And Donald's comments, they were unfortunate, they were wrong and I strongly disagree with it."